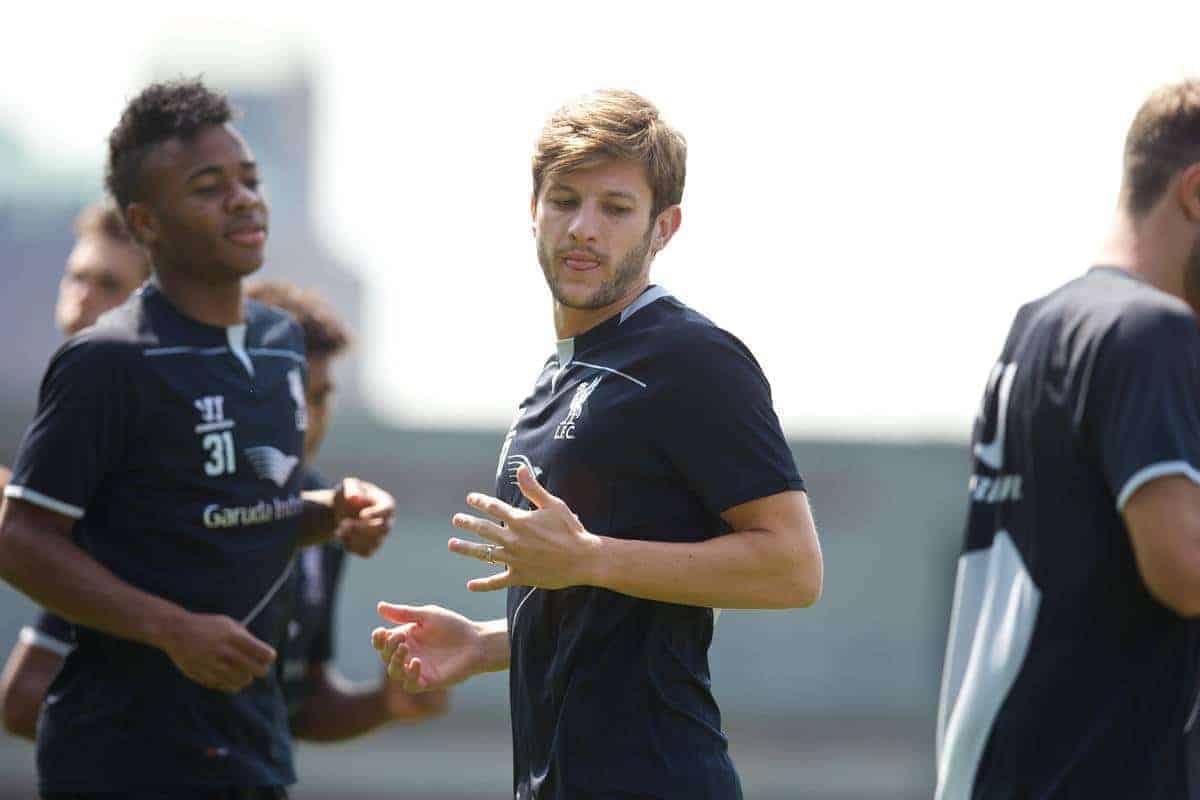 Liverpool have been dealt a major blow to their preparations for the new season with the news that midfielder Adam Lallana has been ruled out for six weeks.

The 26-year-old is yet to play a game for the Reds, only returning to training last week after England’s World Cup campaign.

Lallana “sustained a knock to his lateral collateral ligament” — in laymen’s terms a knee injury — during a training session at Harvard University in Boston, where Liverpool are based on their USA tour.

A statement released by the club on Friday night reads:

Lallana has been assessed by Liverpool’s medical staff and does not require surgery.

No specific timeframe has been placed on a return to fitness, but injuries of this nature can result in a spell of anywhere up to six weeks on the sidelines.

Lallana’s injury will be a big blow to Brendan Rodgers’ plans for his £25 million signing from Southampton, likely to miss at least Liverpool’s first three games of the Premier League season.

He will be sidelined for the opening day clash against his former club on Sunday, August 17th at Anfield.

Lallana will stay with the club’s medical team in America for further tests and on their return to Merseyside at the end of next week.

Rodgers and his team meanwhile are preparing for Sunday night’s friendly clash against Olympiakos at Solider Field in Chicago. Kick-off is 11pm (UK).