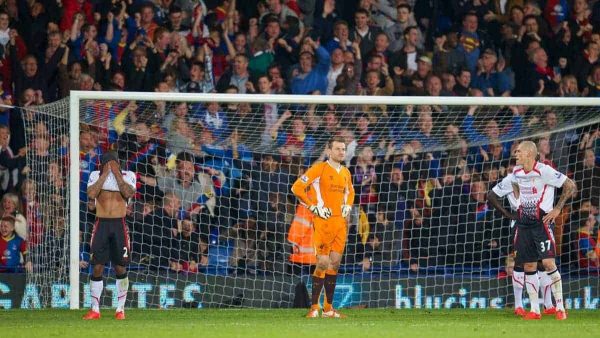 With Pepe Reina set to leave Liverpool for Bayern Munich this summer, Jack Lusby looks at five potential goalkeeping targets for the Reds who could compete with Simon Mignolet.

With the news that former stalwart Pepe Reina is set to move to Bundesliga champions Bayern Munich in a £2 million deal this summer, all hope has faded that the Spaniard could return, triumphantly, to Anfield.

For the realists amongst the Kop faithful, that was never going to happen.

That the 31-year-old was essentially ostracised throughout Liverpool’s pre-season schedule should have alerted all to the imminent departure of a player who once shone so gloriously between the sticks for the Reds.

This leaves Brendan Rodgers once more with a gap in his squad when it comes to a back-up goalkeeper; Brad Jones may prove an able deputy in less tasking encounters but the Australian has never truly challenged for a permanent role.

Previously rumoured targets such as Karl Darlow, Guillermo Ochoa and Michel Vorm have all made moves elsewhere this summer, surely shifting Red eyes to further climbs.

With that in mind, and with the transfer window still in full flow, here are five goalkeeping options for Liverpool this summer—to provide competition and backup for Simon Mignolet.

Jones’ compatriot Mat Ryan performed comfortably throughout the World Cup this summer, despite Australia coming under heavy fire more often than not.

The 22-year-old proved his worth as a physically imposing goalkeeper following a 2013 move to Belgian Jupiler Pro League side Club Bruges.

Last season the Australian kept 15 clean sheets in 40 appearances last season—a rate of 0.38 games per clean sheet, the same rate as Mignolet, albeit in a lesser league.

The youngster was linked with a move to Real Madrid earlier this summer, although speculation was swiftly quashed by the player’s agent, according to Fox Sports.

At such a young age and with clear potential, Ryan would be an excellent capture by Rodgers, and a player who would both provide cover for Mignolet and keep the Belgian on his toes for the No. 1 spot.

Another young player that Rodgers would be encouraged to monitor would be 1. FC Koln shot-stopper Timo Horn.

The 21-year-old is yet another in a long line of exceptional German goalkeepers, following in the footsteps of Marc-Andre ter Stegan, Ron-Robert Zieler and Bernd Leno in recent years.

The latter pair would also be intriguing targets for the Reds, although it is debatable whether either would be happy with a peripheral role.

Horn has played his football in the German second division for the past two years, and as such—despite Koln’s promotion to the top tier last season—could perhaps be more interested in this position.

The U21 international kept 16 clean sheets in 2013/14, and would be a superb signing for the Reds this summer.

Over to Italy now, and 21-year-old Genoa goalkeeper Mattia Perin stands up alongside Ryan and Horn as one of the most promising young prospects in European football.

At such a young age, Perin made 37 appearances for the Serie A side last season, keeping 11 clean sheets—once more, this rate is comparable to that of Mignolet in the Premier League.

Furthermore, according to Squawka the Italian made 2.38 saves per game on average in 2013/14; compared to the Belgian’s 1.97, this shows that Perin can deliver the goods despite having more work to do.

The goalkeeper was included in Cesare Prandelli’s World Cup side for this summer’s tournament and, although having to remain content with a place on the subsitutes’ bench, will have learnt from this experience.

Much like Ryan and Horn, Perin could be one for the future and for the now, both challenging and providing backup to Mignolet.

Although England’s Fraser Forster looks set to move to Southampton this summer, Rodgers would be wise to test the water at least for what is a phenomenal goalkeeper.

At 26 years old, the Celtic man has plenty of gas left in the tank and, coming from a much lesser league may well accept a battle for No. 1 spot at Anfield.

Last season, the SPL’s answer to Gregor Clegane broke the Scottish league record of minutes without conceding a goal, with a run of 1,256 minutes without picking the ball out of the net.

Furthermore, a smattering of sensational appearances in the Champions League earned Forster the highest of praise from one Xavi Hernandez:

It is important that Reina’s replacement wouldn’t command wages anywhere near the astronomical figures that the Spaniard commanded throughout his tenure, and a step up for Forster could see this play in Rodgers’ hand in this respect.

Rodgers has often been forthright with his admiration for Reading goalkeeper Alex McCarthy, and a move to Anfield would suit both parties this summer.

Following the Englishman’s shut-out display against the Reds in 2012/13, the Northern Irishman told reporters “I can’t remember being at a game where a goalkeeper has performed like that, either as a manager, coach or spectator.”

At just 24 years old, McCarthy has huge potential for development, and has already proven his credentials in the Premier League.

According to Squawka, last season—competing in the Championship—the goalkeeper kept 12 clean sheets in 44 appearances, making an average of 3.34 saves per game.

As the Liverpool manager is clearly a fan, and with Reading remaining in the second tier for another season, perhaps this summer would be the perfect time for the Reds to pounce on this promising young talent.

Which goalkeeper would you like to see replace Pepe Reina at Liverpool this summer? Let us know in the comments below.