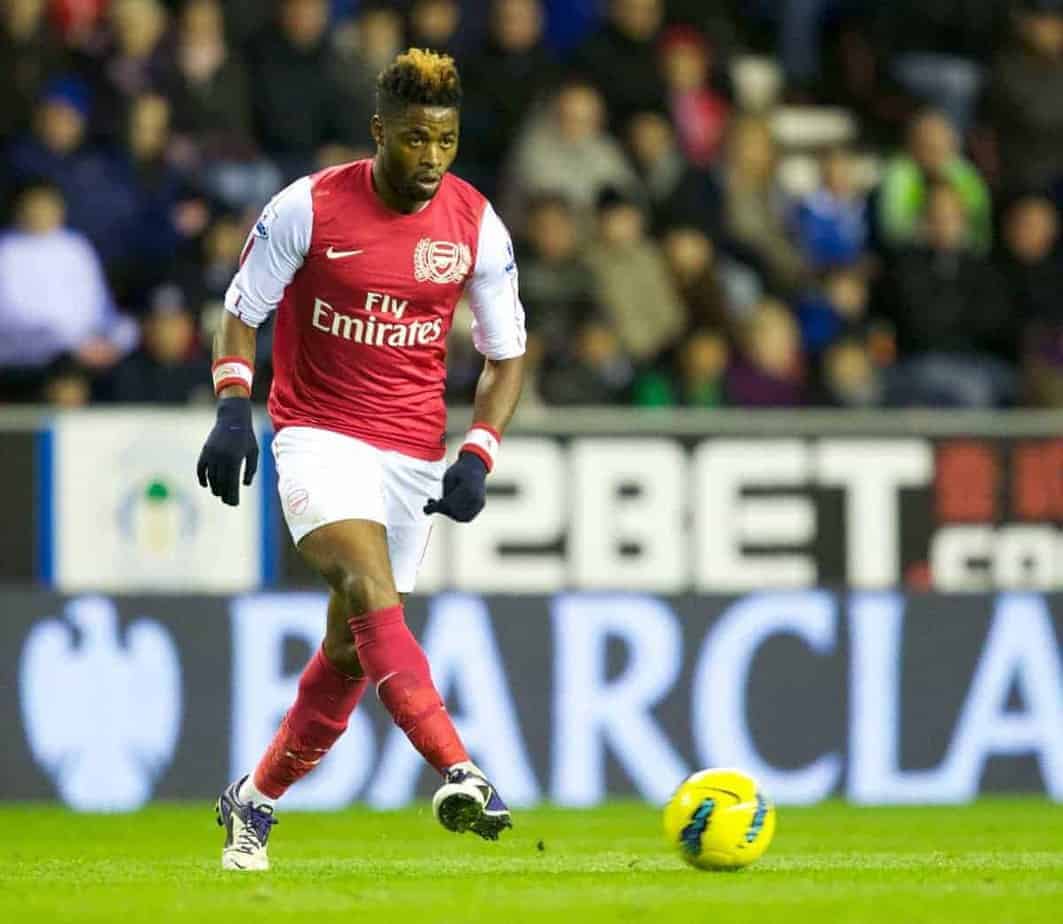 Barcelona midfielder Alex Song has been made available on a “free loan”, reports claim. Jack Lusby believes this is an ideal opportunity for Liverpool.

With new Barcelona manager Luis Enrique keen to shake things up in order to stamp his authority on the side, several high-profile names are being made available for transfer.

Perhaps the most surprising move of the summer so far was Cesc Fabregas’ transfer to Premier League title contenders Chelsea, having been spurned by former club Arsenal.

Another former Gunner looks set to follow Fabregas out of La Liga, with The Telegraph reporting that Cameroon midfielder Alex Song has been
made available on a “free loan” move.

Barcelona will allow Alex Song to leave on a free loan, which could tempt a number of Premier League clubs http://t.co/5HxM9OCTzS

Matt Law, writing for the publication, claims “Song ideally wants to return to the Premier League after being told to find a new club by Barca.”

“The Spaniards have put a knockdown £8 million valuation on Song’s head for a permanent transfer, but their willingness to send him on a season-long loan without receiving any fee is particularly appealing.”

Spurs, Everton and Manchester United have been touted as potential destinations for the midfielder.

Furthermore, Liverpool have been linked with a move in the past.

The dismal performance of Lucas Leiva in the 2-1 opening weekend victory over Southampton clearly underlines the need for another defensive-minded midfielder at the club.

Joe Allen and Emre Can both have these qualities but are arguably more effective further up the pitch.

At this juncture, and with an attractive, low-cost deal apparently available, signing Alex Song this summer would be an ideal move for Brendan Rodgers’ Liverpool.

First and foremost, as a defensive midfielder, Song would be tasked with breaking up play intelligently for Liverpool.

This, luckily, is a major factor of the Barcelona man’s game.

In the past five seasons, Song has made 2.9 tackles and 2.2 interceptions per game on average—an impressive return for a defensive midfielder.

Alex Song: Only 3 players with 10+ La Liga apps this season have a better pass accuracy than Song (91.7%)

Another factor that would see Song slot astutely into Rodgers’ Liverpool side is a cultured, composed passing style.

This is particularly relevant given the Cameroon international’s assimilation into a similarly patient system at Barcelona, a system punctuated by the swift attacking bursts that have become synonymous with the Ulsterman’s Anfield reign.

Song has boasted passing accuracies of 92.7 per cent and 91.7 per cent in successive seasons with the Catalan
club; this would top all but Mamadou Sakho in the Liverpool squad of last season.

Furthermore, given more of a license to probe under Arsene Wenger at Arsenal, Song became an exceptional deep-lying creative player, recording 11 Premier League assists in his last season in North London.

Alex Song: Got more assists from open play in league games last season (11) than any other central midfielder in Europe's top 5 leagues

Song played off the movement of Robin van Persie, and would excel working with Daniel Sturridge.

At Barcelona, the midfielder was also utilised at centre-back, showcasing a versatility that will lend the player well to Rodgers’ squad.

With Liverpool’s centre-back options dwindling following the loan move of Tiago Ilori and the reported plea from Daniel Agger to leave Merseyside in search of first-team football, Song could provide cover when required.

Rodgers has spoken of his admiration for versatile players in the past, and Song would be another option of this ilk.

Furthermore, with Liverpool embarking on their first Champions League campaign since the Northern Irishman assumed the manager’s role, Rodgers could utilise the experience of Song to his advantage.

The midfielder has featured in challenges for silverware in both domestic and European competitions and this would be invaluable for the Reds this season.

What’s more, unlike the acquisition of Kolo Toure last season as an old-hand, Song is at a prime age, as a 26-year-old.

This would allow the Cameroonian to feature prominently for the Reds if needed, and potentially develop into a better player under Rodgers.

This quality, versatility, experience and scope for endurance and development are paired with the economic implications—or lack thereof—of a potential “free loan” deal should make Song the ideal man for Liverpool this summer.

The main downside to signing Song would be the player’s questionable discipline.

Last season, Lucas was the Reds’ most undisciplined player, committing 1.7 fouls on average per game, as well as collecting six yellow cards—only Steven Gerrard was cautioned more often, having made seven more appearances.

At Barcelona last season, Song made 1.3 fouls on average per game, although the midfielder was only cautioned twice in 19 appearances.

Beyond Lucas, Song would be the least defensively disciplined player in the Reds’ squad if he were sign.

Furthermore, as the World Cup proved, Song is susceptible to serious lapses in judgement in terms of player relations—the midfielder was sent off for a deplorable rake down the back of Croatia forward Mario Mandzukic.

This is an area that Rodgers would need to work carefully on.

Where Song Would Fit in at Liverpool

Overall, whilst Song’s discipline would need to be nurtured at Liverpool, the qualities that the midfielder would offer Rodgers outweigh any misgivings.

A capable defensive midfielder also adept in the creative areas of the pitch, Song would be a great option in terms of a system based on a quick transition from defence to attack—a trademark of the Reds’ play last season.

Potentially replacing Lucas, Song is a more mobile and gifted option who is able to play in a variety of roles and positions.

The same cannot be said of the Brazilian who has struggled as an advanced midfielder of late.

Song’s ability to provide from deep could also see the Cameroonian deputise for Gerrard on occasions, and Sturridge and Raheem Sterling would surely thrive on the midfielder’s lofted through-balls.

Alex Song on a free loan would be a very good signing for Tottenham, Everton or Manchester United. Had a v good final season at Arsenal.

Most importantly, this is reportedly a “free loan” and would ensure little risk on Liverpool’s part.

Such an option at such a price cannot be ignored.

All statistics courtesy of WhoScored.com.

Would Alex Song be a good signing for Liverpool? Let us know in the comments below.