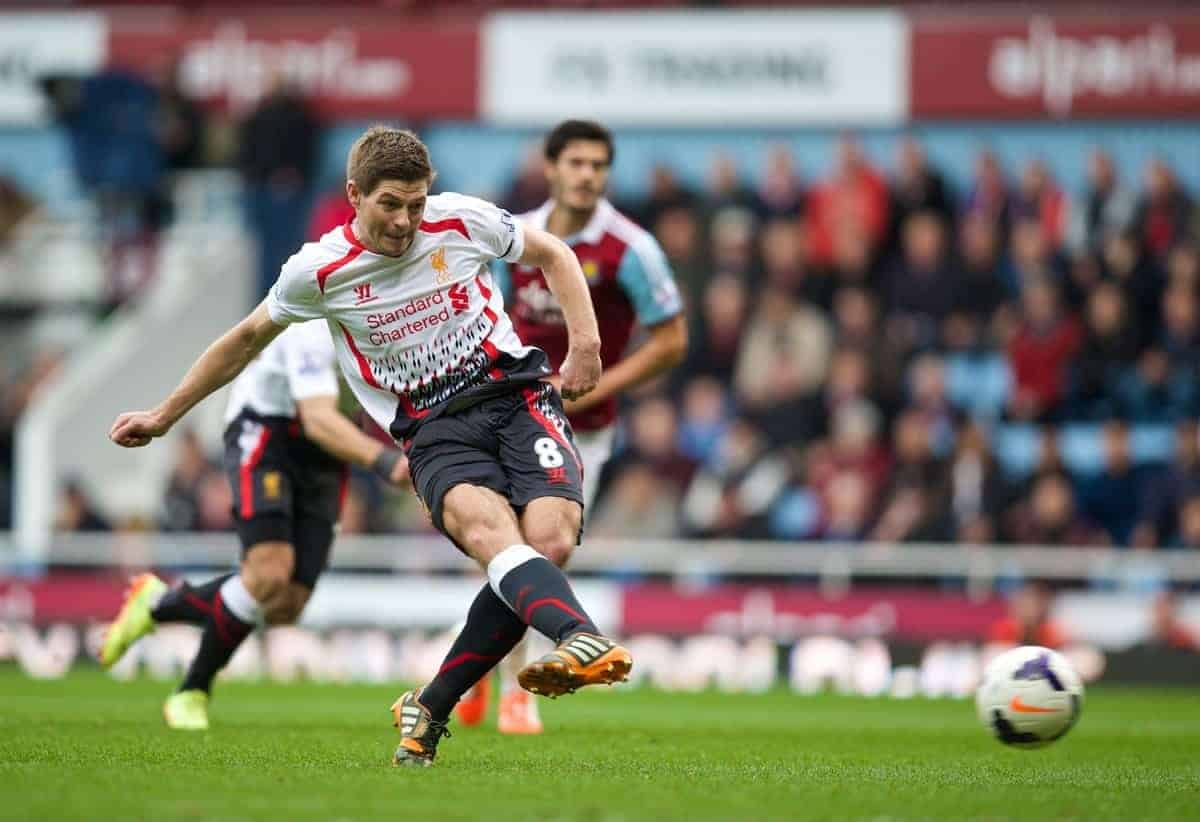 Liverpool return to Premier League action on Saturday evening as they travel to East London to take on West Ham. Ben Twelves look ahead to the clash. Liverpool head to Upton Park for their third game in a week, looking to build on Tuesday night’s win over a spirited Ludogorets team at Anfield, with a return to winning ways in domestic competition on Saturday evening against West Ham.

The Reds’ kicked off their Champions League campaign with a welcome three points, but once again the teams’ disjointed general performance was the main talking point of the fixture, and if Brendan Rodgers’ side want to end the win-one-lose-one run of form, an improved performance from the last two games is certainly going to be needed against Sam Allardyce’s battling team.

BR: It’s naturally going to take time for the new players to play cohesively. I’ve been really pleased with how they’re settling though.

Injuries have played a part in Liverpool’s early season spell of turbulence, as a much changed side continues to gel, and Rodgers will once again be without a number of players for the trip to the East End who haven’t recovered from injuries, with Martin Skrtel being the only one who has.

Last season’s fixture saw Liverpool, who have won on both of their last two visits to the Boleyn Ground, record a 2-1 win during their astonishing 11 game winning streak – a result that fired Rodgers’ team to the top of the Premier League, thanks to a penalty scored in either half by Steven Gerrard.

West Ham equalised through Guy Demel that afternoon, who poked the ball home a minute after Liverpool had taken the lead, with a goal that should have been ruled out for a blatant foul on Simon Mignolet by ex-Red Andy Carroll.

Liverpool are set to be without Daniel Sturridge for the third game in a row, but the England international has returned to light training as he nears a return to action – which is hopeful of coming in the first Merseyside derby of the season, a week on Saturday at Anfield.

Glen Johnson is also set to miss the trip to East London with the England right-back still side-lined through a thigh injury and Emre Can along with Joe Allen, who both sustained ankle problems while on international duty, are again unavailable for the clash.

BR: The international break was poor as we lost some of our players and that upset our rhythm. We’ll continue to work hard.

More bad news on the injury front comes with Jon Flanagan now being ruled out for a few months, after having to undergo surgery on a persistent knee problem that has prevented the 21-year-old from first team involvement yet this season.

There’s positive news for Rodgers however with Martin Skrtel, who’s set to be available for selection for the match after recovering from an injury picked up against Manchester City in the second game of the season, however his recent return is likely to see the Slovakian begin on the bench.

Lazar Markovic is expected to return to the squad after the Serbian winger was suspended for Tuesday night’s victory over Ludogorets, due to a ban carried over from last season’s Europa League campaign with former club, Benfica. The 20-year-olds freshness could also see him come straight into Rodgers’ team for the clash.

It’s been an indifferent start to the season for Saturday’s opponents, who have lost both of their first two home league games of the season, against Tottenham on the opening day of the season and Southampton respectively.

An inconsistent season last year prompted Allardyce to ring the changes in the summer – moving on seven first team players and signing no less than 9 players – as the Hammers’ boss searches and hopes for a more consistent and productive campaign this time around.

Some senior and experienced players were amongst those shown the door by the West Ham boss, including former Liverpool man Joe Cole who was released, Matt Taylor, Mohamed Diame, George McCartney and one-time Reds loanee, Alou Diarra.

BR: I thought Stewart Downing was the best player on the pitch the other night.

The Hammers will return to action at the Boleyn Ground after drawing 2-2 at away against Hull City on Monday night, hoping to record a first win of the season in front of their home fans against Rodgers’ side, while Liverpool arrive in E13 in search of an improved performance and consistency in results.

The Reds will yet again be shown live on Sky Sports 1, with kick off at Upton Park coming at 5:30pm.