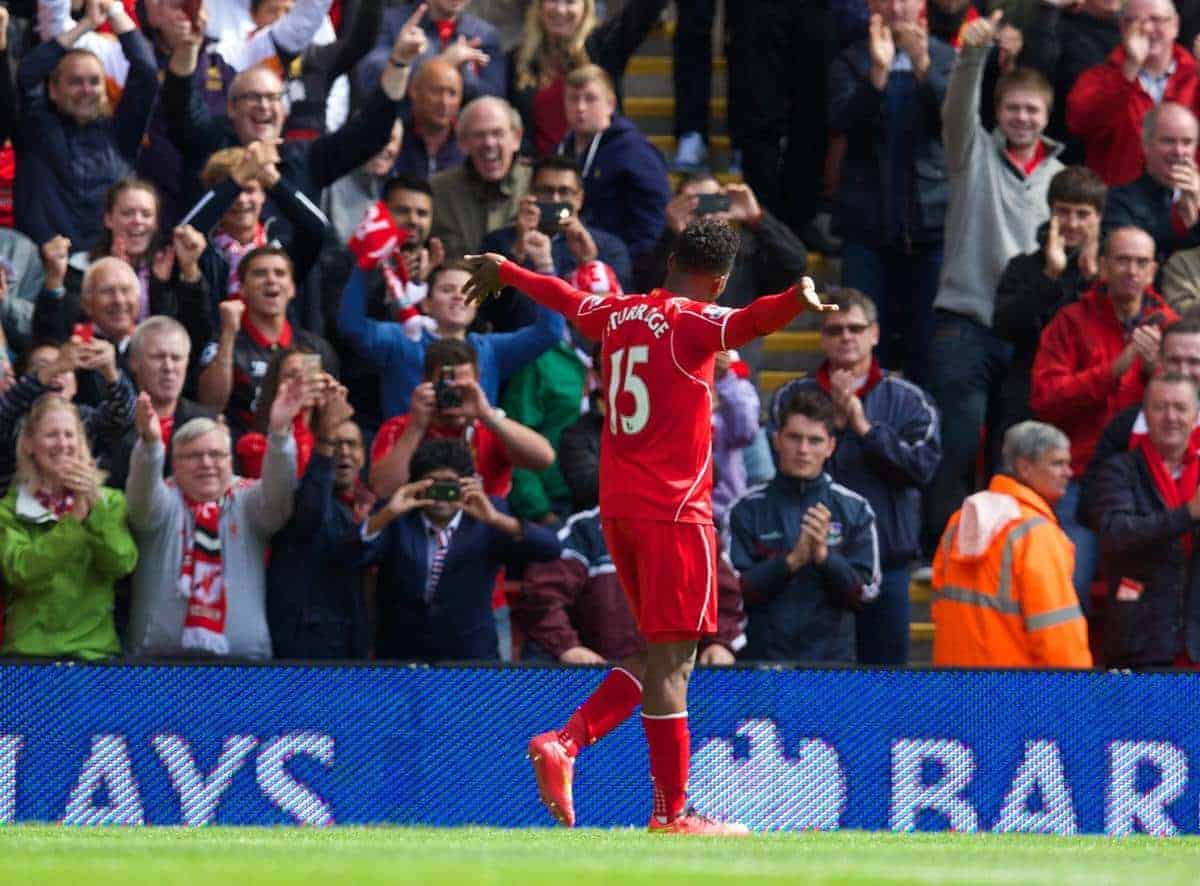 A new contract for Daniel Sturridge underlines the importance of the Liverpool striker, particularly in rescuing the side’s poor form, writes Jack Lusby.

Finally, some good news for Liverpool fans: Reds striker Daniel Sturridge is set to be rewarded with a new, five-year contract at the club.

The 25-year-old former Chelsea man is, according to the Liverpool Echo, “Sturridge’s status as one of the Premier League’s top marksman will be recognised with a salary in excess of £100,000 per week.”

This timely release, on the back of another dismal defeat, 1-0 away to FC Basel in the Champions League on Wednesday night, will remind Liverpool fans that not all hope is lost.

With 36 goals in 52 games for Liverpool following a £12 million move in January 2013, Sturridge is an incredibly key player for manager Brendan Rodgers, and his absence is affecting the Reds’ style of play massively.

Since Sturridge’s injury, sustained on the previous international and much to Rodgers’ chagrin, Liverpool have won just twice in six games; the side find themselves 14th in the Premier League.

Returning to full fitness, hopefully in time for Saturday’s home league clash with West Bromwich Albion, Sturridge’s new contract serves to underline the growing importance of the striker to Liverpool.

Since Sturridge’s injury Liverpool have been abysmal.

Missing the entirety of the September fixture list, the absence of the Englishman has seen the Reds lose back-to-back Premier League encounters at home to Aston Villa and away to West Ham United, as well as scraping victories against PFC Ludogorets Razgrad in the Champions League and Middlesbrough in the Capital One Cup.

The most recent loss away Basel serves to outline the deficiencies in Liverpool’s game since the injury to Sturridge—a major factor in the side’s poor form.

Without Sturridge, the Reds’ style of play seems to have changed, and this is undoubtedly due to necessity.

Rodgers has opted, most regularly, for a 4-2-3-1 formation, with a midfield base of Steven Gerrard and Jordan Henderson and any of Raheem Sterling, Philippe Coutinho, Adam Lallana and Lazar Markovic supporting lone striker Mario Balotelli.

However, in this system the side lacks the overwhelming attacking pace that Sturridge provides, and often a lack of ideas—due to a lack of movement—has seen the Reds’ forward play trudge to a halt.

Ultimately, however, Sturridge’s injury has coincided with a lack of goals from Rodgers’ side.

In the three games that the Englishman played at the start of the season, Liverpool scored six goals, whilst without Sturridge the side has found the onion bag the same amount of times in double the fixtures.

Don't worry about Liverpool going behind, full of goals this Reds side.

Rodgers’ side of last season prided themselves on being able to outscore any opponent, but this campaign are struggling to maintain this level and this, coinciding with Sturridge’s absence, is the most salient factor in the striker’s new contract.

In Sturridge’s stead, the player to have struggled the most throughout Liverpool’s poor run is the Englishman’s strike partner, Balotelli.

The pair dovetailed phenomenally in the last, and only, game they have played together—the 3-0 victory away to Mauricio Pochettino’s Spurs.

That win served to be the last emphatic moment of Rodgers’ season so far—unless you count beating Middlesbrough 14-13 on penalties—and Sturridge’s international-break injury has heaped immense pressure on Balotelli.

Leading the line on his lonesome, Balotelli has looked eager to impress but with little of the output.

This was compounded with a total of 10 shots, many from long range and only two on target, in last weekend’s Merseyside Derby draw at home to Everton.

Mario Balotelli has attempted more shots on goal (10) than the entire Everton (7) side today. He's trying, bless him. pic.twitter.com/3BwvbccvUv

For all of Balotelli’s struggles, these can be attributed to the lack of Sturridge’s presence in the attacking line, with the Italian currently being tasked with providing in areas that aren’t natural to him.

The £16 million striker is regularly criticised for coming too deep to collect the ball and influence play, with both performances in the Champions League so far outlining this, and this jars with the position Balotelli is currently being deployed in.

However, Balotelli’s instinct to drop deep, into more of a No. 10 position, perfectly complements the style of play that Sturridge brings to this Liverpool side.

The former Milan man’s 10 shots in the Merseyside Derby were a frustrating regularity at Anfield, but were likely borne of the frustrations of the striker himself; there is undeniably less movement in the 18-yard area in Sturridge’s absence.

The signing of Markovic this summer added pace, intelligence and flair to the Liverpool attack, but so far for the young forward has failed to make his mark in a Reds shirt, and this has contributed to the side’s struggles this season—although there is plenty of time yet for the Serb.

With Balotelli in the side, with his particular, cultured style of play, Rodgers’ side needs an attacking player capable of and willing to play off the shoulder of the opposing centre-backs.

This is where Sturridge, perhaps motivated by this new deal, will step in.

There will, unfortunately, be an immediate expectancy placed on the shoulders of a returning Sturridge, presumably from the kick-off in Saturday’s home encounter with West Brom.

Balotelli’s profligacy, and the collective debacle that is Liverpool’s current form, will demand an immediate return to goalscoring form for the Englishman, and this may be an unrealistic demand for a player who has missed the last six games.

However, with a new “heavily incentivised”, £100,000-per-week contract, Sturridge becomes one of the club’s highest earners, and this contract is a symbol of the striker’s growing importance to the side—on these terms, Sturridge will be expected to deliver prolifically and consistently.

Sturridge has history with West Brom, with the Midlands-born man trading off with Luis Suarez in an ‘everything you can do, I can do better’ romp in the corresponding fixture almost one year ago.

In that fixture, Sturridge scored a sensational, long-range chip, sent over a sprawling Boaz Myhill, and Liverpool fans will be hoping for more of the same on the striker’s return.

Liverpool are rewarding Sturridge for performances of this quality, and the 25-year-old’s new contract underlines the importance of these performances to Rodgers’ side—the Reds manager will be expecting more of the same with his star man on an increased deal.

Is a new contract for Daniel Sturridge a just reward for his growing importance to Liverpool? Let us know in the comments below.