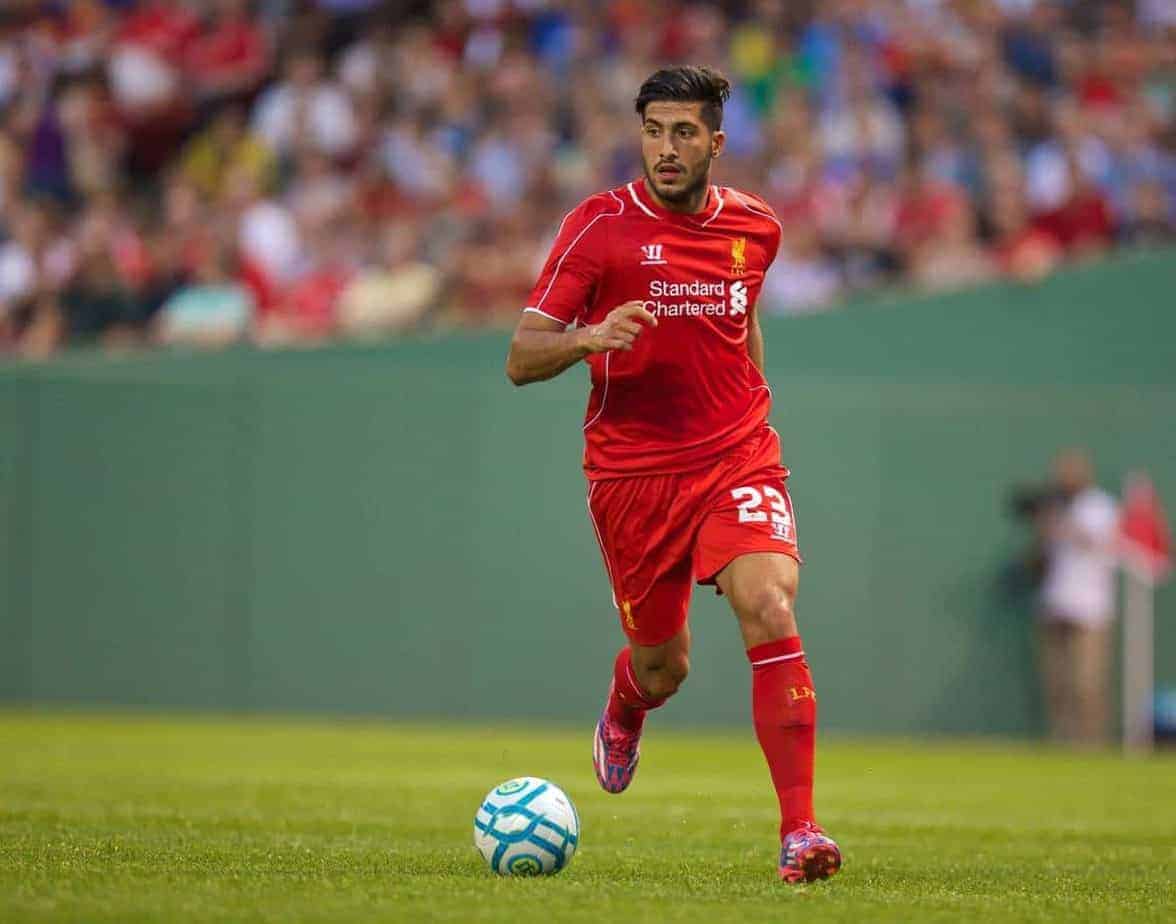 Emre Can is expected to be fit for Sunday’s clash with QPR, and Henry Jackson believes the 20-year-old’s return could be crucial for Liverpool.

Can managed just two cameo appearances for Liverpool before picking up an ankle injury for Germany’s Under-21 side in September, but he showed enough promise in those games against Manchester City and Tottenham to suggest the Reds have a potential star in their ranks.

The 20-year-old played with maturity, showing an ability to run with the ball, a strong physical presence and an excellent reading of the game in the middle of the park.

His absence through injury has proven to be a blow to Brendan Rodgers and his side. Without Can available, the increasingly important Joe Allen has also been a great loss, Rodgers’ midfield options have been extremely limited, with Steven Gerrard forced to play more than perhaps was planned.

Can should be available for Sunday’s clash with QPR at Loftus Road, and although it appears unlikely he will start proceedings, it’s a huge boost having him back in the squad.

In an interview with Liverpool’s official website over the weekend, the former Bayern Munich and Bayer Leverkusen man spoke about his fitness, and how he feels he will only get better and better at Anfield:

“I’ve worked a lot on my fitness after the injury and I’m doing fine. I had a couple of problems in pre-season after I joined the club. Then I had two good games for Germany and I picked up the injury.

“I’ll get fit again and I’ll be stronger but that’s all part and parcel of football. I will definitely fight for the club and try to make sure we win every game, as will my teammates. I’ll give 100 per cent.

“I’ve got to say [the games against City and Tottenham] were not my best, because I was struggling a bit with a calf problem in both those games and that meant it was difficult to do everything at a high tempo. When I’m fully fit again I’ll be able to produce better performances. I’m really convinced of that.”

The fact that Can was not particularly impressed with his displays in a Reds shirt so far bodes well, because he certainly caught the eye in my opinion. He clearly also has a good team ethic and strong self-belief; something so evident in this current generation of young German stars.

There is enormous potential there, and the physical stature he possesses, coupled with his technical quality, means he has the ability to become an extremely fearsome midfielder in the mould of Chelsea‘s Nemanja Matic in the coming years.

With Gerrard ageing, and Allen and Jordan Henderson somewhat wasted in a deeper midfield position, that role may be made for Can for many years to come.

The 20-year-old’s versatility is another plus point. Not only has he played effectively as a left-back during his time in Germany, but he also excelled at centre-back for the Under-21s recently, as Jack Lusby expertly dissected last month.

He looked a class act and seemed totally at ease in the role, which must give Rodgers food for thought considering how shaky Liverpool’s defence has looked at times. Of course, throwing him straight in at the back would be careless – midfield remains his best position – but it’s certainly something worth monitoring. Would Can be a worse option than Kolo Toure at centre-back in Dejan Lovren and Mamadou Sakho’s absence?

Because of his injury problems, Can has almost been forgotten about, but of all summer signings the club have made, he is definitely one of the more exciting and promising.

While the combative midfielder remains very much a squad player for now, his influence on the Liverpool team is only going to increase with time. He has everything in his armoury to become a truly top class player, and his return from injury is vital.