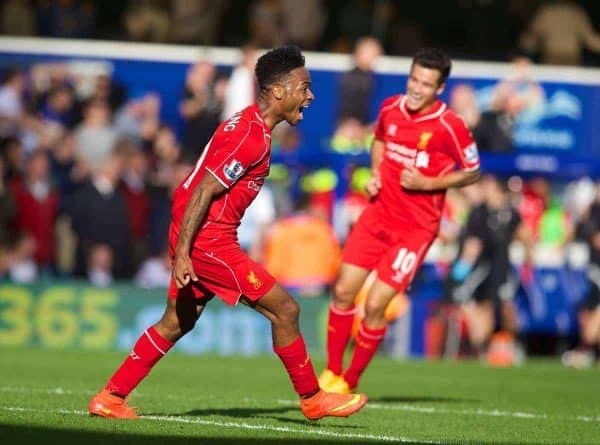 QPR 2-3 Liverpool: Last-gasp Caulker own goal wins it for Reds

A last-gasp own goal by Steven Caulker earned Liverpool all three points on an amazing afternoon at Loftus Road, which saw three goals scored in stoppage-time .

The Premier League returned for Liverpool, following a two-week break for the international break, and Brendan Rodgers made four changes to the side that beat West Brom in their last league game.

It was Johnson’s first start since August, while Can had been missing since early last month. Moreno was rested ahead of Wednesday’s vital Champions League with Real Madrid at Anfield, while Lambert was dropped.

A win was paramount for the Reds, as they looked to spark a slightly poor start to the season into life.

Charlie Austin fired over after just two minutes for the hosts, and QPR twice threatened aerially in the opening exchanges. Dejan Lovren, in particular, could simply not cope with Bobby Zamora.

Austin was then thwarted by Simon Mignolet and failed to convert the rebound, as the Reds looked shaky at the back once again. Rodgers’ men offered virtually nothing in an attacking sense in the first 15 minutes.

Mario Balotelli and Jordan Henderson both made good runs in behind the QPR defence soon after, with the latter wrongly adjudged to be offside when clean through. It was a real struggle for Liverpool though, with a mixture of poor defending, erratic passing and a lack of fluency.

Leroy Fer somehow missed from six yard outs after 27 minutes, hitting the crossbar with the goal at his mercy, as the Rs continued to dominate proceedings. A tame Johnson effort aside, the Reds didn’t create a thing.

Harry Redknapp’s side somehow didn’t take the lead 10 minutes before the break, as Fer’s header came off the bar, and Austin and Sandro couldn’t bundle the ball over the line.

Just before half-time Steven Gerrard curled an effort wide after good link-up play with Balotelli, and it was the closest they had come to opening the scoring. The interval couldn’t come soon enough for Liverpool though, and their woeful performance could only get better after the break.

There were no changes at the break, as Rodgers’ side looked for a far better performance. Mignolet made a terrific save to deny Sandro two minutes into the second-half, while at the other end Henderson fired over after an excellent flowing move involving Raheem Sterling and Adam Lallana.

There were slight signs that the Reds were beginning to improve, and Rodgers’ decision to move Gerrard deeper looked to be paying dividends.

On the hour mark, Balotelli missed an absolute sitter. Good work by Sterling saw the ball find Lallana, and although his shot was saved, the Italian looked certain to finish the rebound. Instead, he blazed over.

Midway through the second-half Liverpool were ahead. A quickly taken free-kick saw Johnson square the ball, and the unfortunate Richard Dunne turned the ball into his own net. The tide had been turning, and the Reds were ahead.

Mignolet denied Austin once more and Balotelli’s shot was blocked, as the game began to open up. With 15 minutes remaining the match was finely poised.

Armand Traore was denied by the impressive Mignolet, but the hosts were level with four minutes remaining. Substitute Eduardo Vergas fired home from close-range, having lost the hapless Jose Enrique, and Liverpool had once again failed to keep a clean sheet.

Substitute Philippe Coutinho looked to have nicked it in the last minute with a fine effort, but in stoppage-time QPR were level thanks to Vargas.

Unbelievably, there was still time for Liverpool to win it. Sterling’s pass to Balotelli was turned into his own net by Steven Caulker, earning the Reds an amazing but undeserved three points.

Rarely has there been a more ridiculous and bizarre ending to a Liverpool game?

Winning ugly is supposedly the sign of a good side, but the signs here were mostly of great concern – bar the performances of Sterling and Coutinho.

Rodgers opted for a 4-2-3-1 shape, with Gerrard occupying the “No. 10 role”. Emre Can sat deep alongside Henderson, while Lallana and Sterling supported Balotelli on either flank.

There was no cohesion about the system, however, and Gerrard struggled to get on the ball.

Things changed for the better when the skipper dropped deeper after the break as the Reds changed to 4-3-3, and he dictated the game more than Emre Can had managed to in the first-half.

Much improvement is needed, however.