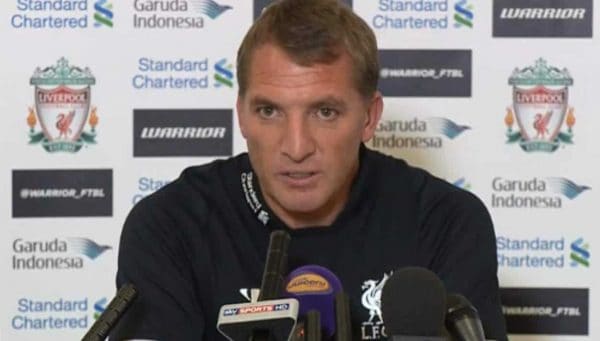 The Liverpool boss spoke commendably on the situation and also provided updates on the fitness of several key players. There was praise for Adam Lallana too.

Rodgers described the treatment of Sterling this week in the media as “grossly unfair” – outlining the fact the teenager had never said he didn’t want to play for England, but praised him explaining he was feeling tired.

On Lallana, the boss said “Adam Lallana has shown in recent seasons that he is a great player and a top talent. We knew he could slot into the PL straight away.

“Since Lallana came back from injury, his fitness has been growing all the time. He’s shown real signs of getting back to the top.”

The boss also said: I’m quite relaxed about our form and the season so far. If Phil Jagielka doesn’t score a worldy goal, we’d be even better off.”

Rodgers: Treatment of Raheem Sterling has been “grossly unfair”

LFC Injury Update: Latest on Lovren, Allen, Can and Sturridge ahead of QPR trip