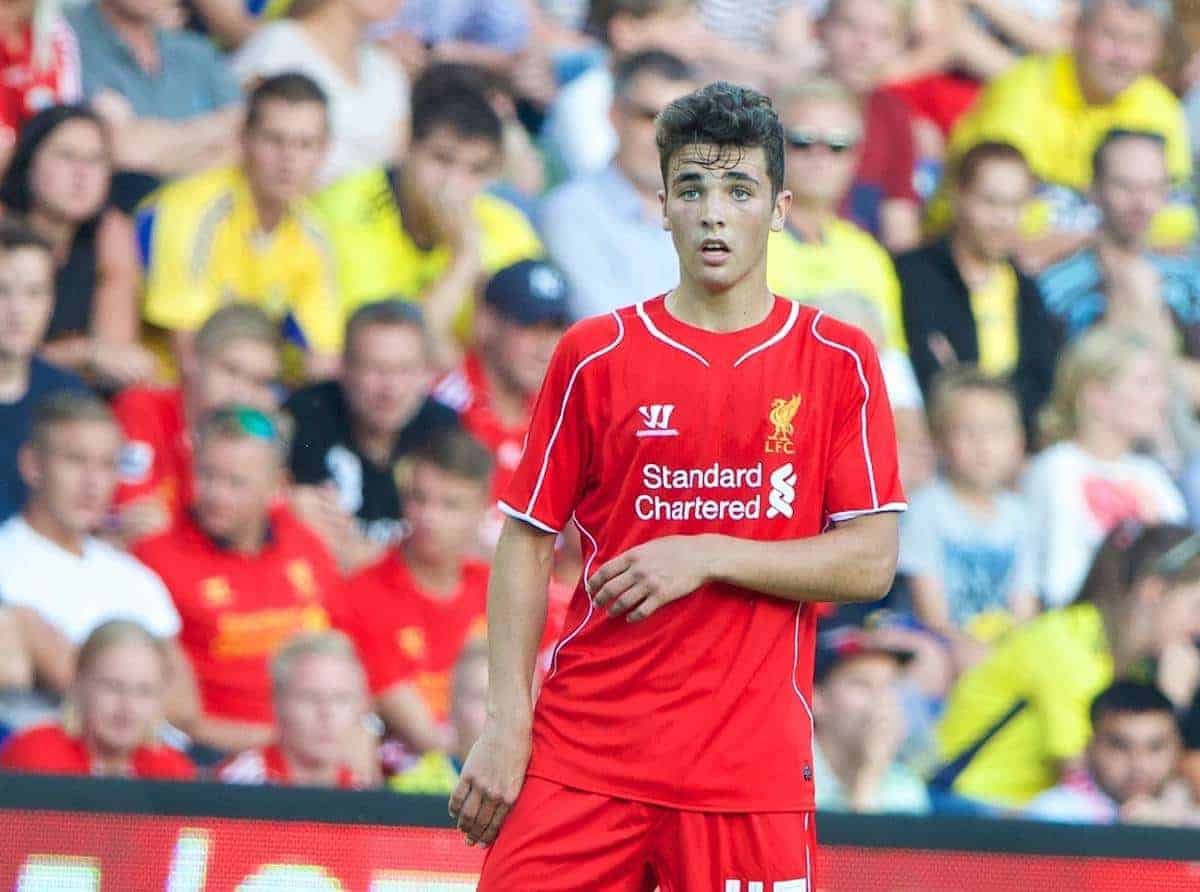 As it’s international break, PJ Vaughan decided to do a piece on some young players he would love to see at Liverpool in the future.

Max Meyer is an attacking midfielder with an eye for a goal. He has all the skills required to be a play at the head of a diamond midfield. He’s renowned for his skill and pace and has been compared to Mario Goetze, having already been capped by the German national team. Joachim Low rates him so highly he picked him in his 30-man provisional World Cup squad.

Liverpool were linked with a £8 million move for him in the summer. However Chelsea have also been following his progress. It’s only a matter of time before other big clubs take an interest in him.

Reece Oxford is a ball playing centre-back. He’s tall, rather slim, but with excellent feet. He is very comfortable on the ball and loves bringing the ball out from defence. While he is still only 15 years old, he has captained England U17s and was on the bench for West Ham in a League Cup game earlier this season.

He is the most exciting centre half talent I have seen in 20 years. All the big clubs will be fighting for his signature in the next few years. I feel Liverpool should take a march on them all and pay what it takes to bring the future England captain to the club.

Simone Scuffet broke into the Udinese first team last season when they had a number of goalkeepers injured. Udinese had lost their three previous games and if they had lost to Bologna they were in danger of being pulled into the relegation mix. So throwing in a 17-year-old goalkeeper looked like a huge gamble. It wasn’t. Scuffet kept a clean sheet in a 2-0 win. He also kept clean sheets against both the Milan clubs.

Atletico Madrid tried to sign him last summer but he turned them down. He was give a 5-year contract by the Italians soon after. Arsenal are also known to be keen admirers of the young custodian. So we might need to move fast. Udinese are a selling club if you make the right offer.

Halilovic’s name has being mentioned for a number of years as the next big thing. Most of the big clubs in Europe were after his signature. Halilovic however chose to sign for Barcelona. He has been compared to Lionel Messi and he won’t be the first of last footballer to be compared to the Argentine genius. Bojan Kiric was also compared to Messi and while he has had a decent career, he has never lived up to that billing.

Liverpool’s best hope of signing Halilovic may not come for a couple of years, when he might become impatient with the lack of game time. Halilovic is a special talent, if nurtured in the right way he could be a superstar otherwise he could end up at Stoke.

Harper was born in Spain the son of Scottish parents and is an exciting attacking midfielder in the Real Madrid U18 team. He is a typical No. 10 that loves starting attacks but he also loves cutting in from the left and setting up goals. But he not all about setting up goals though as last season he scored 25 goals for Real Madrid’s U17s.

And as a bonus, one of our own:

Last season Philips got a taste of U18 action with a few appearances late in the season. This year he is the fulcrum of the U18 midfield. Philips got elevated to the U21s when Rossiter played in the League Cup. Philips made everyone take note when he managed to score two goals for the U21s on what was his first appearance against Manchester City.

I think Philips can be top player, I would see him as a future Liverpool captain and if he keeps progressing. I would expect him to make the first team before he’s 19th birthday.

There are plenty of other exciting talent at the club but to make it for the first team you need to be exceptional. Sheyi Ojo is starting to show glimpse of this. There are a couple of exceptional talents in the U16s too but I think it’s a little soon to start talking about them.

I would love to see one or two of my list at the club in the next couple of years but if I could only pick one I would pick Reece Oxford.