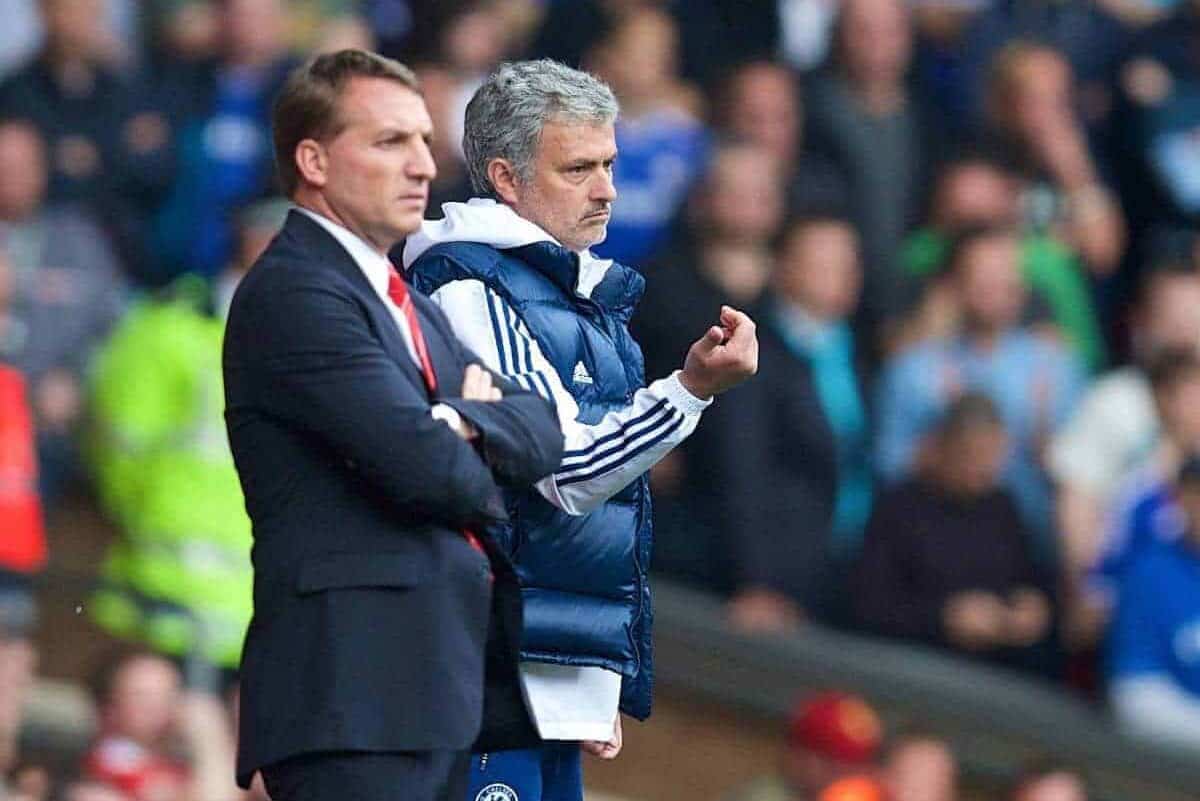 Liverpool host Chelsea on Saturday as the Reds return to Premier League action with the big talking point over what XI Brendan Rodgers should select for the clash. Ben Twelves takes a look at the options available to the bold Liverpool manager. All eyes will once again be on Brendan Rodgers and his team selection on Saturday as Liverpool host top of the table Chelsea at Anfield, with the Reds manager’s chosen XI sure to be scrutinised even more closely than in midweek.

Rodgers sparked outrage within the football media for a team selected “in the best interests of Liverpool Football Club” in Tuesday’s defeat in Madrid, which saw the Reds boss heavily criticised as a result, but with the way he then watched his inexperienced XI play, it proved to be a productive night.

BR: I know in my heart that I make decisions in the best interest of Liverpool FC. The performance spoke louder than any words I can say.

Opportunities were handed to fringe players of the Liverpool squad, with most taking the chance afforded to them with both hands, and as a result, there’s now a more competitive edge to the group with a number of underperforming players under pressure from those given the chance in midweek.

Rodgers, as a result of a promising display from an inexperienced XI, now has a huge selection headache ahead of the game – with those he rested by no means certainties to come straight back into the team, as the Reds boss alluded to himself post-match in Madrid.

Rodgers: "I put out the best team I thought could get a result v RM. My players were magnificent on the night."

Regardless of starting XI debates, the pressure is on for the Northern Irishman to guide his side to a positive result and after those previously cast aside fired a loud reminder to the Reds boss that they’re still around, the selection for Saturday could be even more interesting.

The whole Liverpool squad travelled to the Spanish capital as Rodgers revealed, but those injured who went along for the experience and to support are all still missing, meaning the Liverpool manager is again without Mamadou Sakho, Jon Flanagan, Jose Enrique, Suso and of course, Daniel Sturridge.

BR: Daniel Sturridge was out on the field with the rehab team today, but he’s still a way off returning.

Such was the improved level of performance from those who did play in midweek, Rodgers now faces a huge decision over whether to reinstate those rested – Glen Johnson, Steven Gerrard, Jordan Henderson, Philippe Coutinho, Raheem Sterling and Mario Balotelli – or reintroduce just a few of the rested assets to assist the impressive performers from Tuesday.

Amongst those who shone on the night was Kolo Toure – whose presence and leadership in the back four was levels above anything we’ve seen yet from Dejan Lovren – and midfield stalwarts Lucas Leiva and Emre Can battled superbly and helped the usually dysfunctional defence immeasurably with a disciplined display.

Fabio Borini worked selflessly all night with his inclusion over Balotelli certainly to have been a move based on work rate and desire, but his tired legs could mean his fellow-countryman does come back into the side.

Liverpool will need some fresh legs for the visit of the league leaders and that would be the only reason Lovren or Johnson should come back into the team, otherwise the smoother functioning back four from Tuesday should remain completely unchanged.

The biggest debate comes over whether Gerrard should re-enter the team after a much more controlled midfield display from his replacement Lucas, and Can too, helped command the Reds midfield with better control, and both could well stay in the side.

However Joe Allen struggled on the night, uncharacteristically conceding possession a number of times, and as a result of his tiredness a space should open up in midfield, for the energetic Jordan Henderson – making a three of Lucas, Can and Henderson.

In attack, Lazar Markovic showed glimpses of his quality and an improved performance as a result, but he didn’t quite do enough to keep his shirt for the weekend, and with Adam Lallana playing 90 minutes as well as Fabio Borini, three potential spaces open up in the Reds forward line.

Those who should be trusted to fill them are Philippe Coutinho and Raheem Sterling – who both came on as second half substitutes in Spain – and if Borini isn’t sharp enough to keep his place after a long night chasing the ball, Balotelli should take over up front.

The introduction of some of those rested, combined with rewarding those who battled means Liverpool should therefore line up like this on Saturday:

Alternatively, this could be an option for the Liverpool manager:

However, the Liverpool boss rested a number of first choice players for a reason and I’d expect the team to look something more like this come Saturday kick-off time:

Saturday’s encounter will be a big challenge for Liverpool against the strongest team in the country currently and it’s not the sort of fixture wanted after a tough away trip in the Champions League.

BR: This game offers us a great chance at home to get a result and can kick-start the season for us.

But off the back of an improved display in Madrid and with a new-found freshness about the Liverpool squad, there’s a cause for optimism that the Reds can grab what would be a significant morale boosting victory.