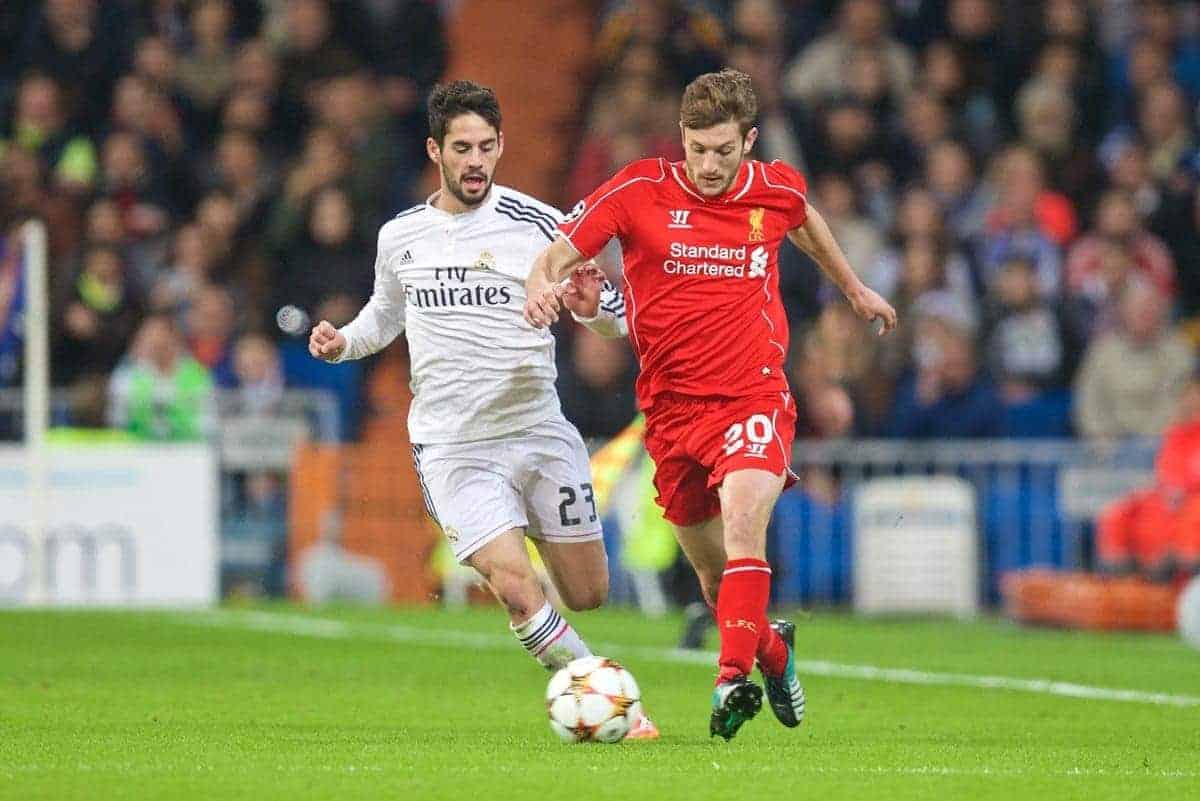 Liverpool lost 1-0 to Real Madrid in their Champions League clash at Santiago Bernabeu, but Brendan Rodgers’ weakened side did themselves proud from start to finish. Liverpool faced one of their most daunting Champions League games in history, as they looked to somehow get a result at the home of current European champions Real Madrid.

Brendan Rodgers took a huge risk by making wholesale changes to the side that lost 1-0 to Newcastle at St James’ Park on Saturday. It almost felt like the Reds’ boss was surrendering, preferring to focus on the weekend’s clash with Chelsea instead.

The game got underway in front of an atmospheric Santiago Bernabeu, in what would prove to be a predictably tough night for Rodgers and his side.

James Rodriguez forced Mignolet into a good early save, but it was actually a very positive start from Liverpool. They were slick in possession and didn’t look overawed by the occasion.

Sloppy work from Skrtel almost allowed Cristiano Ronaldo to make it 1-0, but Mignolet again did well. Unsurprisingly, Real Madrid looked dangerous every time they had the ball in the final third. The Reds had got through the opening 20 minutes unscathed though.

It didn’t take long after that for Liverpool to fall behind though. Karim Benzema made it 1-0 after 26 minutes, sliding in at the back post from Marcelo’s cross and finishing into the roof of the net.

Madrid continued to dominate, but the odd needless losing of the ball side, it had been an encouraging and spirited first-half performance by the visitors.

At half-time Liverpool trailed 1-0, and the Reds had done themselves proud considering the side Rodgers put out, and the brilliance of their opponents.

There were no changes at the interval, as Liverpool looked to build on a good opening 45 minutes.

Moreno shot from range in what was the Reds’ first meaningful effort on goal, and Lallana dragged an effort wide soon after, as Rodgers’ side continued to do well.

Borini’s free-kick on the hour mark deflected wide, and with 30 minutes remaining the Reds were still in the game against all odds.

Benzema almost added a second midway through the half, and moments later Gerrard and Sterling were introduced for Lucas and Markovic. Kroos fired wide, while Coutinho replaced Can with 15 minutes left.

The Reds gave it their all in the final 10 minutes, but they couldn’t find an equaliser. Mignolet, very good all evening, saved substitute Gareth Bale’s late free-kick, and it proved to be the last effort on goal.

The final whistle went, and it was Benzema’s goal that proved the difference between the two sides.

Basel’s win over Ludogorets was good news for Liverpool though, and assuming they and Madrid win their last two games in the group, Rodgers’ men will progress to the knockout stages.

Man of the Match: Kolo Toure

Rodgers went with a 4-3-3 formation, which was more like 4-1-4-1 when defending. Markovic and Lallana offered width in support of lone striker Borini. Lucas sat deep in the midfield, with Can and Allen alongside him.

Lucas and Can were particularly strong in the middle of the park, but Lallana and Markovic struggled to impose themselves throughout.

The Reds worked tirelessly all evening, pressing well and passing confidently. The result may have been disappointing, but there were definite positives to take from the performance. It was a terrific effort.