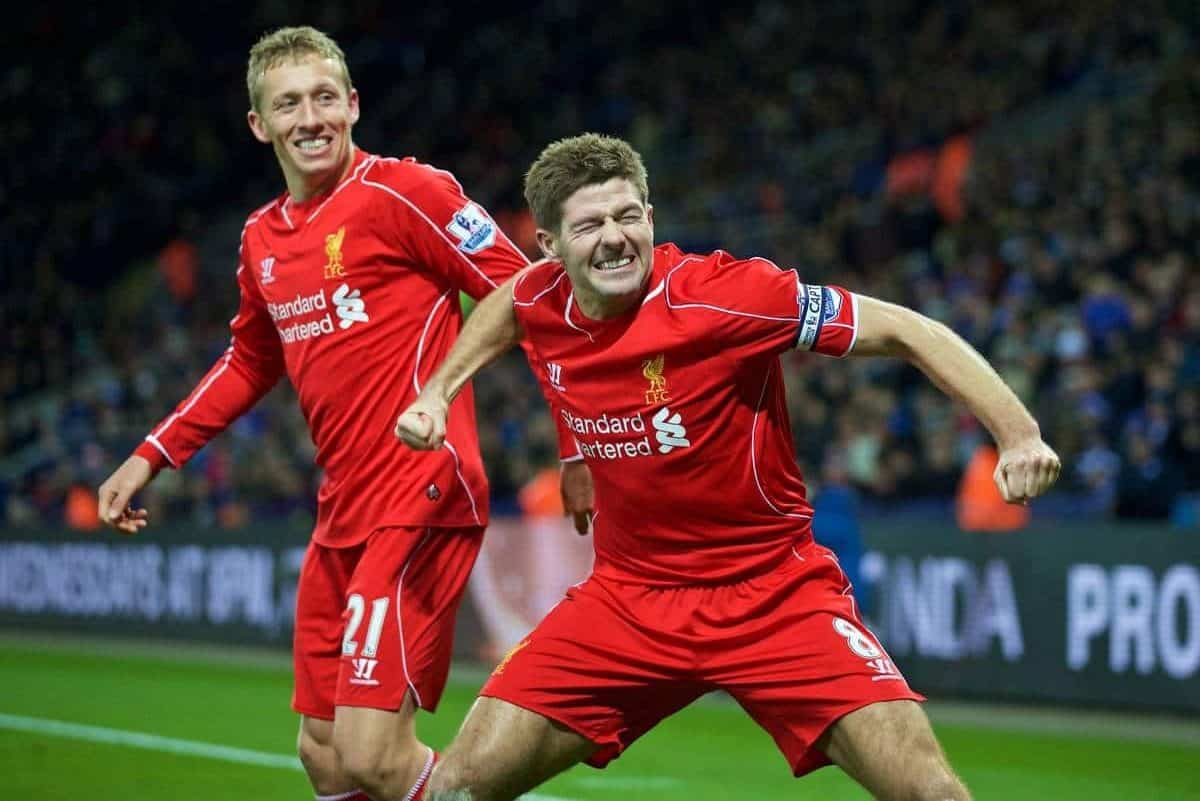 With Liverpool’s crucial Champions League clash with Basel looming, Brendan Rodgers should look at resting some key players and starting some fringe stars for Saturday’s game against Sunderland. Brendan Rodgers has had a mixed time of things when it comes to rotating his squad this season, and he has a hugely important decision to make on Saturday.

Liverpool face Gus Poyet’s Sunderland at Anfield, and while it is obviously an important game and could represent three victories in a row, the Reds’ next match is their most pivotal of the season so far.

They host Basel in their final Champions League group game, knowing that victory will send them through to the knockout stages. There are three players that Rodgers should rest against Sunderland, but which trio should come in in place of them?

The skipper enjoyed a successful return to the side against Leicester on Tuesday, scoring a well-taken goal and currently leading the way in your player ratings.

The 34-year-old is at an age where he must be handled intelligently by Rodgers, as has been much-publicised of late, and resting him for the Sunderland game makes total sense.

It will keep him fresh for the Basel clash, and considering Gerrard’s ability to inspire Liverpool in the biggest games down the years, he should be one of the first names on the team-sheet against the Swiss side. With Manchester United the opponents a week on Sunday, it makes even more sense not to start him on Saturday.

Lucas has had something of a second coming in recent weeks, having seemingly been nothing more than a squad player with his best days behind him.

The Brazilian has been recalled for the Reds’ last three matches, and he has probably been their standout player in every game. He was particularly excellent against Leicester, and him occupying a defensive midfield has made Rodgers’ side look far more solid.

The 27-year-old’s injury problems are common knowledge, and in order to be 100 per cent fit and raring to go against Basel, where he will be key, he shouldn’t start on Saturday. Lambert has had a decent run in the side of late, and barring a pretty insipid display against the Foxes, he has done well.

That performance could definitely be put down to tiredness, having played four matches in 10 days, and the 32-year-old needs a break.

With Mario Balotelli still out injured, Lambert is very much the first-choice striker for the Basel showdown, and it would be madness to start him against Poyet’s men. It would, admittedly, leave Rodgers lacking in attack, but it’s a gamble worth taking. Coutinho has had a frustrating season, finding himself in and out of the Liverpool side and struggling to hit the exceptional heights of 2013/14.

With Gerrard very likely to start proceedings against Basel, it makes total sense for Coutinho to replace him against Sunderland. He is a proven match-winner on his day, and he will be hungry to show that he can force his way into the team for Tuesday’s game.

Having the Brazilian to bring in at the expense of Gerrard highlights the improved squad depth at Anfield this season, and he will be fresh and raring to go.

Can’s Liverpool career is yet to properly ignite, mainly due to injury, but there can be no doubting that the youngster has shown glimpses of his huge potential.

Saturday’s match is the perfect opportunity for him to come in for Lucas, and he would dovetail nicely in a midfield three with Jordan Henderson and Joe Allen.

The 20-year-old German is still too inexperienced to be thrown in at the deep end for a huge Champions League game, and starting him for a winnable game at Anfield is a no-brainer.

Borini has had a strange few months at Anfield. Having tried everything possible to stay at Liverpool in the summer- a number of moves collapsed because the Italian refused to leave- he is now finding himself surplus to requirements. Surely he regrets the decision to stay.

The 23-year-old has featured just five times in the Premier League, and when he has played, his performances have been fairly forgettable in truth.

Saturday could provide the perfect opportunity for Borini to prove himself, however. Lambert shouldn’t start the game, as mentioned, and with Balotelli still out, he is Rodgers’ only option in attack. With Coutinho and Raheem Sterling either side of him, it should be enough to earn all three points against the Black Cats.

Who would you rest against Sunderland, with the Basel game looming? Let us know in the comments section.