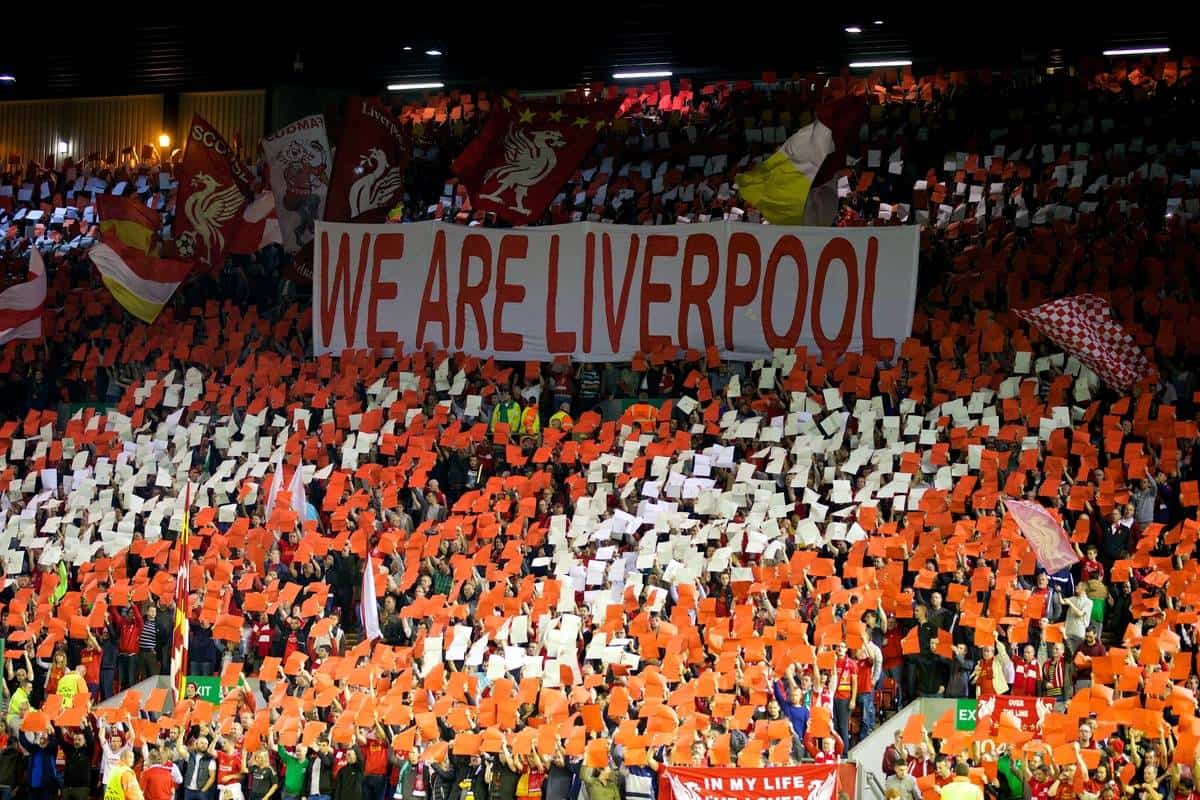 Liverpool’s festive fixtures get underway on Sunday, with four games in 11 days from now until New Year. We predict how each one will play out. The Christmas fixtures are always one of the highlights of every Premier League season, and although a winter break appeals to some, we’d all be lost without Liverpool playing every few days during the festive period, wouldn’t we?

A relentless run of matches is always a big test of each team’s squad, and in the space of a couple of weeks the league table can quite easily change drastically. The Reds were top at Christmas last year but fifth on New Year’s Day, for example.

Brendan Rodgers’ side have been dealt a relatively kind hand this year, having faced back-to-back games at Manchester City and Chelsea on Boxing Day and 29th December a year ago, and they will hope to get some precious wins under their belt.

England’s top-flight is very difficult to predict these days, but here is how we think the Reds will fare in their four matches over Christmas.

Sunday’s showdown with the Gunners at Arsenal is a hugely important game in terms of Champions League qualification. Liverpool are already five points adrift of Arsene Wenger’s side, and defeat would be catastrophic.

Both teams are often guilty of blowing hot and cold, and it is a fixture that is always very tough to predict. Last season’s 5-1 mauling was one of the Reds’ greatest ever Premier League displays, and the fact that Arsenal were going well at that point highlights their unpredictability.

Arsenal are clearly in the better form of the two at the moment, although without the fantastic Alexis Sanchez things would be very different.

The Chilean has been one of the Premier League‘s stars players in 2014/15, and Rodgers must pay extra attention to him. If he doesn’t, he will have a field day.

Liverpool’s 3-1 win over Bournemouth on Wednesday should give them a confidence boost, but the Gunners are a different proposition all together. That’s not to say they can’t be got at though.

Raheem Sterling’s pace will terrify the cumbersome Per Mertesacker, and they lack a quality holding midfielder to sit in front of the defence.

It’s a game that will surely have goals in it, and a share of the spoils seems the most likely outcome. It could easily be decided by a piece of individual brilliance or a defensive howler, however. This is a fixture that Liverpool simply have to win if they have genuine top-four aspirations this season.

Sean Dyche’s Burnley side have predictably struggled since their return to the Premier League in August, and currently sit one place above the relegation zone.

They are a side of limited quality but with an admirable work ethic, and they rely heavily on striker Danny Ings for goals.

Despite the Reds’ woes this season, they still have a considerable amount of attacking quality on their day- the Bournemouth game proved that- and although the Clarets’ will cause Liverpool some problems at the back, the class of stars like Sterling, Philippe Coutinho and Adam Lallana should inspire Rodgers’ men to a much-needed three points.

Swansea are a side who have always given Liverpool a tough game, and this clash at Anfield will be no different.

These are the kind of matches the Reds tend to struggle in- breaking down mid-table sides at home- and it would be no surprise if that trend continues on 29th December.

Garry Monk’s side are more than just a solid defensive unit, however, with plenty of attacking threat and an attractive brand of football.

Wilfried Bony is one of the Premier League‘s most dangerous strikers, while the likes of Gylfi Sigurdsson, Jefferson Montero and Wayne Routledge are also in inspired form.

Rodgers will have had to rotate his squad by this point in the Christmas period- if he hasn’t it would be madness- and there will be fringe players expected to step up to the plate. It will be a real test of Liverpool’s strength in depth.

This will be a tight game from start to finish, and although many will expect a Reds victory, they will have a tough afternoon against the Swans. 2015 sees the Reds start with what should be a relatively routine victory on Merseyside. No Premier League side can be written off these days, in fairness, but failure to beat Leicester City would not be a good start to the New Year.

Liverpool dispatched of the Foxes 3-1 at the King Power Stadium earlier in the month, and the hosts’ defensive weaknesses were exposed time and time again.

Although the Reds’ back-line is calamitous at the moment, their attacking threat should prove far too much for Nigel Pearson’s side, and a comfortable win should follow. Eight points from Liverpool’s four Christmas games would prove a good, if not spectacular, return.

The Arsenal game will be a very tough test, and could literally be any outcome, while Swansea’s talented attacking unit will cause the Reds’ defence problems.

Burnley and Leicester City are relatively straightforward on paper, and although they may both have spells of good play, it would be disappointing if the Reds didn’t pick up maximum points against the two promoted sides.

It’s sure to be a fascinating few weeks for Rodgers and his side, and it could either kick-start their season into life or leave it in tatters. It will likely be somewhere in between.