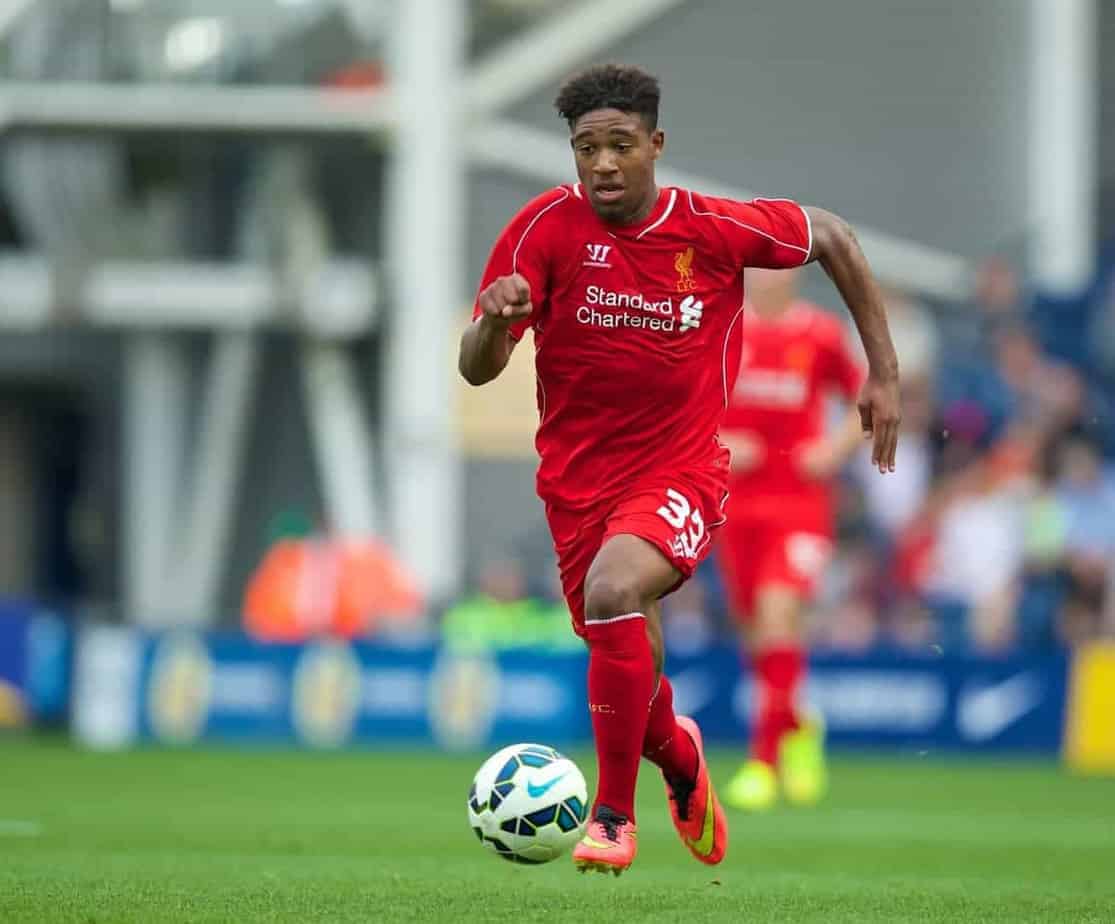 Ben Twelves rounds up how the loaned members of the Liverpool squad performed for their temporary clubs in the midweek and weekend fixtures – with much more action coming the way of the Reds loanees. Talented teenager Ibe started as a substitute on Tuesday night for loan club Derby in their 3-1 Capital One Cup defeat against Chelsea at the iPro Stadium, but he caught the eye with an impressive second half performance.

The 19-year-old entered proceedings in the 57th minute – replacing Simon Dawkins on the left side of a three man attack – and the Reds loanee showed no signs of fear in the quarter-final clash as he imposed himself straight on the action.

Ibe demonstrated his huge potential with a number of powerful and tricky runs, driving at the experienced Chelsea back line as he looked to drag his side back into the game at 2-0 down and it was a mightily impressive cameo performance from the England under-20 international.

Despite the score, good performance from all the players. Great experience.. #DCFC ??

The impressive substitute appearance saw the Reds youngster deservedly regain a place in the starting XI for Derby’s 2-2 draw with Norwich in Saturday’s early kick-off.

Ibe started on the right side of a front three this time and played 82 minutes of the match at the iPro stadium, and he produced a lively first half performance – completing four dribbles and playing one key pass ,courtesy of whoscored.com – before being substituted late on in the second period as Steve McClaren freshened up his side.

After Anthony Reveillere picked up an injury in the warm-up, Uruguayan central defender Coates started for the second time in four games for Sunderland in their north-east derby victory over Newcastle in Sunday’s early kick-off.

There's a late change to the line-up due to an injury to Reveillere in the warm-up – Sebastian Coates comes in to replace him.

Coates impressed greatly after being thrown in minutes before kick-off,  as he produced an assured performance after an uncertain start that saw him booked after just two minutes, and the Reds loaned defender – who also performed well in pre-season leading to some calling for Brendan Rodgers to give him a chance – proved a calming influence in the Black Cats’ back four.

The Liverpool loanee put in a strong defensive display at the heart of the Gus Poyet’s back line – making three clearances, two interceptions , winning 5 tackles and the ball back on seven occasions  – and he was good in possession too – completing 28 of 35 passes as well as registering one take on in an impressive showing.

22-year-old Alberto started on the bench for Malaga in their Copa Del Rey win over Deportivo La Coruna on Thursday night, but entered proceedings with 15 minutes remaining in the second half with his team already 3-1 to the good.

The Spaniard once again started on the bench on Sunday for his loan club in their 2-1 win over Elche and also came on as a second half substitute – this time making an immediate impact scoring a superb solo-effort just 27 seconds after entering proceedings.

Nice solo run and finish from Luis Alberto to put Malaga ahead vs. Elche. https://t.co/RY6yWNld2Z

Alberto picked the ball up and glided past two opposing players before firing the ball across goal into the bottom corner of the net to put his side 2-1 ahead with what turned out to be the match winner, and he almost notched a second with an audacious attempt directly from a corner which almost caught Elche ‘keeper Przemyslaw Tyton out.

Very happy with our last match of the year. Very hopeful with 2015. Merry Christmas everyone!! pic.twitter.com/dAqdnvK0Dk

Wisdom continues to keep his shirt in defence for Alan Irvine’s struggling West Brom, and the Liverpool loaned defender completed another 90 minutes in the Baggies’ frustrating 3-2 loss against QPR at Loftus Road.

The Reds loaned man played almost the majority of the match at right back before making the switch to left back in additional time after Irvine brought on Christian Gamboa for regular left back Sebastian Pocognoli, and he endured a tough afternoon in west London.

Wisdom completed only 21 of 35 attempted passes in the game and was tested defensively throughout – having to make five clearances, one tackle and one interception, courtesy of statszone – despite still being part of a back four to concede three goals and an Albion team to throw away a two goal lead.

Continuing his recent action after being left out of the Brighton squad four games ago, Teixeira started for his loan side in their 1-1 draw against Wolves on Saturday.

The Portuguese play-maker played 74 minutes of the clash on the left side of a front three in support of striker Darren Bent, and while he didn’t claim a direct assist for Albion’s goal, the Reds loanee did play a significant part in creating the chance – playing a well-executed pass before Bent nodded in the arriving cross.

It’s looking far more positive for the Liverpool man in recent games after worryingly being left out, but Sami Hyypia’s short time in charge of the Seagulls came to an end on Monday afternoon when the Reds former captain resigned with his side languishing in the relegation zone.

Former LFC defender Sami Hyypia has resigned as Brighton boss, with them in the bottom three of the Championship.

Liverpool’s Belgian loaned star endured a tough week for Lille last week as he was booed by his own supporters, but despite his lack of goals, Origi kept his place in the team for Sunday’s 2-1 defeat against Marseille.

Divock Origi and PSG central defender Marquinhos have been placed 2nd and 3rd in this year’s Golden Boy rankings.

The Belgium international – who was runner up to Raheem Sterling in the ‘Golden Boy’ award – played all 90 minutes of the fixture on the right side of a three man attack and he endured a largely quiet afternoon though he did complete 12 of 21 attempted passes and created a clear cut chance for his side according to statszone.

After playing for the Bordeaux reserves last week, Ilori made a welcome return to the first team set up on Sunday for their 5-0 home defeat against Lyon but the Portuguese defender was an unused substitute.

Spanish under-21 centre back Paez was an unused substitute for Bologna in their 1-0 Serie B defeat to Avellino on Friday night.