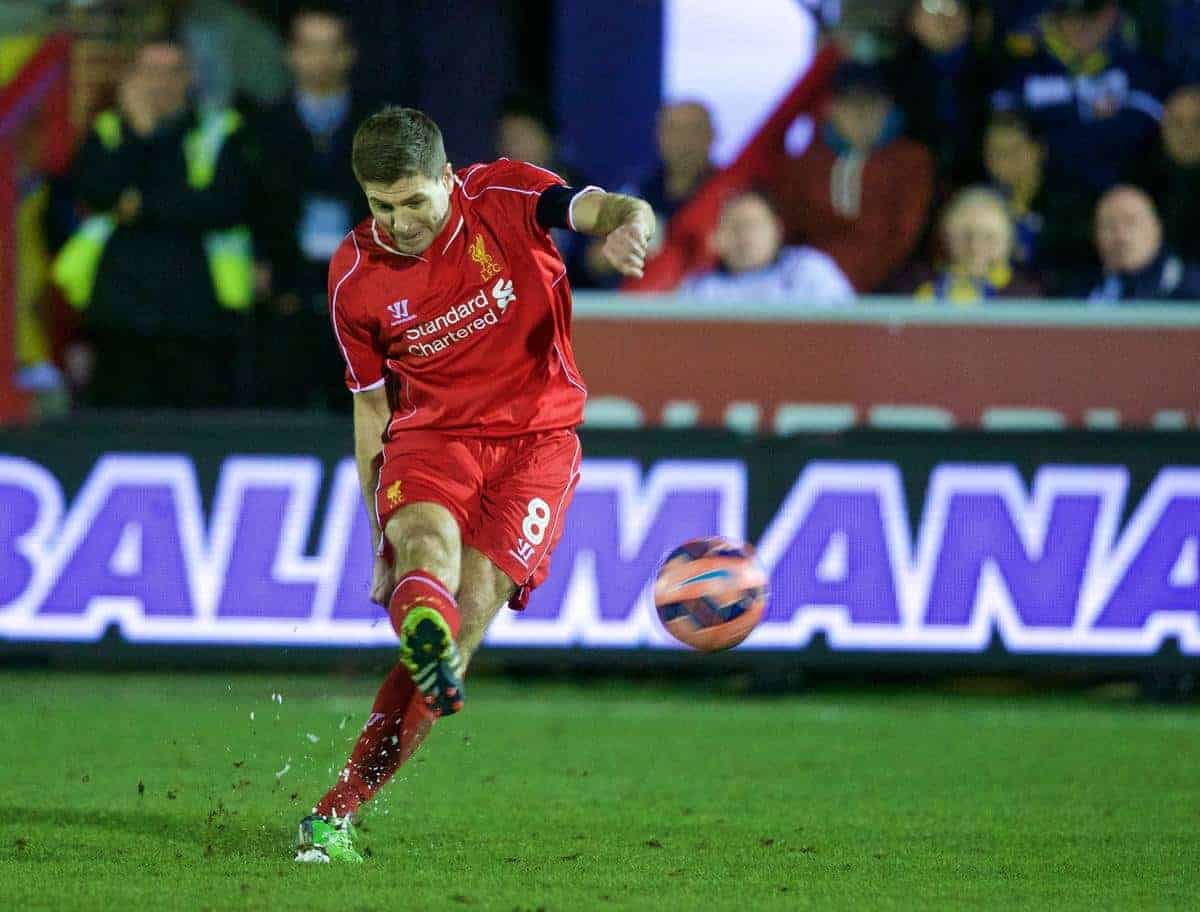 Steven Gerrard is reportedly very close to sealing an 18-month move to Major League Soccer giants LA Galaxy this summer, making him one of the league’s highest earners in the process.

The 34-year-old announced on New year’s Day that he would be leaving Anfield after more than 16 years there as a first-team player, and BBC Sport claims he is now very close to being a Galaxy player.

Ben Smith reports that Gerrard will earn somewhere in the region of £6m during his 18-months in Los Angeles, working out at about £76,000 per week and putting him among the MLS’ highest earning players.

#LFC captain Steven Gerrard on the brink of finalising an 18-month deal to join LA Galaxy. More on @BBCSport

Landon Donovan’s retirement has paved the way for the Reds skipper to join America’s most well-known ‘soccer’ team, who have won five titles to date.

Gerrard continued to show Liverpool fans exactly what they will be missing when he leaves, with his classy double inspiring them to a 2-1 FA Cup victory over AFC Wimbledon on Monday evening.

The legendary Red now has four goals in his last two games, and will hope to inspire his boyhood club to Champions League qualification and a cup triumph or two come the end of the season.