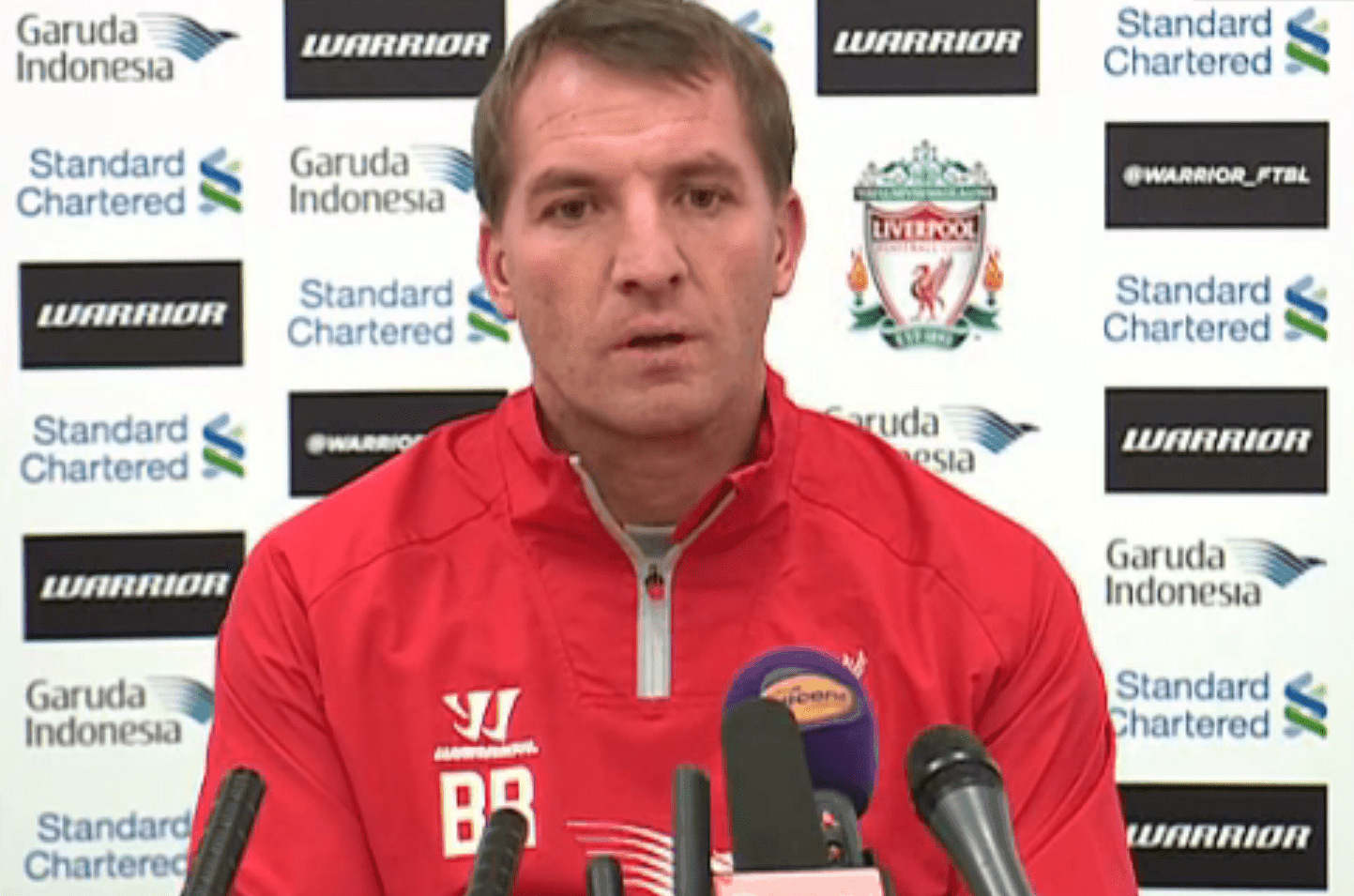 Liverpool manager Brendan Rodgers thinks his team will be ready to challenge for the title again next season.

Having run Manchester City a close second in May their chances of repeating the feat dipped after the sale of Luis Suarez, the introduction of half-a-dozen new players and injury to Daniel Sturridge.

However, Rodgers’ side have started to find their form – including a number of the summer arrivals – in recent weeks and Rodgers believes it is a sign of what they are capable of.

He believes if they can win some silverware before then – they have an FA Cup fourth round tie against Bolton at the weekend followed by the second leg of the Capital One Cup semi-final against Tuesday – it will enhance their chances further.

“This year was about getting into the top four, trying to minimise the impact of so many new signings, giving them time to develop and target a trophy in the cup competitions.

“The squad is looking exciting but needs that time to evolve.

“If we can get success in a cup competition this year it will provide greater motivation and stimulation for them to stay together and perform. Along the way you have to bring in ready-made quality to help their growth.

“Come the summer time that period of integration should be complete and we can challenge for the title like we did last season.”

Leading that challenge is likely to be midfielder Jordan Henderson, currently vice-captain but favourite to take over the armband when Steven Gerrard moves to the Los Angeles Galaxy at the end of the season.

Rodgers would not confirm Henderson was definitely in line for the job but he did praise the 24-year-old’s development in a leadership role. That was more than evident when he stood up to Chelsea striker Diego Costa both on the pitch and in the tunnel during Tuesday’s League Cup first leg.

“When I first came in he was searching for his status at the club but the team who brought him in before knew he was a good persona and a strong character and that has continued,” added the Reds boss. “Now you see his leadership qualities on and off the field; he will protect the team and his colleagues and he is a wonderful ambassador for the club.

“I felt by giving him the vice-captain he could carry that if Steven wasn’t playing and he does it with great pride and honour.

“As a footballer he is still improving and developing and he will continue to do that.

“He was given the vice-captaincy role, that doesn’t always mean that player goes on to become the captain. It is not automatic.

“But certainly at this moment in time when Steven doesn’t play he does it in great fashion.

“When you see him in the tunnel leading out the team he has great presence and good status and the supporters respond to him. He is in a really good moment.”

Looking to the future, Rodgers is hopeful of tying up the details on Sterling’s long-awaited contract extension soon.

“It is something the club are speaking with his representatives on and I would think that would be concluded very imminently,” he said.

“The player is very happy. It (the delay) is nothing to do with Raheem, he wants to be here so hopefully we get the solution on that very soon.”

Rodgers is still waiting for the even longer-awaited return from injury of Sturridge, who has not played for the Reds since August 31.

“We are still waiting and still working. He won’t be available for the weekend,” Rodgers said.