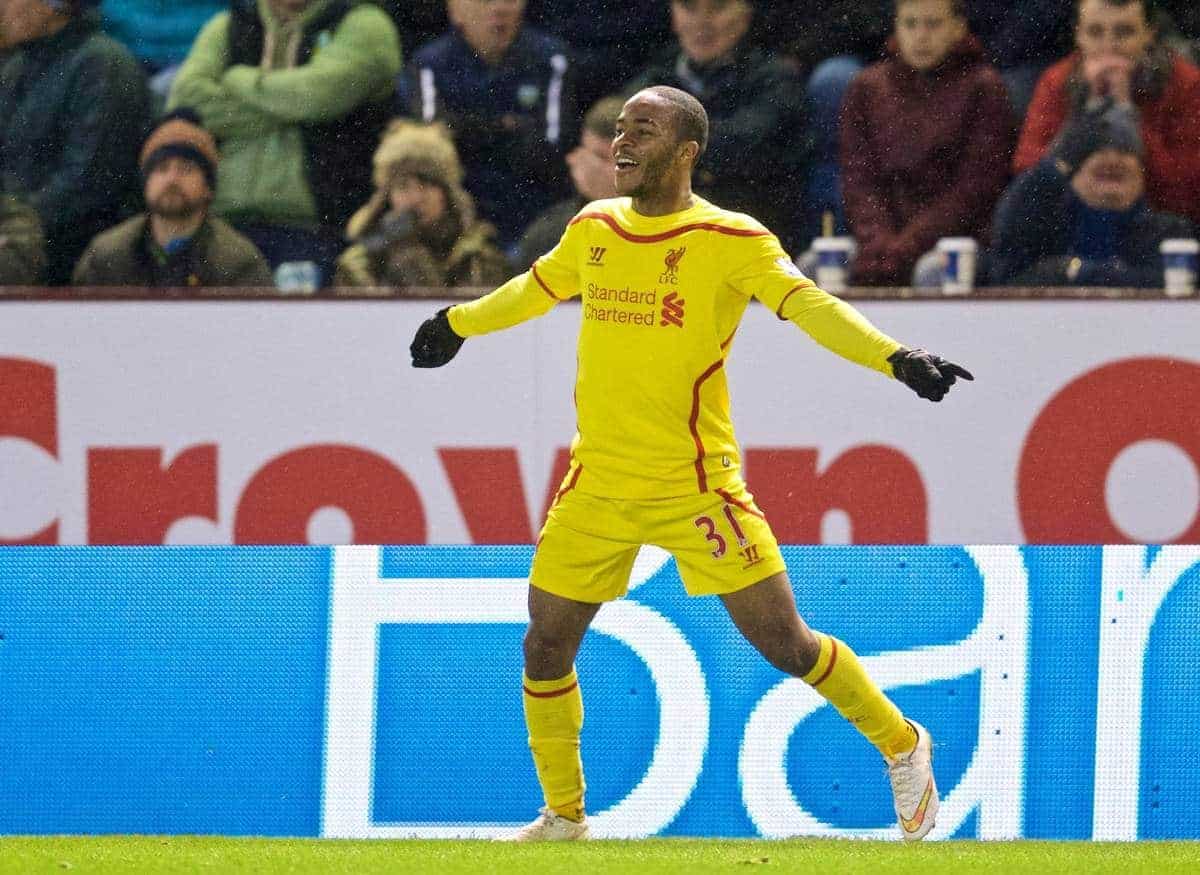 As expected, Brendan Rodgers makes just one change to the Liverpool lineup to face Aston Villa today, with Raheem Sterling returning for the injured Steven Gerrard.

That means Sterling will take Gerrard’s role alongside Philippe Coutinho, behind Fabio Borini who continues up front for a second successive game. The Italian is picked again ahead of Mario Balotelli and Rickie Lambert, with the latter not in the squad and reportedly ill.

The same back three of Emre Can, Martin Skrtel and Mamadou Sakho continues – with Dejan Lovren on the bench.

Also on the bench is recently recalled youngster Jordon Ibe, who has impressed while out on loan at Derby County.

Adam Lallana returns and is among the subs, as is youngster Jordan Williams.

Steven Gerrard and Glen Johnson both trained at Melwood on Saturday morning and aren’t in the squad.

Lucas and Jordan Henderson continue in the centre, with Alberto Moreno and Lazar Markovic out wide.