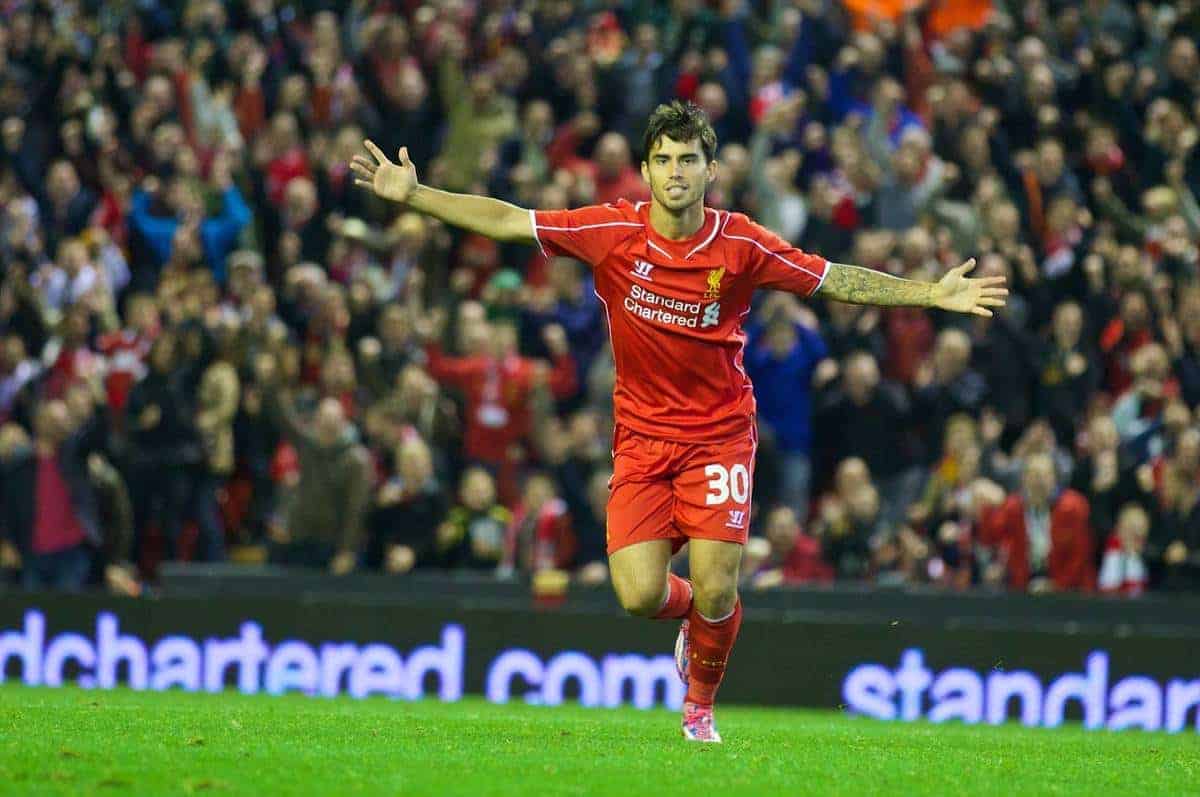 Liverpool have announced the departure of midfielder Suso to AC Milan.

The 21-year-old Spaniard has failed to make a serious impact at Anfield since joining from Cadiz in 2011.

He made just 21 appearances in that time, scoring his only goal against Middlesbrough earlier this season.

A short statement from Liverpool read: "Everybody at Liverpool thanks Suso for his contribution and wishes him all the best for the future."

Very happy to become a @acmilan player.Really happy to play for a very important club. Starting a new history there?? pic.twitter.com/Cpw8CRpDf1

Suso’s move to the Italian giants had been on the cards for some time and reports this week suggested Brendan Rodgers had reached the end of his tether with the Spaniard, allegedly going behind the club’s back for a medical at the San Siro.