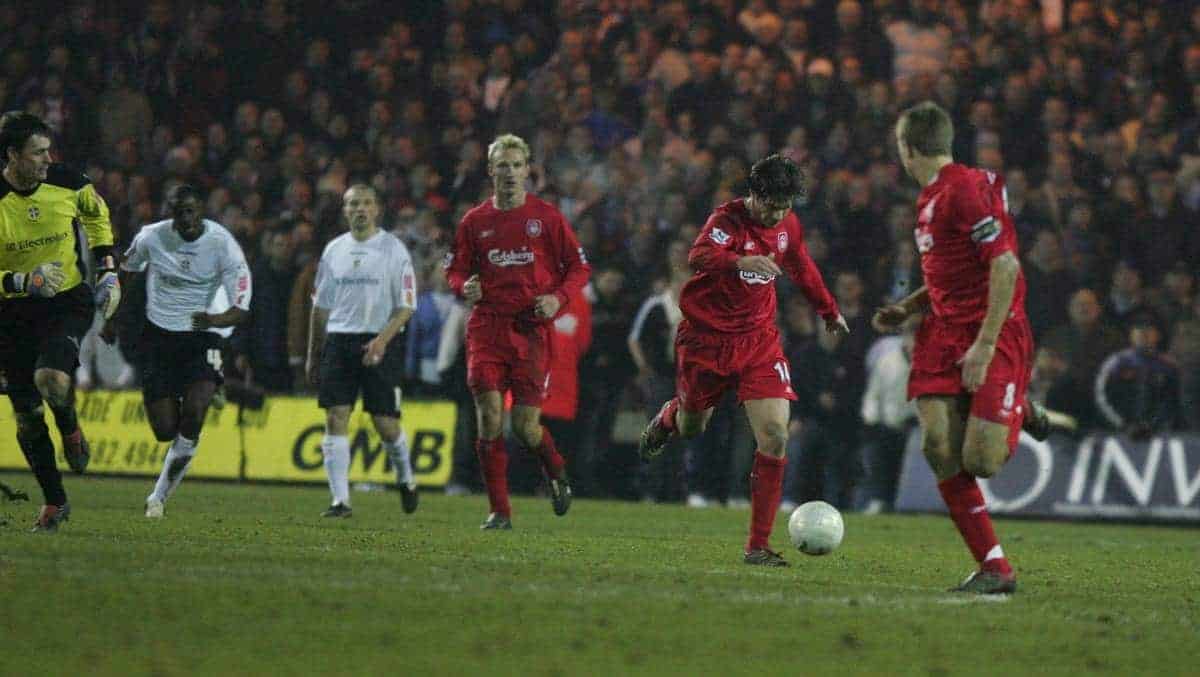 On this day in 2006, Liverpool saw off Luton Town 5-3 in the FA Cup third round, with Xabi Alonso scoring this wonderful effort from inside his own half.

Rafa Benitez’s side went on to lift the trophy that season, defeating West Ham on penalties in Cardiff after a 3-3 draw – rescued by Steven Gerrard’s 40-yard stoppage time strike.

That seemed a long way off when they trailed to Luton at Kenilworth Road, 3-1 at one point.

Two goals each for Florent Sinama Pongolle and Alonso, plus Gerrard’s earlier converted penalty, saw them through.