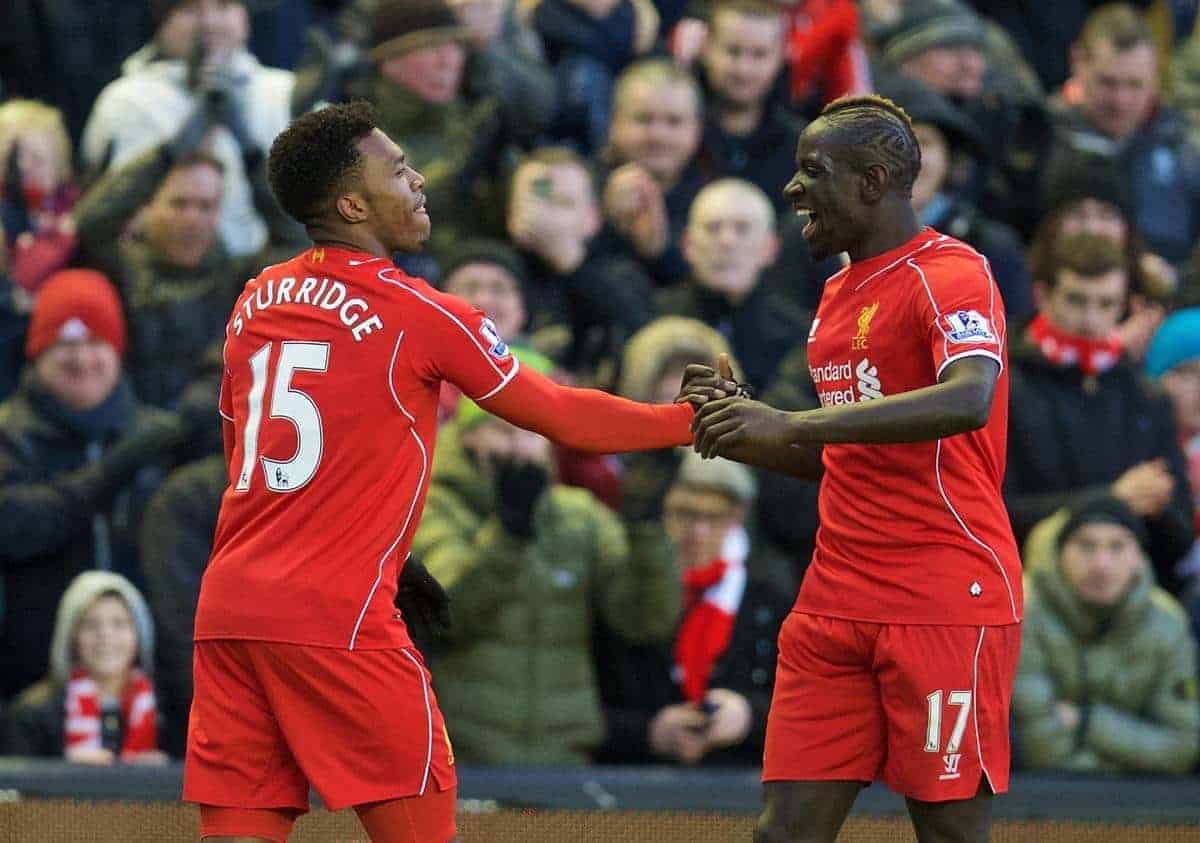 Liverpool won 2-0 against West Ham at Anfield on Saturday afternoon, and we look at how those associated with the Reds reacted on social media both during and after the game. Much of the pre-match hype was about the return of Daniel Sturridge, having missed five months of action because of injury.

It was the 25-year-old who made the headlines, ultimately, scoring clinically just 12 minutes after coming on as a second-half substitute.

In truth, there have been more memorable afternoons at Anfield, and the freezing cold conditions certainly didn’t help the crowd or the players, but it was solid victory against a West Ham side with Champions League aspirations of their own.

Raheem Sterling’s expertly taken effort gave Liverpool the lead five minutes after half-time, after a wondrous Philippe Coutinho pass, and Sturridge put the game to bed midway through the second-half. It’s now seven Premier League games unbeaten for Brendan Rodgers and his side.

Here is how social media reacted to the victory, and Sturridge’s triumphant return.

Daniel Sturridge can't keep the smile off his face. Marks his return with a goal and has come through 22mins injury free.

Cool finish from Sterling but the brilliance of Coutinho made it. Perfectly weighted pass.

Sturridge showed exactly what this team has be missing all season. And why none of the other three strikers are starting even though no one else on the team can shoot.

Solid performance all around. Controlled the midfield, created chance after chance and finally finished a couple. Outside of swinging elbows West Ham created very little trouble for our defense.

Between Coutinho, Sakho or Sterling for man of the match for me, very difficult to choose but Sakho was an absolute colossus. #LFC

Lots of good performances today, but to me, it looks like we have a different keeper in recent games. Migs has really stepped up game. #LFC.

Remember when Liverpool looked like they had a cutting edge. It’s back. At last.

Pretty much a walk in the park, at least during the second half. Excellent element of control in midfield, great chances created (Coutinho… what a player!) and obviously, a genuine striker coming back into the team makes all the difference in the fluidity of our game in front of goal.

That was Liverpool's third Premier League clean sheet in a row. pic.twitter.com/9UF5k5gMNE

Massive 3 points great to see my boy dstudge bag on his return ???? http://t.co/WZFWU4ajoh

Difficult game but we got the 3 points and kept the clean sheet.
Big game on Wednesday. YNWA

Get in! What an assist from Coutinho for Sterling to finish.

The dance is back! Lfc win & another clean sheet in the league.