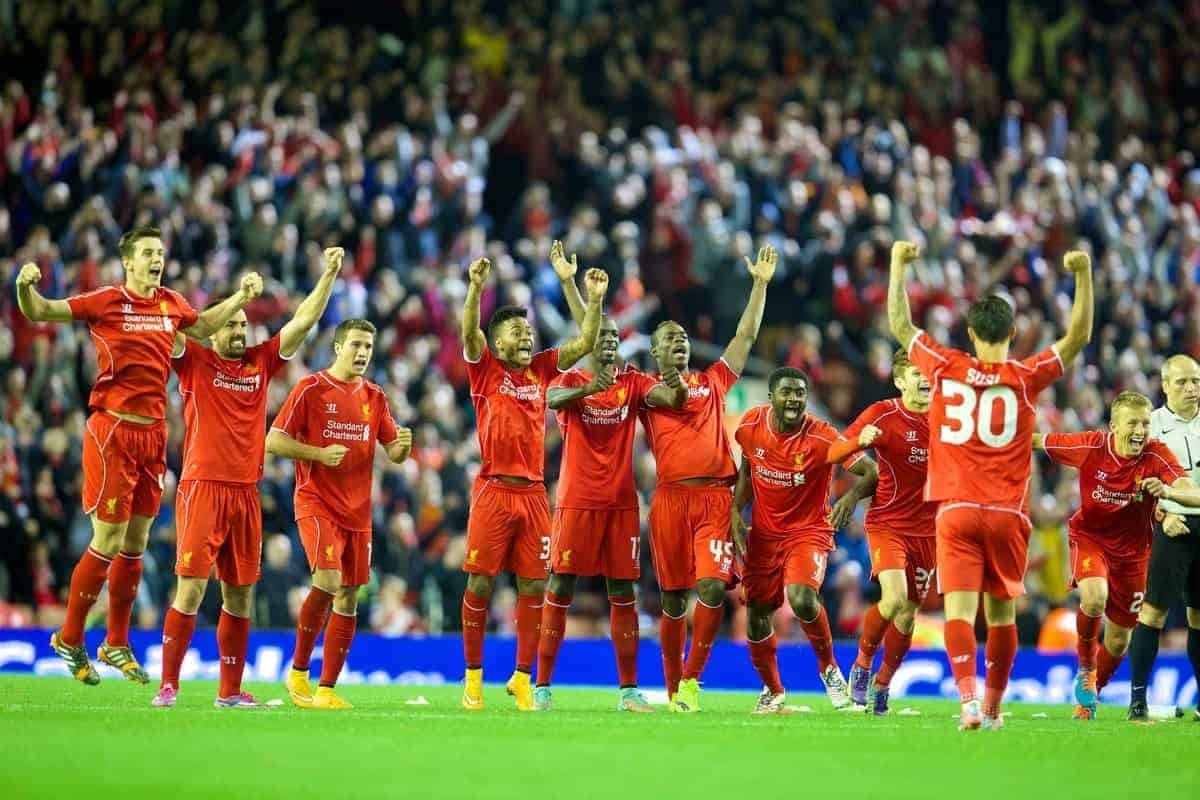 Liverpool play their first FA Cup fixture of the season on Monday night when they travel south to take on AFC Wimbledon in the third round. Ben Twelves discusses the team selection options available to the Liverpool manager. Brendan Rodgers’ Liverpool begin this season’s FA Cup journey against League Two side AFC Wimbledon at Kingsmeadow on Monday night in what promises to be a tricky cup tie for the Reds.

Liverpool started 2015 poorly after they squandered a 2-0 lead against bottom-of-the-league Leicester City on New Year’s Day to draw 2-2 and Rodgers’ men will be looking to bounce back with a win at the first time of asking against Neal Ardley’s physical side to book their place in round four of the competition.

Despite taking a 2-0 lead thanks to Steven Gerrard’s brace from the spot, Liverpool produced a dire display throughout the 90 minutes against Nigel Pearson’s men – a complete contrast to three days earlier against Gary Monk’s Swansea – and the Reds need to improve once again as they look to extend their unbeaten run to five games in all competitions.

Monday’s match against The Dons will be the second of a hectic January for the Liverpool boss and his team, and ahead of another big Premier League match against Sunderland on Saturday as the Reds look to claw back the points on 4th place, Rodgers utilise his squad and rotate heavily for the fixture.

Dejan Lovren is set to return to the squad after missing the last four matches through a groin injury, though the match will come too early for Brad Jones, Glen Johnson, Jon Flanagan and Joe Allen who all remain sidelined.

BR "Dejan has only been back training in the last couple of days. We'll see how he is today, if he's not [fit] then def for the FA Cup" #LFC

In a potential signal of intent from Rodgers ahead of the January transfer window, Mario Balotelli was left out of the matchday squad for the 2-2 draw with Leicester last time out, but the Italian could make a return for the cup tie with the match providing the perfect chance for Raheem Sterling to receive a desperately needed rest.

While Balotelli will be hopeful of receiving a recall, the match also presents the opportunity for a number of fringe players to get some game time under their belt and Javier Manquillo, Suso and Lazar Markovic will be expectant of that.

As Steven Gerrard played 90 minutes on New Years’ Day, the inspirational captain could drop out of the starting team as a result with another shirt available in the starting team for Fabio Borini and Rickie Lambert, who will be vying for a starting berth in the Reds attack.

As well as Sterling, Martin Skrtel, Jordan Henderson, Philippe Coutinho and Adam Lallana would all also benefit from a night off for the cup clash after heavy involvement throughout the season, but with injuries restricting the ability to rotate in certain positions it’s unlikely they’ll all be left out.

After a congested fixture list and with games continuing to come thick and fast, it’s vital that Rodgers rotates his side as best as options allow him. Sterling is the priority to receive a well-deserved rest with his performance level having dipped in recent weeks no doubt down to the amount of time he has played this season.

Other options in the squad will allow the Liverpool manager to make changes elsewhere in his starting XI too and the Reds can still field a strong side despite rotation. One option to Rodgers – in keeping the 3-4-3 formation – is to line the team up like so: Rodgers could also opt to move Gerrard into a more attacking role, lining up as follows: Liverpool must produce a ‘professional performance’ against the fourth division side on Monday night to ensure for a smooth journey into the fourth round of the cup the Reds last won in 2006.

Rodgers: "We still have the second part of the season to come. He wants to help us finish as high as we can and win a trophy."

With the chance for cup glory in Steven Gerrard’s final season up for grabs, it would be a fitting tribute for the greatest ever to bow out with another FA Cup win to his name (on his birthday too), but for that to happen the Reds must overcome Wimbledon to begin the road to Wembley.

Submit your own starting XI