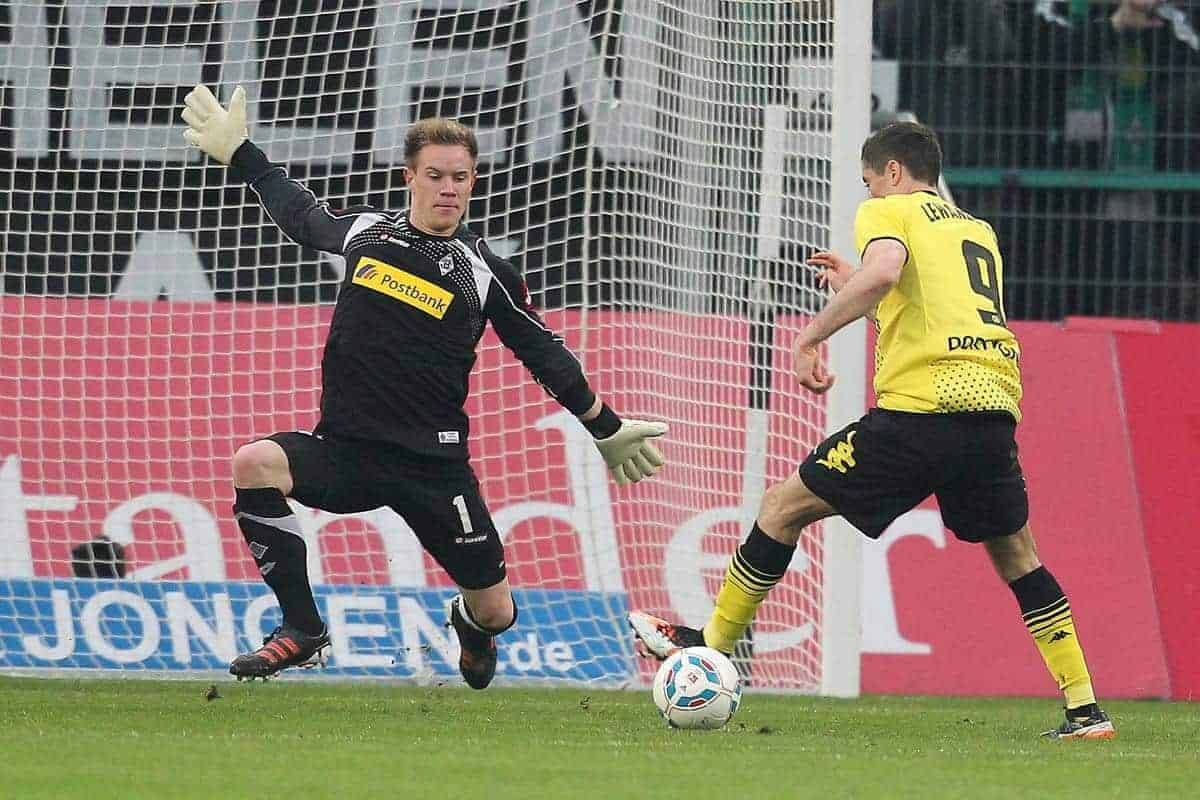 There were reports on Friday linking Liverpool with a move for Barcelona goalkeeper Marc Andre ter Stegen, and it would be a shrewd acquisition in an area where the Reds are desperate for reinforcements.

According to the Mirror, Brendan Rodgers is keen to bring the highly-rated Germany stopper to Anfield, as they look for replacements for Simon Mignolet.

The 22-year-old has been on Rodgers’ radar for a while now, having been linked with a move for him back in 2012.

Ter Stegen joined Barcelona for £9.7m from Borussia Monchengladbach last summer, and along with the likes of Thibaut Courtois and David de Gea, was seen as the most talented young goalkeeper around. He is also tipped to become Manuel Neuer’s long-term heir for the national team.

His first season at Camp Nou hasn’t gone to plan, however, and he has seen himself fall behind Claudio Bravo in the pecking order.

Although he has played in all six of the Blaugrana‘s Champions League fixtures, he is yet to feature in a single La Liga game and has spoken of his current frustrations to German daily Bild.

“It’s good to be at Barca but the situation is difficult. I’d be lying if I said I didn’t care and it isn’t easy being a spectator.

“I want to be the No.1 and I’m convinced that’s something that will happen if I continue to improve and work hard.

“I can only try to prove that I am the best [of the two goalkeepers] and that’s why I came here, so it’s something I will fight for.”

It’s clearly been an exasperating period for the 22-year-old, who the majority expected to be Barca’s undisputed first-choice in goal when he arrived at the club.

Chances are he will stay in Spain and fight for his place, and the likelihood of him leaving so early in his career there appears slim.

There can be no denying the quality he would bring to Anfield though, whether it be his reading of the game, shot-stopping or use of the ball.

The Reds’ troubles between the sticks were exposed yet again during their 2-1 win over AFC Wimbledon on Monday evening, as Mignolet produced yet another clanger.

He showed no authority whatsoever in dealing with a Wimbledon corner, allowing the monstrous Ade Akinfenwa to prod home and bring the League 2 side level in the process.

People will point to the fact that, other than that error, the 26-year-old was good, but at this level you cannot be making such regular gaffes.

Brad Jones’ spell in goal was arguably worse than Mignolet’s. The 32-year-old has been a lower league player for the majority of his career, and has barely ever been first-choice. The most games he has ever racked up in a season is 23, with Middlesbrough in 2009/10.

You can’t help but feel that if Rodgers doesn’t bring in a new goalkeeper this month, instead relying on Mignolet and Jones until the end of the season, it could ultimately cost the Northern Irishman his job.

The Reds are battling in three cup competitions and still hold aspirations to squeeze into the Premier League top four. Signing a new keeper would certainly improve the chances of success.

With reports suggesting there will be little activity at Anfield this month but that the Reds are keen to bring in a keeper on a short-term deal, a loan move for ter-Stegen this month could suit all parties.