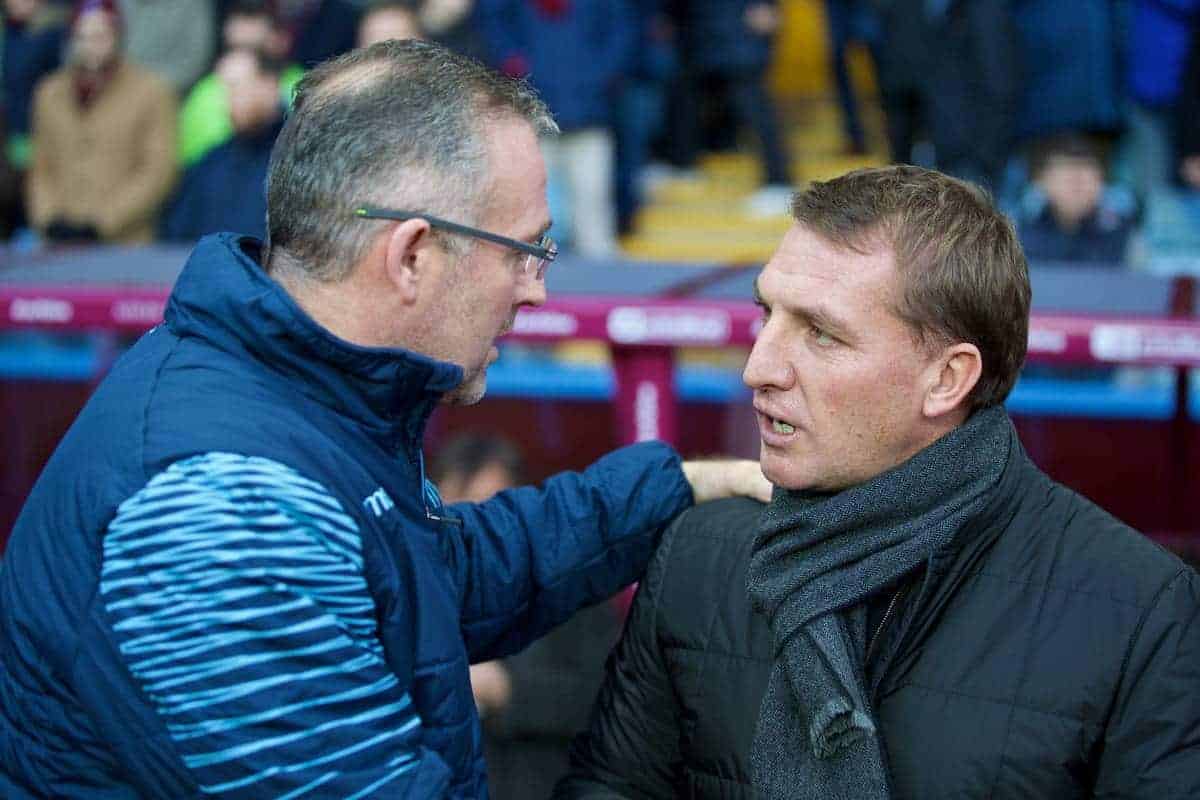 Liverpool boss Brendan Rodgers claimed his team were getting back to their best after they closed in on the Champions League spots with a 2-0 win at Aston Villa.

Fabio Borini’s first Reds goal in almost two years and Rickie Lambert’s strike extended the Merseysiders’ unbeaten run to eight games in all competitions and lifted them to seventh place in the Barclays Premier League.

Rodgers believes they have moved on from their difficult start to the campaign, which saw them win just six of their opening 19 games.

“It was fair to say in the opening four months of the season we were nowhere near what we had been, so we needed to find a solution,” he said.

“I had seen enough of the dynamic to see the side had enough going forward. We will always look to improve and the challenge is to improve.

“We’re building towards the future and progressing really well. The team is performing at a good level and playing some wonderful football.

“If we can get through to the end of January, getting to the top four is still an objective.

“We could have had one or two more goals, but it was a tough game.

“The system is working very well for us. In my time here we’ve played a lot of different systems but this one is exciting. The players that we bring in are footballers anyway.

“The most important thing for me is the identity and style of the team.”

Martin Skrtel also hit the post for Liverpool and defeat left Villa three points above the relegation zone, having not scored in eight hours and 42 minutes ahead of a daunting run.

They go to Arsenal and then host Chelsea – after facing Sky Bet Championship leaders Bournemouth in the FA Cup – in their next two league games. PA