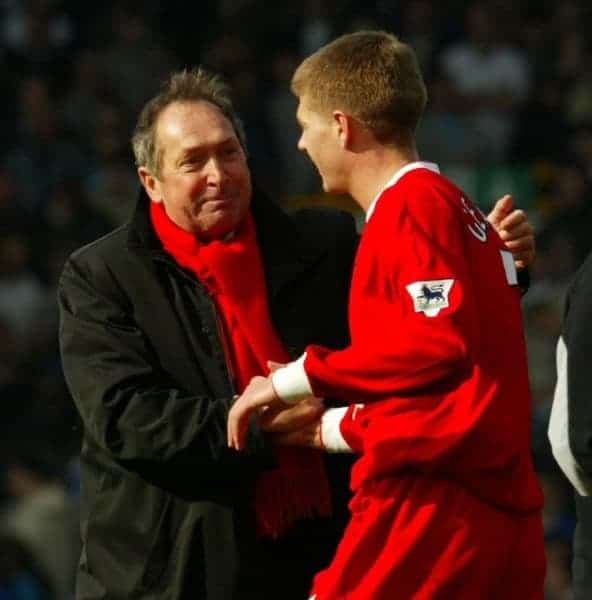 Gerrard announced on Friday that his 17-year spell at Liverpool will come to an end in the summer.

The 34-year-old midfielder looks set to end his playing career in the United States and then return to the Merseyside club, possibly in a coaching role.

Announcing his decision on Friday morning, the Reds captain said it was his "sincere hope and wish" to "return to serve Liverpool again, in whatever capacity best helps the club".'

And Houllier, who managed Gerrard at Liverpool for six years, believes the Anfield skipper could well be in charge of first-team affairs at the club in the future.

"I would not be surprised if we saw him become the boss at Anfield," Houllier told Sky Sports News.

"That would be very good. He has always been good around the team – he is someone who likes to think about the team first and I wouldn't be surprised if he became a very successful manager one day."

Another of Houllier's former players Jamie Carragher said Liverpool should have pulled out all the stops to keep Gerrard at the club.

But the Frenchman insists Gerrard has made the correct call in leaving the Merseyside club.

"I think Stevie has done the right thing," Houllier said.

"He has a break from Liverpool and maybe he will get through his different qualifications outside training to become a manager."

Houllier gave Gerrard his debut in 1998 and handed the Englishman the captain's armband when he was just 22 years old. Gerrard helped Houllier win the FA Cup, the League Cup twice and the UEFA Cup during his time at Liverpool and he will always remember the midfielder fondly.

"He's a great leader, someone who inspires," Houllier said.

"He was outstanding for Liverpool in terms of technique, speed and power. He had an excellent eye for a pass.

"He understood he had to live for his job and not use his job to live.

"He devoted his time and energy and diet for the job and that's why he was world class. He made a lot of sacrifices. He had outstanding qualities, talent but he worked very hard on the back of that and that's why he has been successful.

"It's something Liverpool will miss."