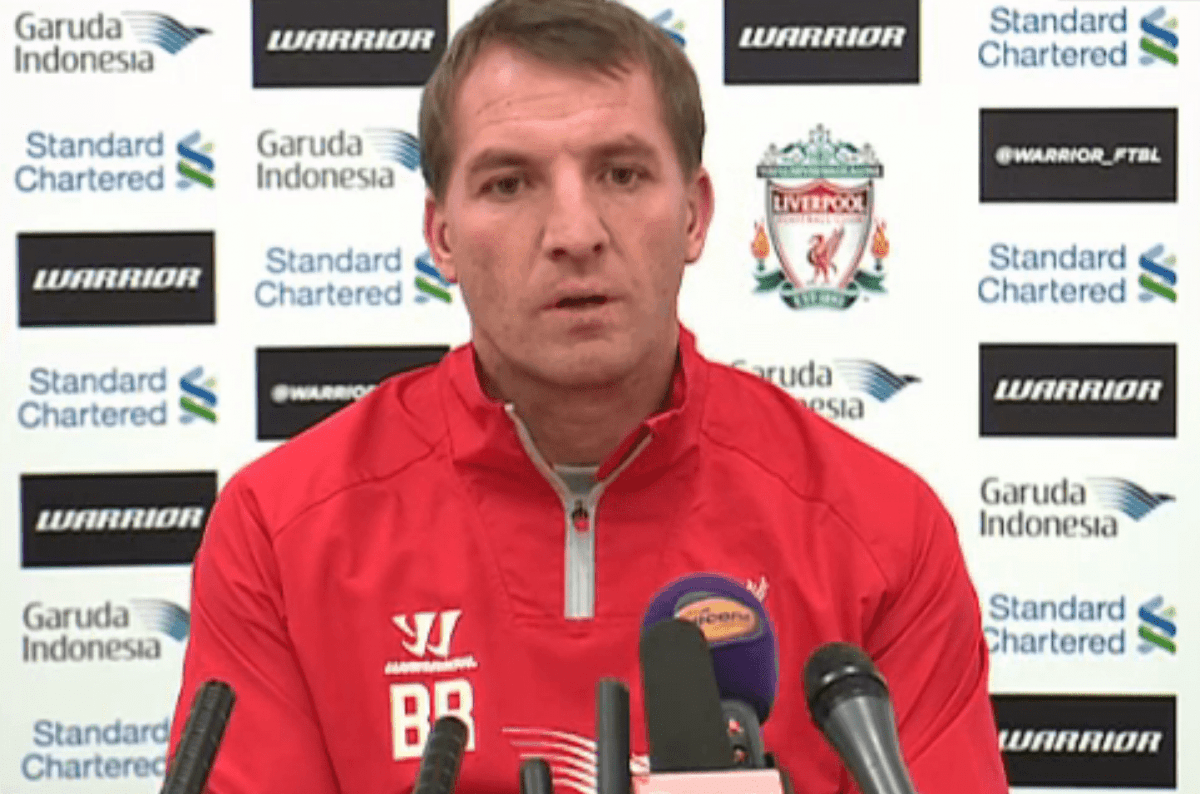 Brendan Rodgers spoke to the media at Melwood on Thursday afternoon ahead of Saturday’s FA Cup 4th Round tie against Bolton at Anfield.

The Reds take on Neil Lennon’s side hoping to continue their good form in the domestic cup competitions.

The Northern Irishman was immediately quizzed as to why Raheem Sterling’s proposed new Liverpool contract is taking so long to finalise.

“It is something the club are speaking with his representatives on and I would think that would be concluded very imminently,” said Rodgers.

“The player is very happy. It (the delay) is nothing to do with Raheem, he wants to be here so hopefully we get the solution on that very soon.”

Rodgers also took the opportunity to clarify the club’s objectives for success this season, suggesting they were never going to be title contenders again with all the changes made to the squad last summer.

“This year was about getting into the top four, trying to minimise the impact of so many new signings, giving them time to develop and target a trophy in the cup competitions.