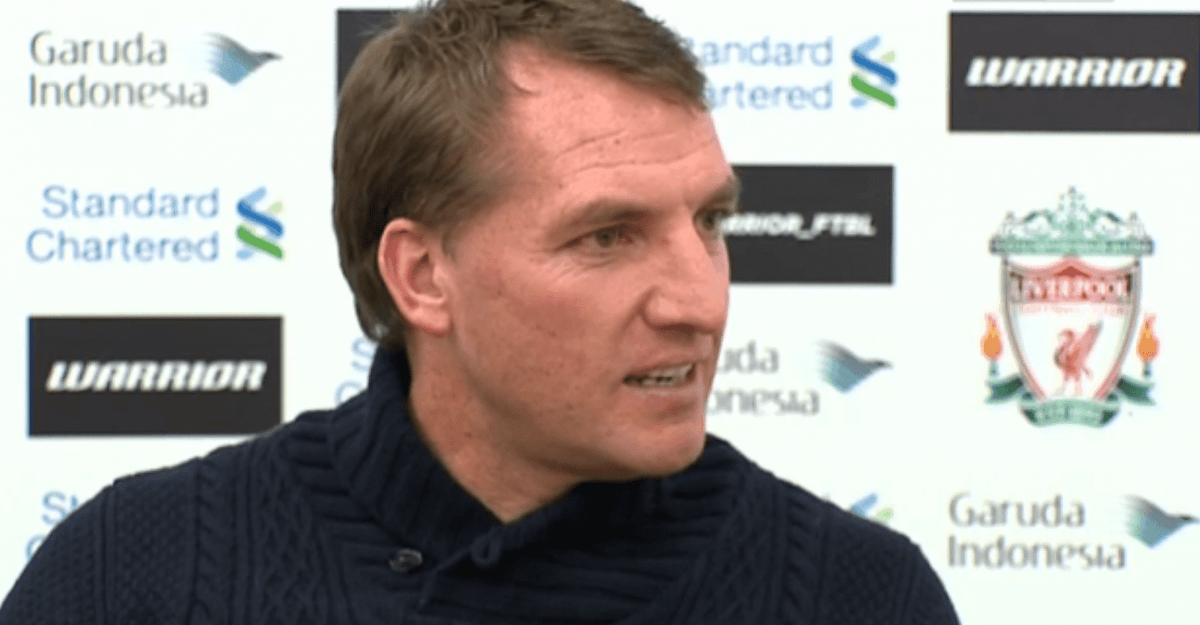 Liverpool manager Brendan Rodgers believes striker Daniel Sturridge will provide the necessary boost to his squad in the absence of new signings.

Throughout January the Reds boss had predicted a quiet transfer window and that has not changed with no arrivals or departures from his first-team squad.

There has been interest in Rickie Lambert, whose limited chances have diminished further with Sturridge’s return from injury, but Rodgers does not want the experienced forward to leave. Rodgers believes the £120million recruitment he undertook during the summer will stand them in good stead, and Sturridge scoring on his comeback against West Ham on Saturday after five months out injured has given everyone a much-needed shot in the arm.

“Daniel coming back for the second part of the season will be a real help for us.”

Rodgers will, however, resist the temptation to overload the 25-year-old early in his return after persistent problems with thigh and calf injuries.

“It is a process with Daniel; he has been out a long time and only returned to training last week but you need to be careful with him,” he added.

“We will manage his time and he will build up towards 90 minutes.

“He is working hard in training but it is clear to see he is not at that stage yet but he is ready to play a part in the games.

“There is no timeline on it, it is just him getting some hard work in and getting that base of fitness.

“He has a good level of fitness so it is just the football fitness and he will get that through playing games.”

One player who looks like benefiting immediately is playmaker Philippe Coutinho, who is arguably enjoying his best spell since arriving two years ago.

He has already had a significant creative influence during Liverpool’s upturn in results but Rodgers would like to see him add more goals – he has scored just 10 times in 81 appearances – to elevate himself to a different level.

“We have seen young Phil come into his own in the last couple of months purely because of the movement in front of him,” said the Reds boss. “He is in a really good moment, his rhythm in his game is good, having a lot of game time, and we’re trying to manage him because he is playing a lot but his performance level is at a really high level.

“He still has areas to improve in his goalscoring ability but if he can do that he will get into that bracket of ‘world class’.”

There is a greater emphasis on the Brazil international to contribute to the goalscoring tally then some of his fellow midfielders.

With Steven Gerrard set to leave for Los Angeles Galaxy in the summer the side will have to replace his annual contribution, but in their current 3-4-3 set-up the responsibility is not with Jordan Henderson (16 in 165 games) or Lucas Leiva (six in 266).

“Our two controlling midfielders don’t need to contribute goals,” said Rodgers. “If you are playing with Lucas Leiva and Jordan Henderson there are five others players we want to score.

“Their role in the team will be to secure the team and at times look to break forward.

“If we played a different system with a different function then yes but currently it is not a demand for them at this moment.”

Deadline day was set to pass with no new arrivals but Rodgers feels they are well-placed, having brought young winger Jordon Ibe back from an impressive loan spell at SkyBet Championship side Derby to bolster their attacking options.

“It depends in the moment you are in. Last year we didn’t do any business either,” he said. “Unless there is something you believe will really add to your squad of players then I don’t like to stockpile players.

“We needed another player to come into the squad in that area so rather than maybe looking at bringing in a more senior player we have young players we are developing well and Ibe has come in and looked fantastic.

“You always have to look for that star quality but if it is not available you work with what you got.”