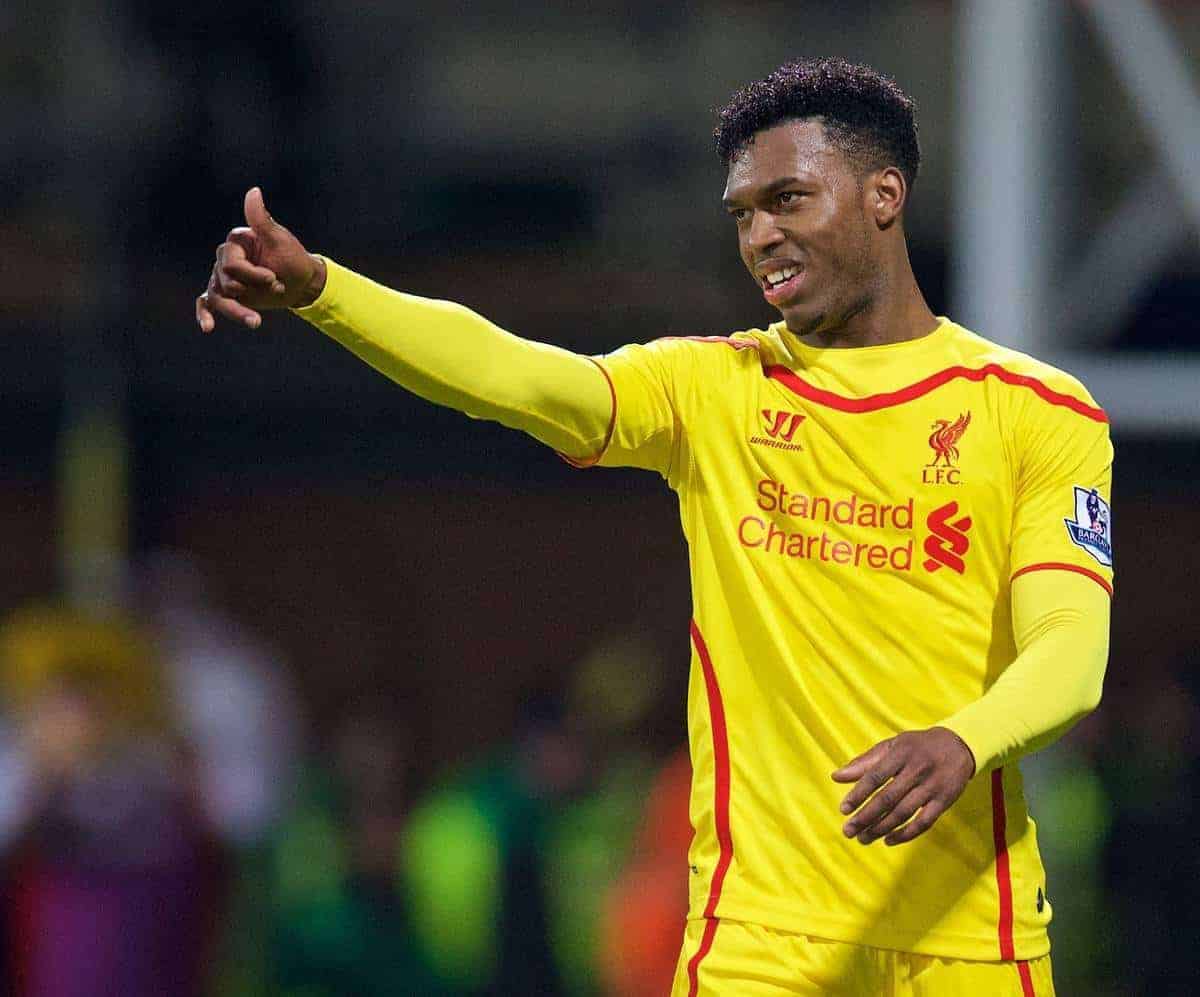 Liverpool manager Brendan Rodgers hailed the impact of Daniel Sturridge‘s return after the striker scored in the Reds’ 2-1 win at Crystal Palace in the FA Cup fifth round.

Sturridge’s volley four minutes into the second half cancelled out Fraizer Campbell’s opener before Adam Lallana completed the turnaround to book Liverpool’s place in the quarter-finals.

The 25-year-old has spent five months on the sidelines with calf and thigh injuries but Rodgers’ believes the England forward is beginning to find form at just the right time.

“He’s working his way back, it’s just about extending his game time,” Rodgers said. “I’ve got to do that because you risk re-injuring him and that’s something we can’t afford.

“You can see his qualities – his speed, his touch and he doesn’t need too many chances to score.

“He should have had a penalty today, it looked a clear penalty, he looks really bright. “The team is functioning at a high level at the moment and him coming back gives us a big boost in this part of the season.”

Sturridge looked more threatening in the second period when he was joined in attack by Mario Balotelli, who came on as a substitute at half-time. Balotelli scored the winner as Liverpool beat Tottenham 3-2 on Tuesday and it was the forward’s driven free-kick that led to Lallana converting the rebound just before the hour.

“He showed good strength and power to win the free-kick and then a terrific strike forces the keeper to make a save and Adam puts in the finish.”

Rodgers has preferred to use a lone striker so far this season but he admits playing Sturridge and Balotelli together is an attractive option.

“We played a diamond earlier in the season and those two played together and did very well,” Rodgers said. “We’ve shifted the system from the last time we were here but certainly when the two of them up are up there, they’re a threat.

“They’re both talented players so they can function in whatever system they’re in.”