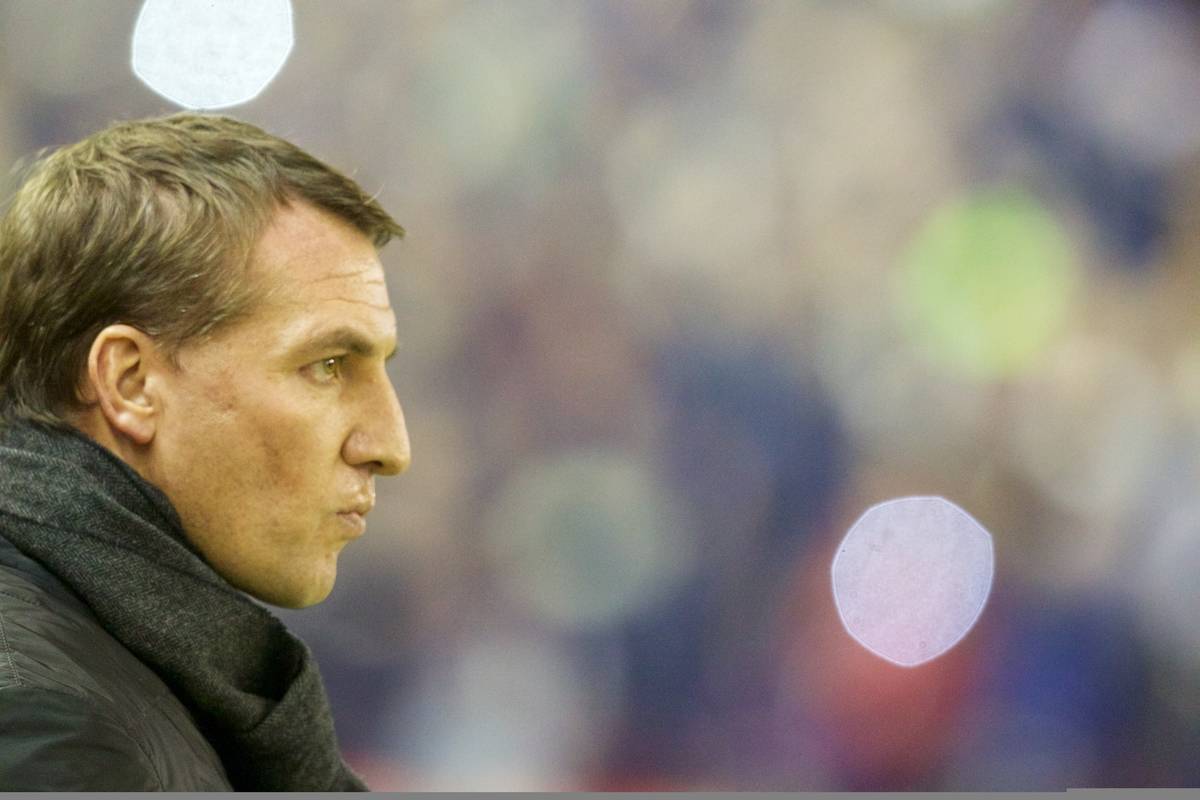 Brendan Rodgers recently predicted an improvement in Liverpool’s form in the second half of the season, and Jack Lusby explores why. Liverpool are a team that thrives in the second half of the season, according to Brendan Rodgers.

At the start of the year, the manager predicted as much, outlining his sides’ blossoming form from one half of the season to the next:

“We are a team who can come on strong in the second half of the season. There is still a way to go, but the exciting thing is that in my two years here we have always been better in the second half. That’s the business end. That is where we want to be.”

It definitely seems right on this season’s evidence, with the Reds improving markedly in the second half of the season so far—everything seems to be coming together for Rodgers.

So, was Rodgers right to predict a second-half surge for his side this season?

The best, fundamental way to judge an improvement in form is to measure an increase in points per game, goals scored per game and goals conceded per game.

Furthermore, here, chances created per game are added as a further measure to factor a potential increase in team productivity in the second half of the season.

In Rodgers’ first season in charge, the manager looked to implement the successful possession-based style that saw him make his name at Swansea City—Liverpool looked comfortable, but never truly impressed.

The signings of Daniel Sturridge and Philippe Coutinho in January saw an immediate improvement, and the increased average of points, goals scored and chances created per game serves as a testament of that, as well as a decrease in goals conceded per game.

Approaching the 2013/14 season with a more hell-for-leather attacking approach, owing heavily to the attacking prowess of Sturridge and Luis Suarez, and the deep-lying creativity of Steven Gerrard, Liverpool began in better form than they ended 2012/13.

However, Rodgers’ side still improved in the second half of the season, as the Premier League title grew closer.

With a 16-match unbeaten run in 2014, Liverpool’s average of points and goals scored per game increased, although their attacking approach saw a disappointing increase in goals conceded.

Interestingly, Liverpool created less chances in the second half of 2013/14; they were just that bit more clinical.

(Note: Second half of the season based on average of games played so far.)

This season, Liverpool stuttered to a miserable start, slumping to a mid-table position in the league and crashing out of the Champions League.

The loss of Suarez was felt heavily, with the lowest average of goals scored per game of any season under Rodgers.

Since the turn of 2015, however, and the introduction of the 3-4-2-1 formation, Liverpool have improved significantly, with rates of points and goals scored per game increasing, and their defensive record refined immensely.

Again, though, Liverpool average of chances created per game has decreased—this is despite the upturn in form of Coutinho.

Looking at the improvement in terms of winning more games, and scoring more and conceding less goals on average from the first half of the season to the second half of the season under Rodgers underlines just how much Liverpool do improve at the turn of the year.

But why does this happen?

Why this trend continues under Rodgers at Liverpool could be attributed to a number of factors.

The signings of Sturridge and Coutinho in January of the 2012/13 saw an immediate rise in fortunes for the side, and Liverpool’s average of goals and chances created increased as a result of their impact.

In the summer prior to the 2013/14 and 2014/15 seasons Liverpool signed a large number of players, with 2013/14 heralding six new players and 2014/15 bringing eight (excluding immediate loanee Divock Origi), and as such the squad has taken time to gel.

Moreover, with the World Cup taking place before the current season, a lot of Premier League players have been affected by the fatigue that this added summer competition brought.

It is clear that Liverpool do experience a second-half surge every season under Rodgers—the manager must take measures to ensure that this isn’t necessary. Rodgers needs to make sure he doesn’t suffer from the David Moyes Effect.

Under Moyes, Everton typically started the season slow, struggling to generate momentum and produce the performances required to win games.

As a result, Everton could never truly challenge at the top of the Premier League.

Liverpool have proven their Premier League credentials in recent seasons under Rodgers, and particularly in 2013/14, but their slow starts have held them back—this season, the Reds will be content with a top-four placing, after a miserable start.

Brendan Rodgers needs to ensure his side kick off their season as they intend to finish.

How can Brendan Rodgers ensure that his side starts well next season? Let us know in the comments below.