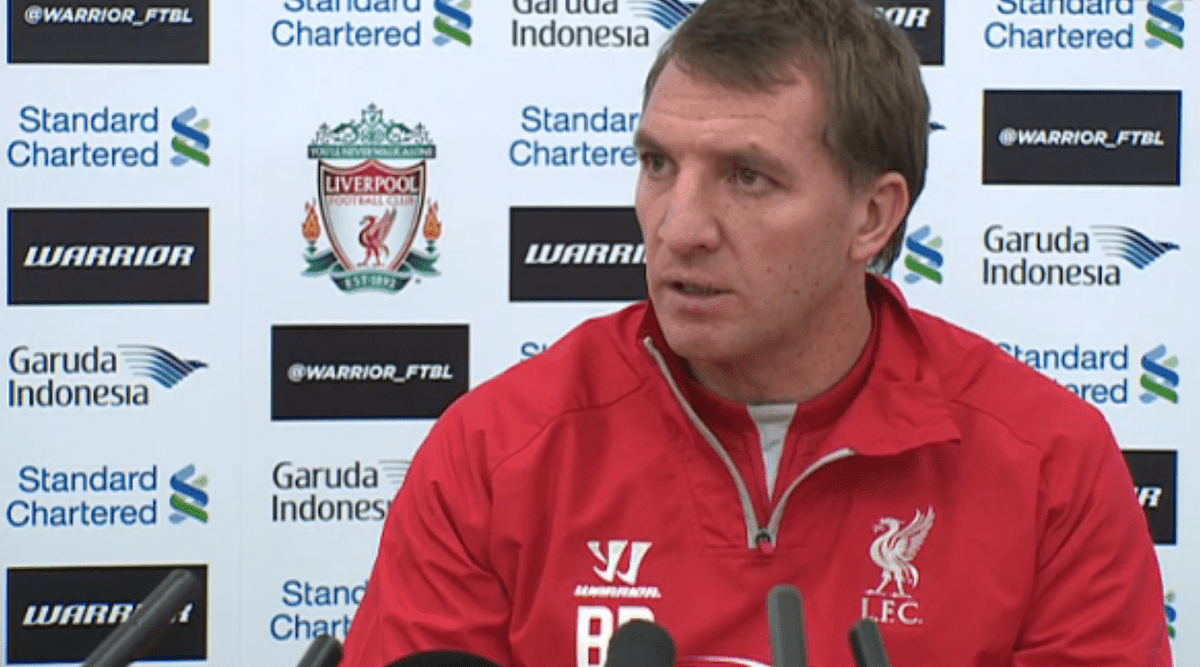 Liverpool manager Brendan Rodgers admits their Europa League exit may yet prove to be a blessing in disguise.

The Reds’ run in the competition, having dropped down from the Champions League, lasted just one round as they lost to Besiktas on penalties on Thursday.

Rodgers insists there was no psychological damage from the first European penalty shoot-out defeat in the club’s history and believes it may end up working in their favour.

Last season, without the demands of Europe, his side hit top form after the turn of the year, winning 15 league matches, drawing three and losing just one as they finished second in the title race to Sunday’s opponents Manchester City.

With that in mind, Rodgers is now looking forward to being able to focus on one match a week without any Europa League distractions.

“At the time you don’t like to say that because we want to win, and this year has been an experience for us both in the Champions League and Europa League,” said the Northern Irishman, whose side were just three points off third place going into the weekend.

“A lot of young players have gained invaluable experience in Europe this year and will be better for it.

“We want to be in those competitions and the Champions League consistently for the next number of years but there is no doubt with that out of the way, and after next week’s game against Burnley (on Wednesday), we will go to nearly one game a week, which probably for the first time this season will give us chance to prepare every aspect.

“The bigger picture for us is the Premier League and the FA Cup were our priorities, so that is still the case.

“Between now and the end of the season we will give everything to achieve our objectives.”

It has been a quick turnaround to get the players ready to face City as extra-time and penalties in Istanbul meant the squad were even later getting back to Liverpool than they had anticipated.

It gave them less than 55 hours to prepare whereas the visitors will have had an extra two days’ rest, having played in the Champions League on Tuesday.

Rodgers will be able to bring playmaker Philippe Coutinho back into the team having rested him in midweek.

Lazar Markovic is available after suspension in Europe and a late decision will be made on the ankle injury which forced Jordan Henderson to miss the trip, but the Reds boss is effectively selecting from the same squad which was left heartbroken in the Ataturk Stadium.

“It was always going to be difficult in terms of the preparation – you don’t have to be a sports scientist to know when you arrive back at 4.30am on Friday and you have a game early on Sunday physically there will be a cost,” Rodgers said.

“But if you look at where the team is at there is no psychological damage from the other night.

“You can’t dwell on it. The players gave everything over the two games, we were reasonably solid in the game and one mistake cost a goal.

“It is a different competition (on Sunday). We will move on and hopefully finish the season strongly.”

Rodgers will be hoping the 105 minutes striker Daniel Sturridge played on Thursday will not have a detrimental effect when he comes up against his former club at Anfield.

“We have to manage Daniel. He had given everything in the game,” said the manager, when asked why Sturridge had not been kept on to try to snatch the away goal which would have effectively killed the tie.

“This is a player who is coming back from five months out injured, who is still gaining fitness in games, and we have to be really careful he doesn’t break.

“Daniel’s history shows that as he has a past in terms of injuries.

“There has been very little training in between games. He had no more left in his legs and we needed to take him off to prevent him getting an injury when he was very tired.”