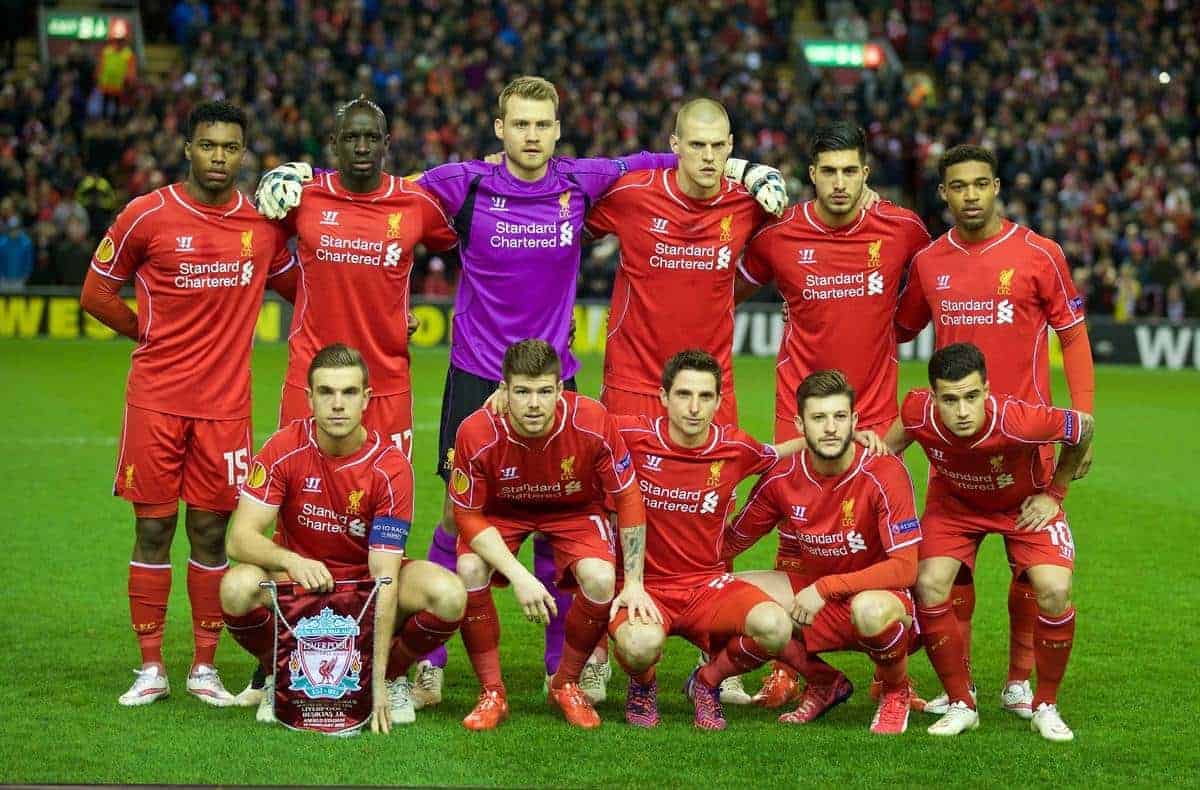 Brendan Rodgers names a strong side for Liverpool’s Europa League first leg round of 32 match against Besiktas at Anfield tonight (8.05pm kick off).

Jordon Ibe, was cup-tied against Crystal Palace on Saturday, replaces the suspended Lazar Markovic on the right of midfield.

That’s the only change from Rodgers, as Philippe Coutinho starts his 18th game in a row.

Raheem Sterling is back but only on the bench, alongside Mario Balotell, Rickie Lambert and Fabio Borini.