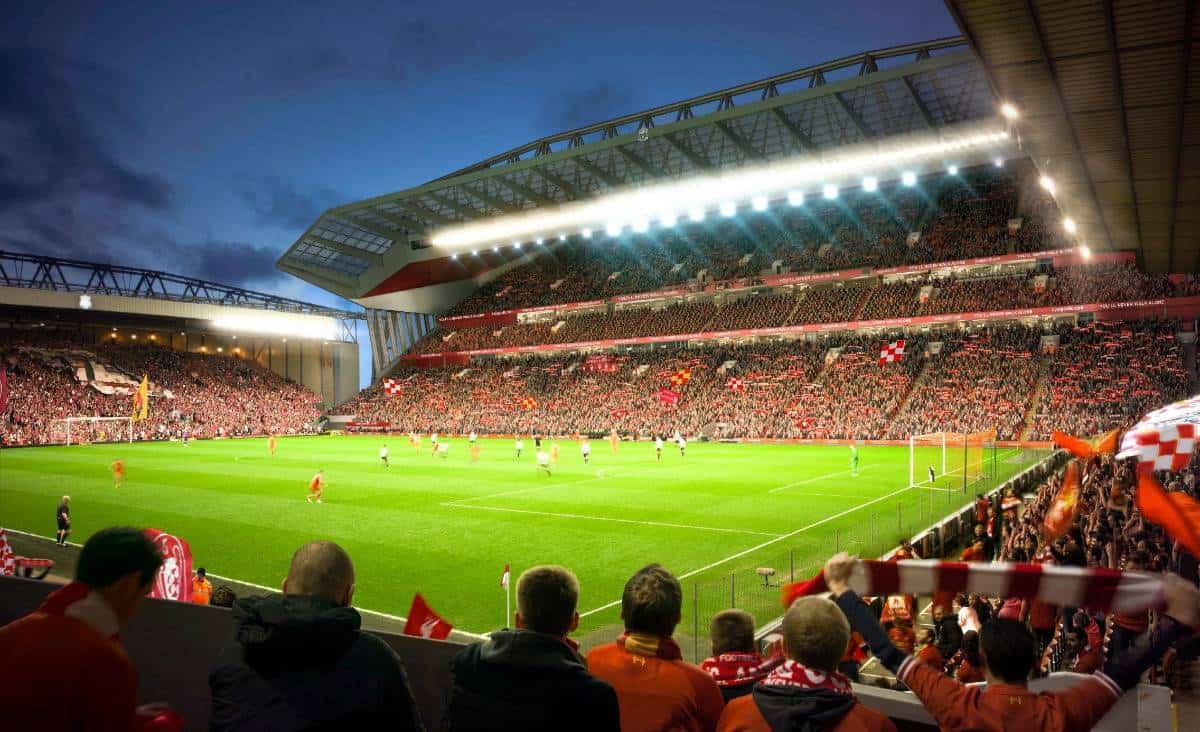 Liverpool principal owner John W. Henry is in town for Tuesday night’s crucial clash against Tottenham and has taken the opportunity to check up on the progress of Anfield’s new Main Stand.

Work on Anfield’s new Main Stand has progressed at some speed since the turn of the year, with the Hillsborough Memorial and Main Stand gates being removed. The Shankly Gates are also to be removed and placed in storage until work is complete.

Liverpool have ensured their final game of this season is away, and the opening game of next season will also be away, allowing for sustained work to take place over the summer.

Watch the video below of how the new stand will be constructed: