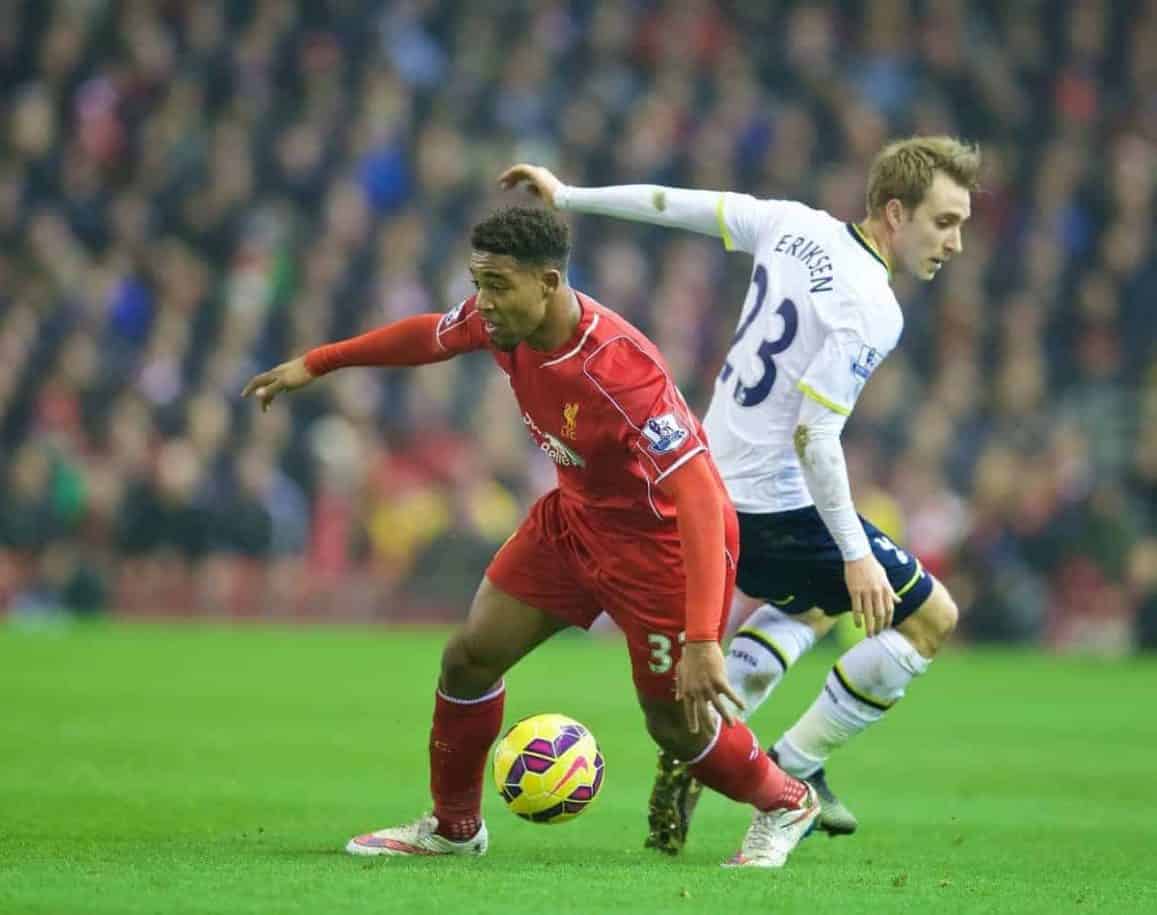 Brendan Rodgers seems to have found his new Norwich City—Tuesday night heralded another win over Tottenham Hotspur for the Liverpool manager, with this one proving a particularly breathless encounter.

Goals from Lazar Markovic, Steven Gerrard and Mario Balotelli sealed the victory, despite the efforts of Harry Kane and Moussa Dembele.

In an all-round solid performance for the Reds, how did each of Rodgers’ men fare?

Simon Mignolet was understandably furious after the linesman failed to call Harry Kane offside for Moussa Dembele’s goal, as his clean-sheet record took a hit.

Overall, the improving goalkeeper was in comfortable form, with an impressive save to tip over Erik Lamela’s snapshot the highlight.

Starting off at right centre-back and ending up at the heart of midfield, Emre Can continued his imperious form with another man-of-the-match display at Anfield.

Despite starting well, Can truly grew into the game in a central role, helping to stretch a Spurs midfield that featured a weak Paulinho.

Looking sloppy in the early stages, Martin Skrtel restored his form with a blossoming performance.

Nothing special, the Liverpool veteran kept things simple with some assured, physical defending.

This was far from Mamadou Sakho’s finest hour, with the Frenchman stuttering when faced up against Spurs’ right winger in Lamela, and—surely only fuelling his often misguided critics—made a costly slip in the build-up to Kane’s equaliser.

Sakho did improve in the second half, but was off the pace on Tuesday night.

With Raheem Sterling sitting this one out, it was up to another young English prodigy to take the flair reins, and Jordon Ibe answered emphatically with a supremely confident right wing-back performance.

Most impressive was the way Ibe dovetailed with Markovic, who served as Liverpool’s more advanced No. 10, switching roles with precision and understanding—a promising partnership.

A collective groan emitted on the announcement that Gerrard would partner Jordan Henderson in the centre of Liverpool’s midfield, with most expecting Joe Allen to fill in for the injured Lucas Leiva.

A turgid work rate, an uninterested pressing technique and some sloppy passing underlined why Gerrard must not play at central midfield, although the 34-year-old made some timely challenges and, of course, slotted home Liverpool’s second with a well-taken penalty.

Lumbered with the aforementioned underachiever, it is difficult to truly assess Henderson’s performance at Liverpool’s core, but the vice-captain was off the boil for the majority of the night.

Some precise passing and the usual hard work went some way to disguise what was, in its essence, a lowly display.

Operating once more as Liverpool’s left wing-back, Alberto Moreno was an ever-present attacking outlet, as well as a consistent defender when Spurs launched their counter attacks.

Where recently the 21-year-old has hugged the touchline, Moreno seemed more confident in this encounter, driving inside with regularity—likely a key beneficiary in Daniel Sturridge’s return to the side.

A direct replacement for the sidelined Sterling, Markovic deployed his direct running style and intricate attacking play in an effective group showing with Ibe and Sturridge on the right-hand side of Liverpool’s attack.

Markovic took his opening goal well, with pace, perception and understanding of space key to his success in this role.

Like Henderson, it is a tough call to make when judging Philippe Coutinho with Gerrard as a central midfielder as, like we saw in the win over Bolton Wanderers, the 22-year-old has to drop much deeper to aid Liverpool’s build-up.

Nevertheless, this was not Coutinho’s best display, and more often not his usually precise passing failed to find a target.

Just like in his cameo performance against West Ham United, Sturridge’s presence on Tuesday night affected all around him in an extremely positive way—the striker looked lively and confident on his first start for the club in five months.

Happy to drop deep to collect the ball, as well as always looking to get on the shoulder of centre-backs Eric Dier and Jan Vertonghen, Sturridge troubled Spurs hugely until his withdrawal.

Adam Lallana – 7, replacing Markovic, 79 minutes. – Taking over from Markovic as one of Liverpool’s dual No. 10’s, Lallana continued his predecessors fine work, and assisted Balotelli’s goal with true quality in the cross.

Who was your Man of the Match as Liverpool beat Tottenham Hotspur at Anfield? Let us know in the comments below.