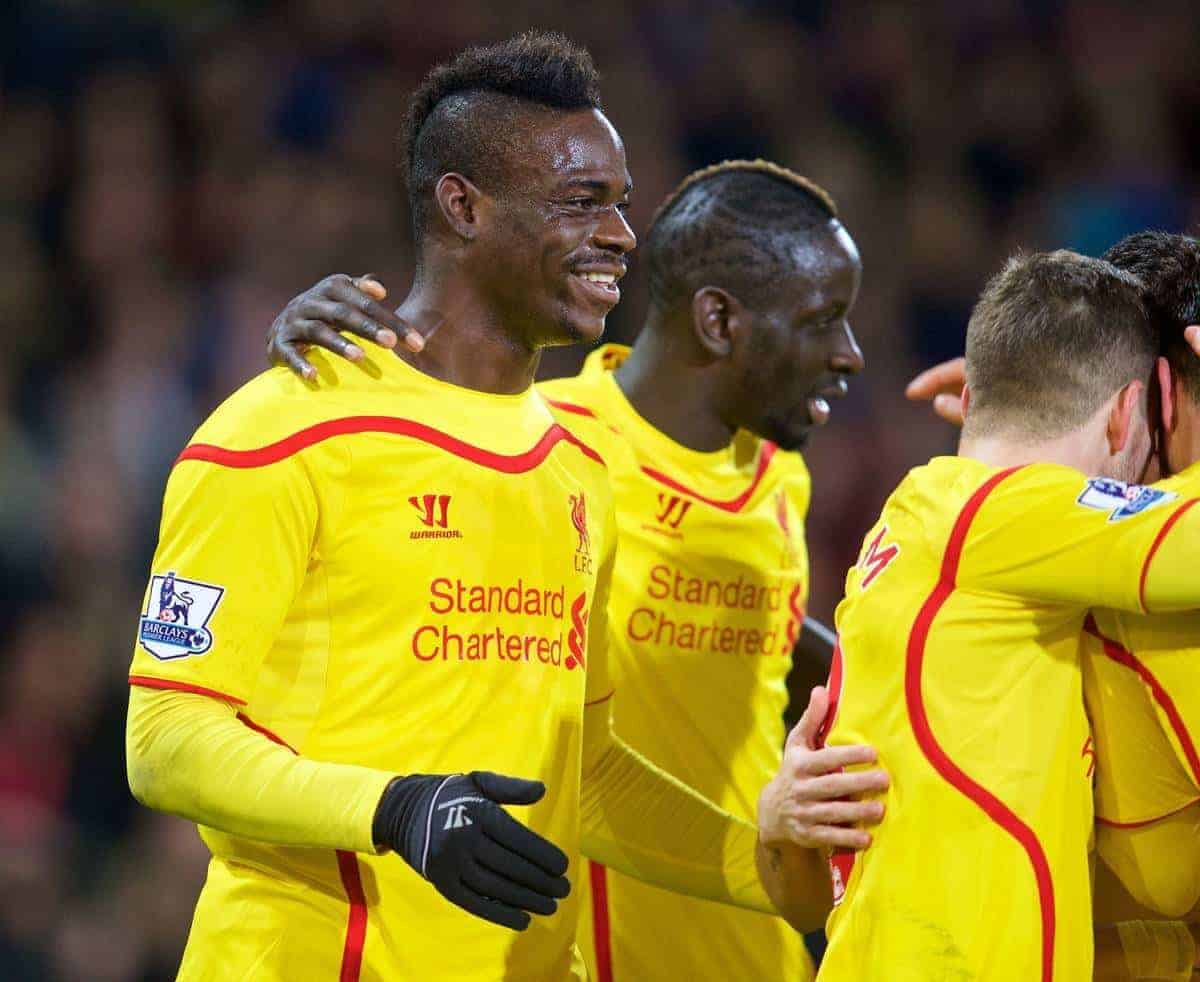 Liverpool came from behind to defeat Crystal Palace 2-1 in the FA Cup fifth round, thanks to second half goals from Daniel Sturridge and Adam Lallana.

The turning point in the match proved to be Mario Balotelli’s half time introduction, with Brendan Rodgers opting to pair him alongside Sturridge in attack.

The Italian gave Liverpool more presence in attack and occupied Palace defenders. He won the free-kick and his shot was parried for Lallana for the winning goal.

There was also praise for the performances of Simon Mignolet in goal and Mamadou Sakho in defence.

Brilliant turnaround in the second half. Credit to Brendan for making the changes. Skrtel and Mignolet the standout players. #LFC

Correct sub by Rodgers to bring Mario on at half time. Put in a good shift and created the winner. Control of the final 15 mins was great.

Pretty comfortable in the end this. Showed some real maturity in the last 15 mins, played keep ball really well – something we never did last season. Shows the manager is maturing nicely and bodes well for European campaigns where keeping the ball in away fixtures is key. Last year we’d have been bombing on for the third.

Big performance from Joe Allen today, thought he was class. Mario really coming into it now, he’s slowly adapting his game and it shows. Skrtel was a bit dodgy but, if he can be dodgy and we still win then I’ll take that.

Good spirit/mentality shown by Liverpool. Had enough quality to get back in to the game. Another referee that I don't want to see again soon

That second half was perfect from #LFC . Incisive with the goals and then completely killed the game. Seemed an easy day's work in the end.

Good changes from BR, and Balo looks like a different player (I know two sub appearances isn’t enough to judge, but still), Can starting to just play further and further forward even when he was still meant to be in defense, but I like that we need him further up the pitch. Glad Sturridge scored again, when he gets back to full fitness he’ll be brilliant, and I enjoyed Moreno dancing with him :happy:

Rotation needs to happen at some point though, the team is starting to look a bit tired

Big win for LFC. Mignolet, Allen excellent I thought. Balotelli made a difference when he came on.

Mignolet looks ten times the goalkeeper he did three months ago. Confident, he punched and caught everything. Massive improvement.

Nice professional job that. Special mention to mario, did exactly what we needed him to.