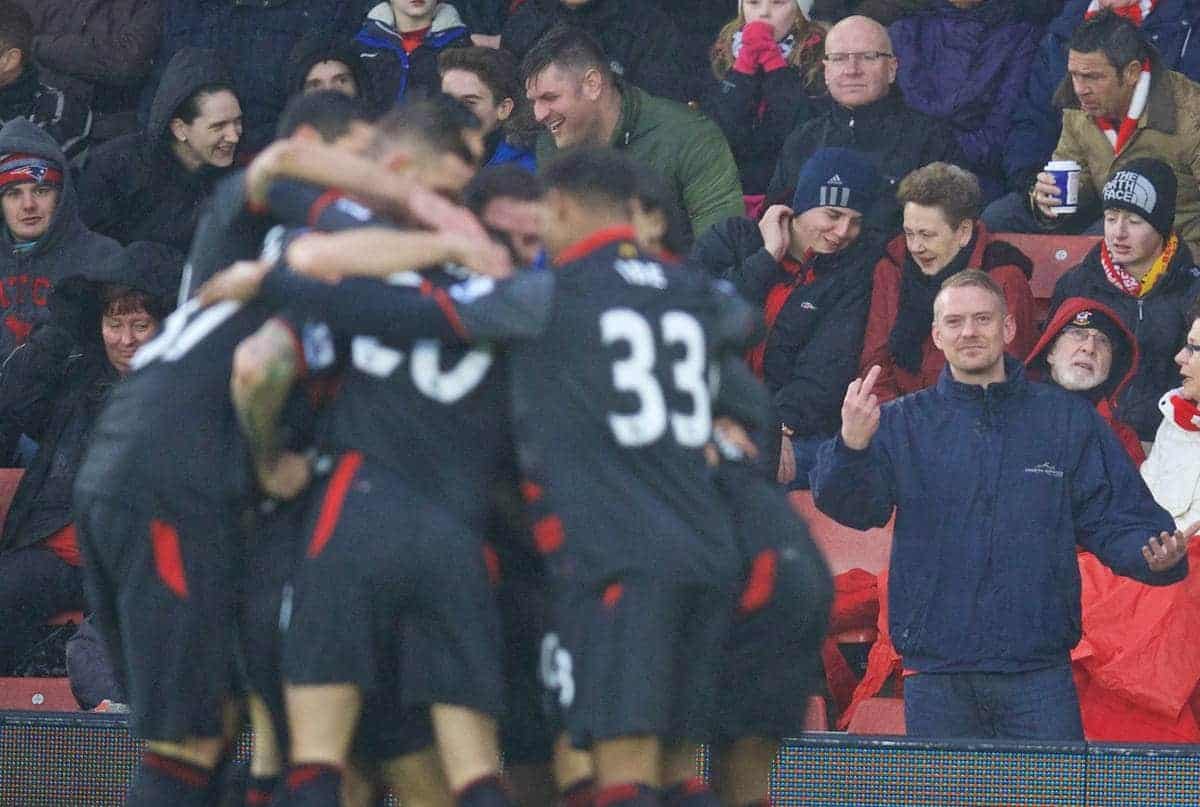 Liverpool have at last adapted to life without Luis Suarez, with Joe Allen going as far as to suggest Brendan Rodgers’ side may even be better now.

After coming so close to capturing the Premier League crown last term, things looked like they were unravelling in the wake of the Uruguayan’s Anfield exit. Suarez’s move to Barcelona was compounded by injuries to, amongst others, Daniel Sturridge, and what proved a difficult transition for many summer recruits, leading pressure to mount on Rodgers.

Since December, though, the Reds have improved markedly and on Sunday moved within two points of the top four, thanks to a seventh win during a 10-match unbeaten run in the Premier League.

“At the start of the year we talked about how losing Suarez was going to have an affect but now we have overcome that,” Liverpool midfielder Allen said, following the latest victory at Southampton. “It took us a little bit of time to overcome that because the injury problems we had were not ideal.

“We are certainly back up to that level and if anything with the different system we play this season we might even have taken a step forward.

“Sometimes (criticism) gets taken out of hand but I don’t think it was unfair. There was no hiding places and we were not delivering as players.

“There was no excuse from us. We knew there might be a difficult patch early in the season and that probably went on longer than we hoped and expected.

“At the same time we always knew we would come through it and I think that was the biggest sign we would be where we are at this stage.”

As well as the league, Liverpool are through to the FA Cup quarter-finals and travel to Besiktas on Thursday looking to secure safe progress to the Europa League last-16.

Allen says everyone at the club is “digging deep” to cope with their three-pronged attack, epitomised by the resilience showed in winning 2-0 at Saints on Sunday.

The St Mary’s encounter was not without its controversy, though, as referee Kevin Friend waved away three strong, first-half penalty appeals from the hosts. Dejan Lovren handled after Filip Djuricic twice went down in the box, first under pressure from Emre Can and then Allen’s challenge.

“If I am being honest I didn’t get contact on the ball, which was disappointing because I felt I could get it but missed it,” the latter said. “I didn’t really take him down either so it is one of them where my heart was in my mouth a little bit but at the same time I can see why it wasn’t given.”

Those incidents along with others at the weekend led to widespread discussion about the merits of video technology – something Southampton captain Jose Fonte would back.

Asked if he would support the introduction of such the measure, the Portuguese centre-back said: “Yeah, I think so, I think it would be a good solution.

“It’s one of those days. Nothing went our way. We kept trying, we kept working hard. “They got a great goal really early on and then we put the pressure on them, and we just didn’t have any luck today, either with decisions or in the game itself.”