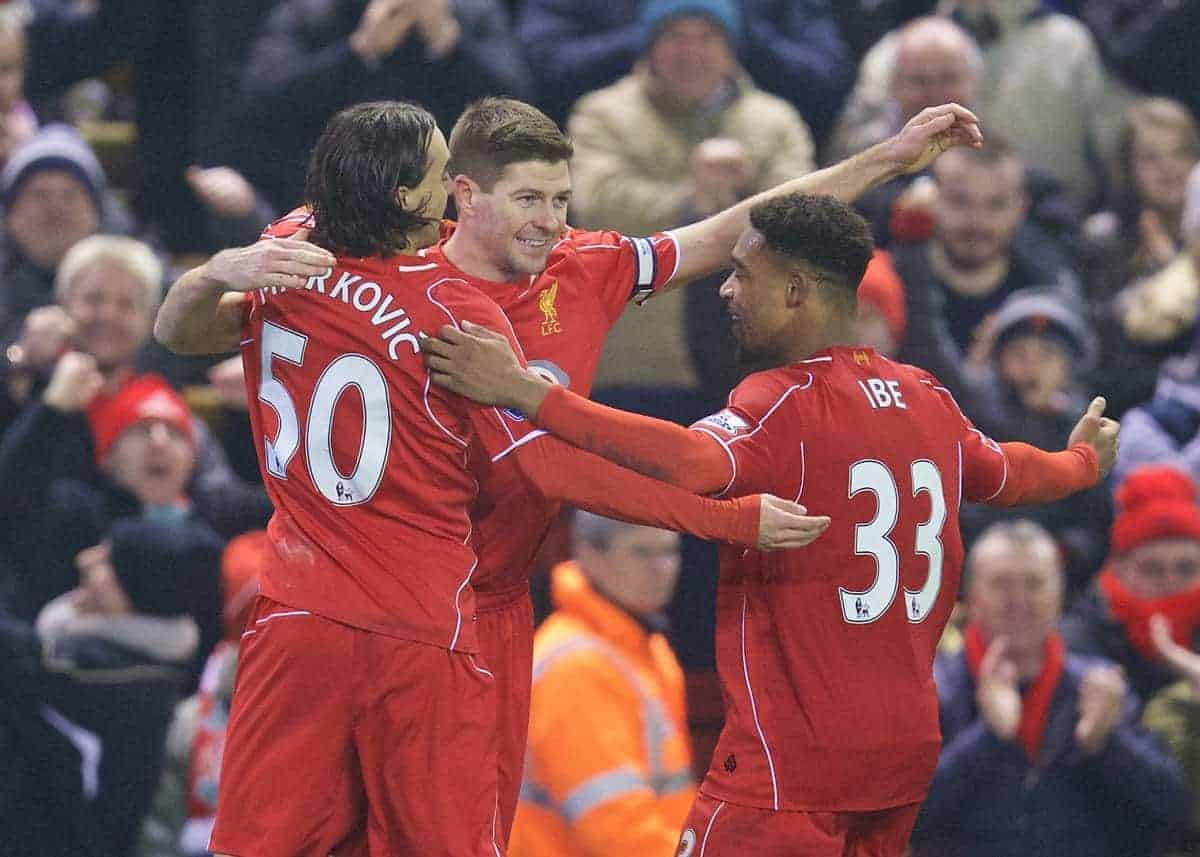 Liverpool defeated Tottenham 3-2 on a topsy-turvy evening at Anfield. We round-up the best reaction from social media both during and after the game.

This was the kind of match the Reds just never used to win. Having been pegged back twice by Mauricio Pochettino’s side, if anything a winning goal from the visitors looked more likely.

But Mario Balotelli, of all people, popped up with a late effort to earn his side a massive three points; his first Premier League goal for Liverpool.

It was a fascinating match from start to finish, in which both sides were going all out for three points, and it highlighted both the strengths and flaws in either team.

Lazar Markovic‘s early goal was cancelled out by the in-form Harry Kane, while Steven Gerrard’s penalty was soon responded to by Moussa Dembele close-range finish.

There were good and bad performers for the Reds. Philippe Coutinho had a huge off-night by his standards, but Jordon Ibe and Emre Can were once again outstanding.

The win leaves Liverpool right in the mix for a top-four finish; just one point behind Spurs, two adrift of Manchester United and three behind Arsenal and Southampton.

Here is how fans, journalists and ex-players reacted to the game on social media:

That feels like an incredibly significant victory for #LFC and, potentially, for Mario Balotelli. Genuine test of character

Mario Balotelli pulls off his gloves & walks straight off the pitch at FT without a glimmer of emotion. What a curious chap he is …

In no particular order thought Can, Lamela, Skrtel, Ibe, Dembele, Bentaleb and Mignolet were all excellent tonight. Superb game.

Liverpool win despite Dowd’s best attempt to deny them.

Henderson should be worried, Can could have his place, and the armband, in no time.

Absolutely brilliant result! I’m still moaning over the draw against the bitters, but a loss or a draw today would have been devastating to our chances of top 4.

The pitch at Anfield looks horrible and slows down our play. Needs to be sorted in the summer. Happy for Mario – he needed that goal, and so did the team! Ibe is going to be massive for us. Tie him and Sterling down with sneaky-agent-proof contracts ASAP.

Emre Can is some player. Combines class with power. Once he gets motoring nobody can stop him; legally anyway.

Jordon Ibe has been exceptional again tonight! Him and Emre Can have been the stand outs tonight again

think tonight's job is going to be to watch Ibe's lofted flick through to Lallana, pre-Balotelli goal, 100 times over.

Mignolet improvement shouldn't be overlooked. Excellent once again today. That save from Lamela was brilliant.

Really great win against a side with utter self-confidence and on a great run, probably one of the current top three sides in the league.

It was such hard stuff with Tottenham dominating so much in midfield, but the belief and the fighting spirit was there, especially once Gerrard went out. Time to rejoice before the next crunch game at Southampton!

Coutinho off his game tonight, Sturridge half fit and no Sterling, we still scored 3 goals. Really looking forward to the run in until May!