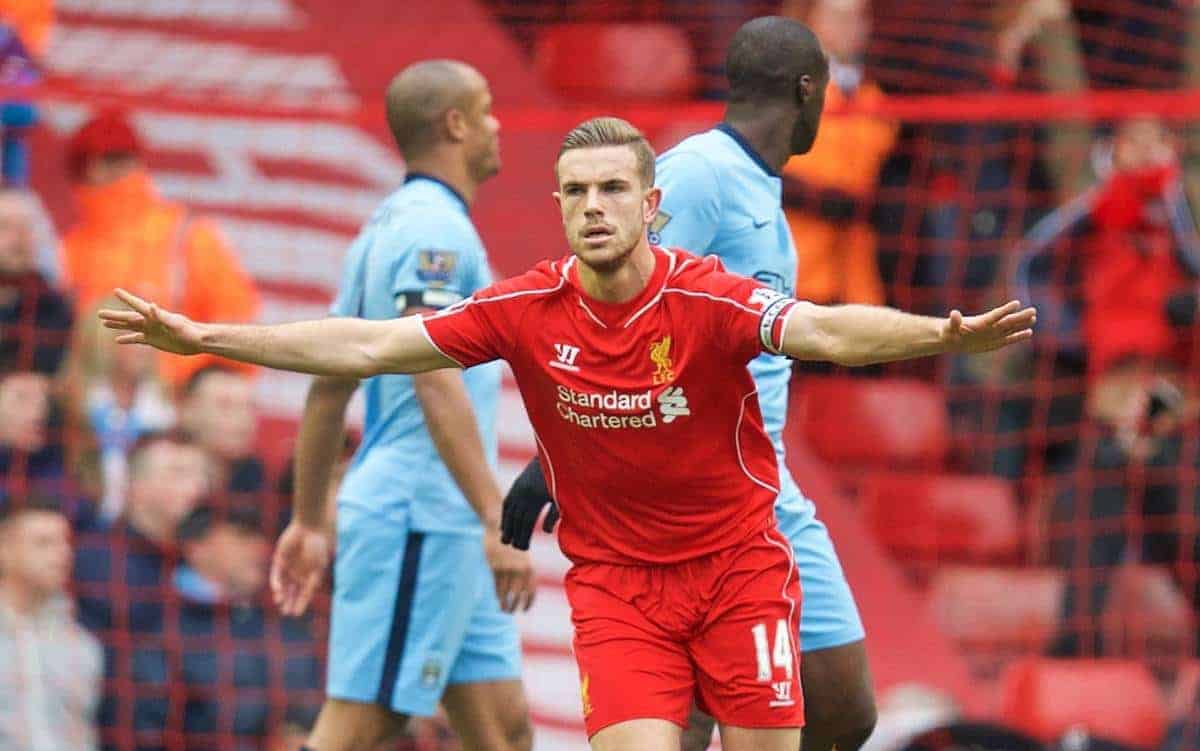 Henderson rifled in an early opener and Coutinho, making a habit of scoring outstanding goals, provided the winner in the 75th minute after Edin Dzeko had brought City level.

Defeat was a huge blow to City’s hopes of retaining the Premier League title, but boosted Liverpool’s prospects of a top-four finish Rodgers said his players had returned from their Europa League defeat to Besiktas at 4.30am on Friday morning, and had been allowed to sleep through the day, returning to training on Saturday.

“To come out and play like that as they did today, to restrict them to one shot on target – against a top team – I thought the players were incredible. They deserve all the praise they get for the performance and the result,” Rodgers said.

“The character of this team was questioned at the beginning of the season. That was never the case. They’ve worked – and they’re getting the results from that.”

Rodgers added on Sky Sports 1: “To keep it going right the way through 90 minutes, I was so pleased with the players.”

Asked about the Liverpool goals, he said: “It was two wonderful moments.”

The Coutinho finish was particularly pleasing to Rodgers. “We said he has to improve his goals because of the quality he has,” said the Liverpool boss.

Liverpool stand fifth, putting a slow start to the Premier League campaign behind them and appearing to have sufficient momentum to seriously challenge Arsenal and Manchester United for a top-four slot.

Henderson said: “We defended well, showed great character when it went back to 1-1, and then Philippe came up with another fantastic goal to win the game for us.