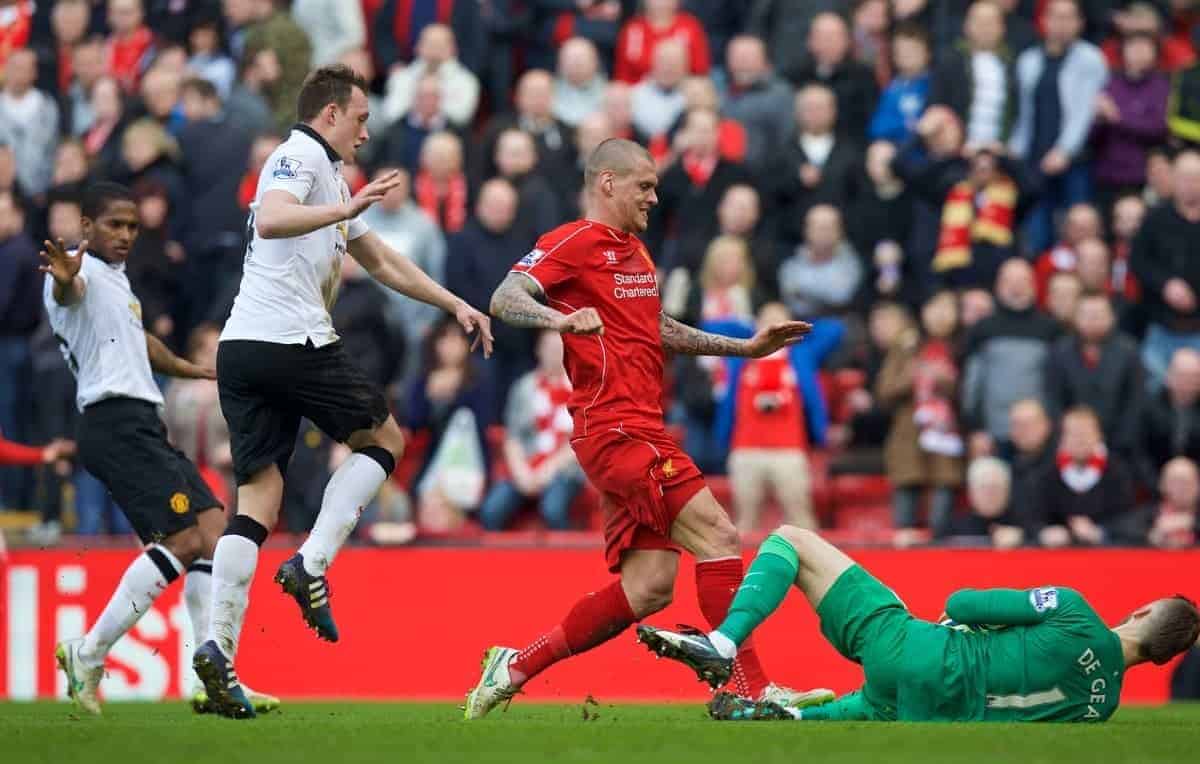 Adam Lallana has been withdrawn from the England squad, Daniel Sturridge could follow him, while Martin Skrtel has been charged by the FA. Here’s the latest.

The 26-year-old was withdrawn at half-time due to a groin injury, replaced of course by Steven Gerrard.

He has been withdrawn from the England squad to face Lithuania and Italy over the next 10 days.

The Lallana news was broken by the ever reliable Paul Joyce, who also reports on Monday that Sturridge could miss both games too, due to a hip injury.

UPDATE: Skrtel has now been charged by the FA and is expected to receive a 3-match ban. He, like Steven Gerrard, will miss games against Arsenal (away), Blackburn (FA Cup replay) and Newcastle (home).

Earlier: The FA have confirmed they are “looking at the incident” involving Skrtel and David De Gea at full-time on Sunday.

They will await referee Martin Atkinson’s report on whether he saw the incident. Skrtel could face a three match ban if found guilty of purposefully treading on the United keeper.

It has also emerged that Raheem Sterling has been playing with a toe injury and will therefore miss the friendly with Italy.

Meanwhile, Dejan Lovren has also withdrawn from international duty, with the Croatian FA saying he has suffered a recurrence of an abdominal wall injury. No timescale has been set on that.