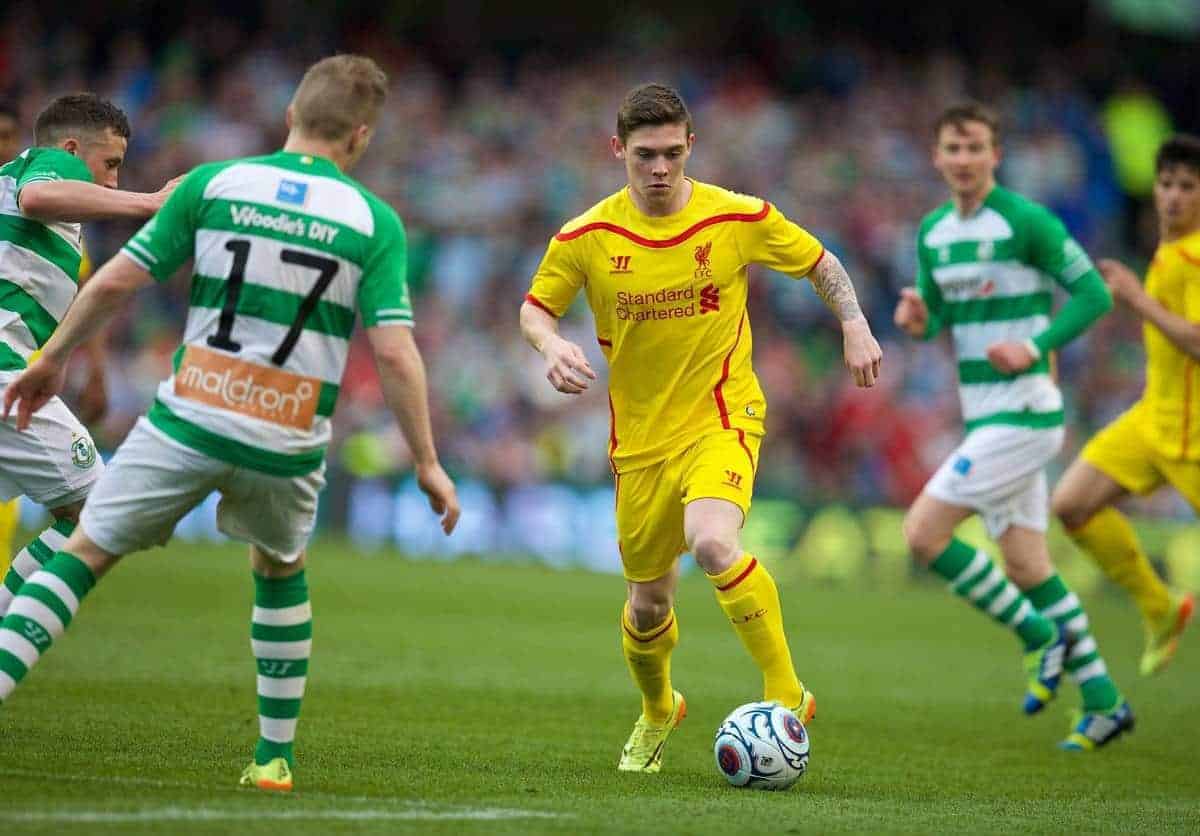 Liverpool under-21 trio Jordan Lussey, Kevin Stewart and Jack Dunn have all secured loan moves away on the final day of the Football League loan window.

Stewart (pictured above) and Dunn, who both spent a month at Cheltenham earlier in the year, are joining League Two side Burton Albion – who are managed by Jimmy Floyd Hasselbaink and are pushing for promotion, top of the table at present.

Stewart is a versatile player, signed from Tottenham last summer, who has played at right-back and centre-midfield since joining the club.

Local lad Dunn (pictured below vs Shamrock in a post-season friendly last May) is a forward who scored three goals in five games for Cheltenham in January before returning to the club due to injury. The duo join Burton on initial one month loan deals.

Meanwhile, 20-year-old midfielder Lussey (pictured below) is joining Championship side Bolton on loan for the rest of the season. He was in the Reds’ squad that travelled to Istanbul to play Besiktas last month. UPDATE: A fourth LFC under-21, Jordan Williams, has joined League One Notts County for the rest of the season.

Currently out on loan: