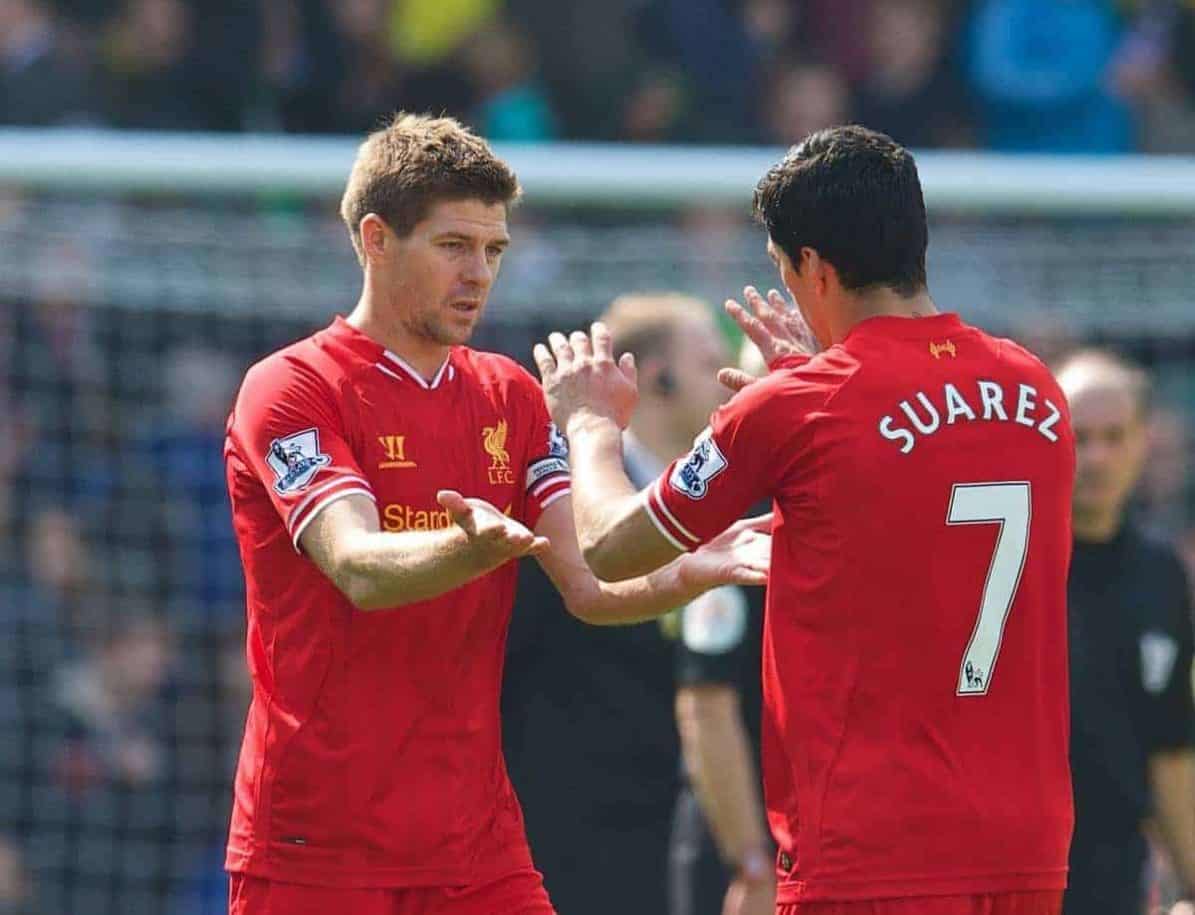 The likes of Luis Suarez, Dirk Kurt and Xabi Alonso are set to return to Anfield for an All-Star charity match on 29th March.

The match is being hailed as a farewell to Steven Gerrard, who will leave Liverpool for LA Galaxy at the end of the season.

Gerrard will take charge of one of the sides, whilst former vice-captain Jamie Carragher returns to manage the opposition.

A statement from the club on Thursday reads:

Current Reds first-team players who are not on international duty will also play some part, as well as some of the Academy’s brightest stars, plus the club’s backroom staff will also be on hand to offer support. It's official, I am playing at Anfield – http://t.co/S5MlhydFtn

Tickets will be priced at £20 for adults, £5 for juniors and £15 for over 65s and will initially be available to season ticket holders and club members from 1pm on Thursday 5th March.

A general sale will follow at 8:15am on Wednesday 11th March.