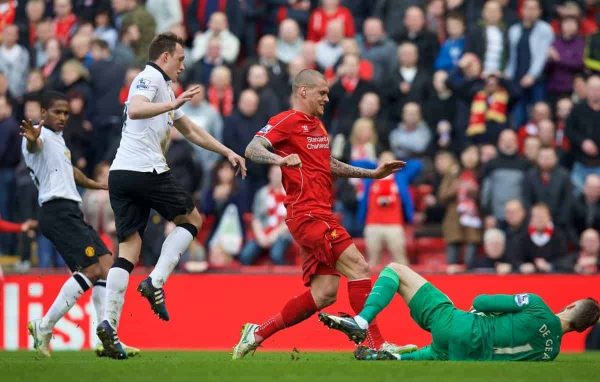 Video evidence was used to charge the centre-back, currently away on international duty with Slovakia, after television pictures highlighted the incident – missed by referee Martin Atkinson – in the last seconds of Sunday’s 2-1 defeat at Anfield.

Skrtel chased a through-ball as 10-man Liverpool searched for a late equaliser but De Gea slid in to get there first and the defender continued his run and stood on the goalkeeper’s right shin.

A three-man panel of former elite officials were asked by the FA to review the footage independently of each other and there was unanimous agreement the offence warranted a red card.

Skrtel was given until 6pm on Tuesday to respond to the charge and has decided to contest it.

Press Association Sport understands the 30-year-old will argue the incident was accidental and not intentional.

If he fails in his challenge, Skrtel will receive a three-match ban – which covers league games at Arsenal and home to Newcastle either side of the FA Cup quarter-final replay at Sky Bet Championship side Blackburn.

Coincidentally, Skrtel could argue a precedent was set back in January when Chelsea striker Diego Costa was charged for a stamp on Liverpool’s Emre Can but escaped punishment for one on Skrtel himself.

Skrtel's ban for his stamp should be for exactly the same number of games as Diego Costa got for this one: zero. pic.twitter.com/bvSRrZwbG3

The Spain international stood on the defender as he slid in to make a tackle in a similar incident to Skrtel’s coming together with De Gea.

The incident was looked at retrospectively using television evidence after both the Skrtel flashpoint and the stamp on Can were missed by referee Michael Oliver.

“Following a review of an incident during the game involving Costa and Liverpool’s Martin Skrtel, The FA will not be taking any further action,” a statement from the FA said at the time.

However, Skrtel’s hopes of succeeding appear slim. Costa appealed his charge for the offence against Can – with manager Jose Mourinho insisting both incidents were “absolutely accidental” – but was found guilty and banned for three matches. It led to Mourinho claiming there was a “clear campaign” against Chelsea.