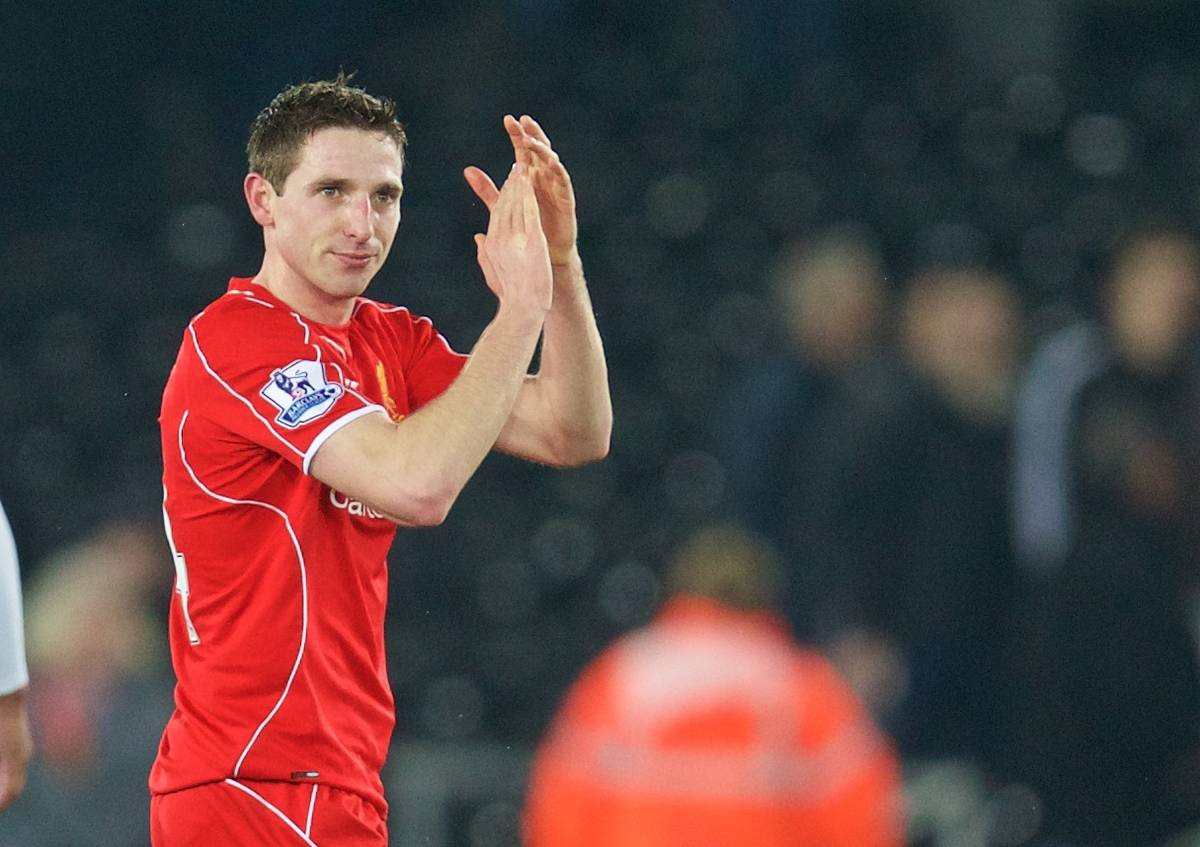 Liverpool’s 1-0 win at Swansea on Monday night further enhanced their top-four aspirations, and we round-up the reaction from the morning newspapers.

There have been, and will be, far better performances by the Reds this season, but when it gets to this stage of the campaign, sometimes winning is the only thing that matters.

Jordan Henderson‘s freakish second-half winner earned Brendan Rodgers’ side all three points, but it was a night that threatened to derail their Champions League hopes.

A poor first-half display wasn’t punished, thanks mainly to the excellence of Simon Mignolet, but Liverpool picked up when Steven Gerrard was introduced and Rodgers changed his system to a midfield diamond after the break. In the end they could easily have added a second late on.

Liverpool haven't conceded a Premier League goal away from home in 559 mins.

The victory leaves the Merseysiders two points adrift of Sunday’s opponents Manchester United, and just three and four points back from Arsenal and Manchester City, respectively. It promises to be a thrilling run-in.

Neil Jones of the Liverpool Echo was full of praise for the brilliant Joe Allen, who was his side’s star man on the night:

The Welshman’s displays in this stadium helped persuade Liverpool to pay £15m for him. In recent weeks, though, Allen has looked like a player who is worth the fee.

Here, like against Manchester City, he was excellent, a picture of composure and hard-work, who kept his head while plenty around him looked like losing theirs.

He passed the ball better than any Liverpool player in the first half, and won it back more regularly than anyone else after the break He even found time to join in in the attacking third, though it was his off-the-ball work which most impressed, especially when he went to an adjusted role on the left after Steven Gerrard’s introduction.

Walsh was also quick to mention the superb form of Martin Skrtel, describing him as one of the Premier League‘s best defenders currently:

He hasn’t always convinced in a Liverpool shirt, but Martin Skrtel’s form over the past three months puts him up there with the best defenders in the country.

The Slovakian is benefiting from a streamlining of his role in the 3-4-2-1 system. He is required to head, to tackle and to cover. His on-the-ball work is rarely exceptional, but Liverpool ask Emre Can and, to a lesser degree, Mamadou Sakho to deal with the forward passes. Behind them, Skrtel is becoming an increasingly-assured presence.

He was one of the few to emerge with credit in the first half here, positioning himself perfectly to deal with danger on a number of occasions. After the break, life was easier, but his concentration never wavered.

The Telegraph‘s Chris Bascombe stressed the importance of Gerrard’s introduction, stating that he remains an important member of the squad:

There was a time Steven Gerrard would take his place in the starting XI even if he had only one working leg, but such is Liverpool’s form Brendan Rodgers elected to hold his skipper back. On the surface it was a sensible decision, nurturing a returning player back to fitness.

In reality, it was a glimpse of the future, Liverpool having to learn to live without Gerrard’s formidable presence. Gerrard was still needed within 65 minutes and the opening goal swiftly followed. Nothing changes that much.

Bascombe also highlighted Daniel Sturridge‘s form since returning from injury, with the 25-year-old still well short of his best:

There is no doubting Daniel Sturridge’s quality, and he played as a lone striker enough during Luis Suárez’s many suspensions to suggest he can pull it off, but since his return the forward line has not gelled as much as while he was absent. Raheem Sterling seemed to suit the 3-4-3 system more comfortably.

It could be a question of match fitness, and the goals will surely flow regularly soon, but his comeback has not been seamless. Adam Lallana and Sterling switching as a right wing back to accommodate Sturridge summed up the strategic problem.

The Mirror‘s Liam Prenderville focused on another excellent performance by Mignolet, whose improvements over the last few months have been nothing short of astonishing:

After a dismal start to the season, many doubted if Simon Mignolet was up to the job of being Liverpool’s No.1. A series of high-profile clangers, nervy handling and woeful kicking, it was no surprise to see the Belgian axed by Brendan Rodgers.

An injury to back-up Brad Jones at Burnley on Boxing Day gave Mignolet a chance to return, and since then he hasn’t looked back. At the Liberty Stadium, he was again in excellent form, first denying Gomis with a low save to his right. But the best was yet to come, as the first-half drew to a close.

Gylfi Sigurdsson wriggled free in the area and appeared to have curled the hosts in front but Mignolet flung himself at the attempt to claw it away. Rodgers may still move for a new stopper in the summer but for now, Mignolet is proving he is up to the job.

Stuart James of the Guardian praised Rodgers’ decision to change his system in the second-half, and lauded the Reds’ brilliant away record defensively of late:

Rodgers said it was all about the result at a stadium where United and Arsenal lost this season. For much of the first half it looked as though Swansea would be adding Liverpool to their list of scalps but the complexion of the game changed after the interval when Rodgers tweaked his tactics, urged his players to press higher up the pitch and was able to look on with delight when fate smiled on them midway through the second half.

Playing with a diamond shape in the second half, and much greater intensity, Liverpool became a different proposition. Fabianski made a superb save to thwart Philippe Coutinho and also denied Joe Allen, while Sturridge’s curling shot hit the post in injury time. There was nothing, however, the Swansea goalkeeper could do to stop Henderson’s bizarre winner.

As mentioned above, Liverpool’s next game is against United at Anfield on Sunday (1:30pm GMT), before facing Arsenal at the Emirates on April 4th (12:45pm GMT). There is a pesky international break in between.