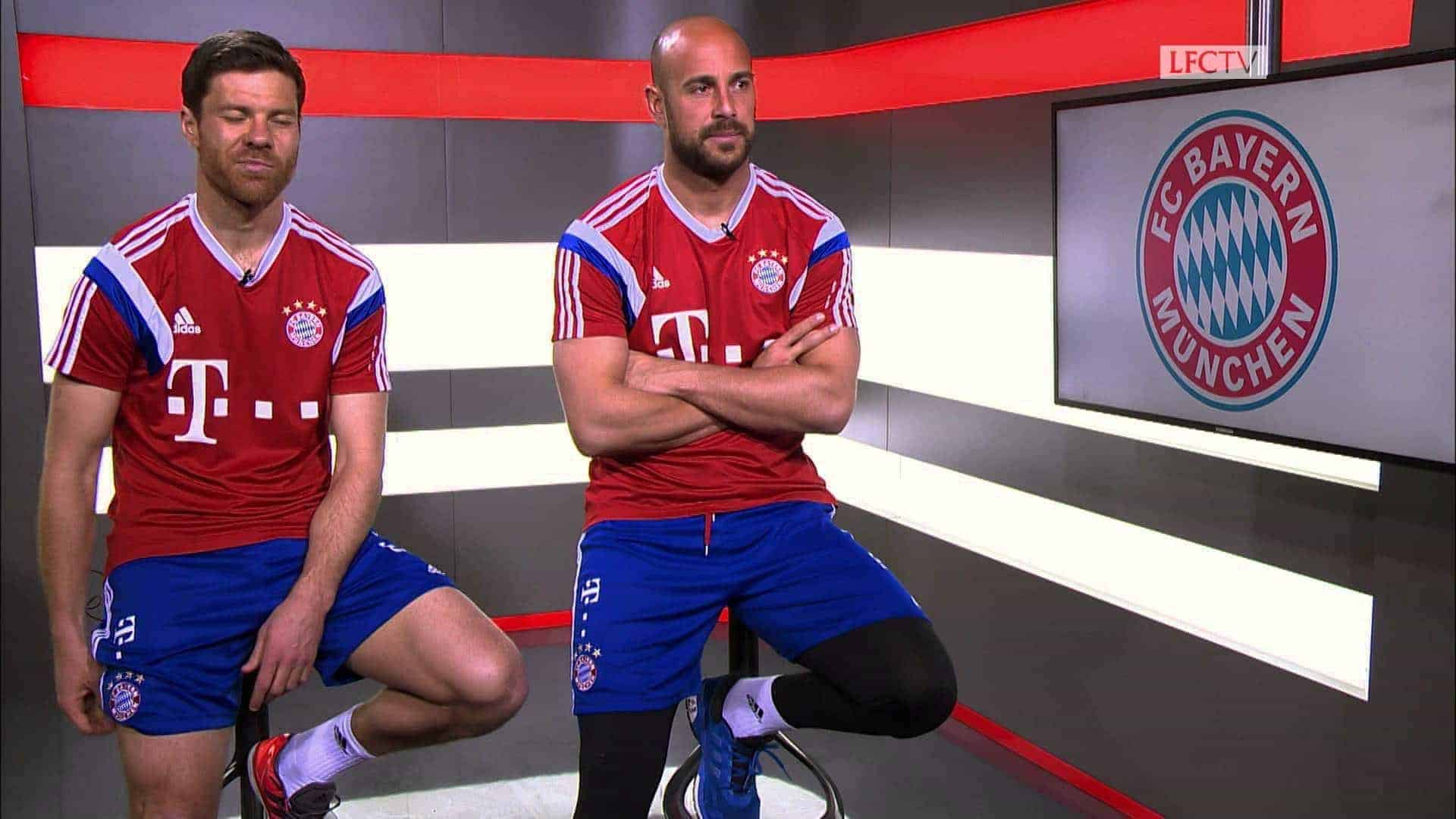 An array of Reds stars past and present will take part in the match to raise money for the Liverpool FC Foundation.

Now both at Bayern Munich, Reina was the first to explain the passion that will be reignited when he returns to Merseyside this weekend.

“It’s always a pleasure just to feel the emotions of ‘You’ll Never Walk Alone’ and be in front of the Kop,” he said.

“The fans were so respectful to me and my family during my time there, it’s a wonderful and enormous honour for me to return.”

Meanwhile Alonso, who left Liverpool for Real Madrid in 2009, is also relishing being reunited with Liverpool’s supporters.

He said, “I was gutted when Real Madrid and Liverpool were drawn together in the Champions League just as I was leaving for Bayern!

“Anfield is a special stadium and the fans make it special — it’s something different.”

Steven Gerrard’s XI vs Jamie Carragher’s XI in the All-Star game gets underway at 3pm on Sunday and is sold out. It will be broadcast live on LFC TV and LFC TV GO.