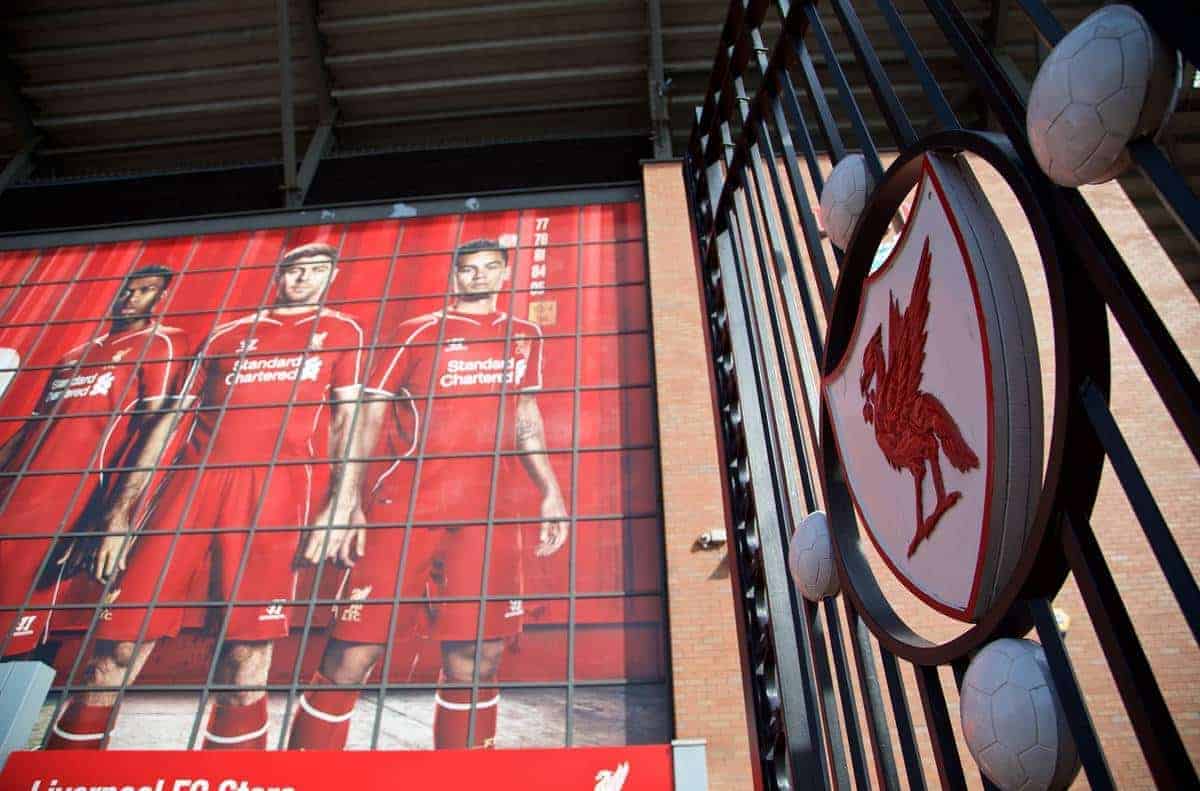 Stephen McGarty runs the rule over the last seven days for Liverpool FC, from first team to Academy – with something you may have missed that will give you something to smile about.

I hate contract talk. It’s as ridiculously over-dramatic as transfer talk but far less gripping than your average transfer saga. In this case we have a young player (a ridiculously gifted young player at that) being paid too little, and demanding far too much.

Except he isn’t demanding it is he?

In a world where every footballer has a whole entourage of advisors and representatives around him, I can’t get my head around why some people seem to think Sterling has had so much say in these negotiations.

Sterling and Rodgers turn up for training and matches, whilst higher ups at the club and a shady agent try to thrash out a deal. It should also be noted that from Sterling’s perspective, out of everyone in the football world, his agent is the only person who is likely to put Raheem’s interests ahead of the clubs.

We pay Glen Johnson nearly £100k a week, Steven Gerrard’s wages are about to be freed up, and Real Madrid just gave 16 year old Martin Odegaard £60k a week before he even made an appearance. Maybe his demands aren’t as offensively ridiculous as some are making out?

Also, every buffoon that’s shouted from the stands that Sterling is welcome to ply his trade elsewhere needs their heads tested. Sterling’s talent is up there with the best young footballers in world football, he is the future of this team, Rodgers knows it, you know it, and unfortunately, his agent knows it.

So how about we all do what the gaffer says and stop worrying about it until the summer, his current deal’s got over 2 years left for heavens sake!

I didn’t want to start on a bad subject, but I was also positive that I’d leave this article on a good note, so here goes, the bit about the match, slap bang in the middle. Don’t feel obliged reading this bit, because I sure as hell didn’t enjoy writing it.

Fact is the game was a carbon copy of the Swansea game from the week before, the 3-4-3 was largely figured out. Unlike Swansea, United had the quality to get a goal, but not the quality to kill us off. Rodgers reverted to a midfield diamond and the last 10-15 minutes of the half was relatively even. The introduction of Gerrard should have added a calming influence, allowed Henderson to get further forward, and help turn the match in our favor. It did anything but.

For me, this match signified the first time I realised my all-time favourite player wasn’t quite good enough anymore. In a Rodgers Liverpool (and all we hope that might become) we need players who are tactically aware, disciplined and clever. Steven Gerrard came on at half time quite simply looking for a fight. Deep down I can never truly dislike the image of Gerrard clattering into Mata 15 seconds after coming on. But in the modern game that’s no way to win football matches, and it’s no way to win titles.

Yeah this is a weird one, but it’s been everywhere recently. Accusation have been flying about that some people aren’t real fans, whilst some bare the title of real fan as a way of making their opinion more valid than others. It’s like everyone’s gone a bit mad after losing to United, because nobody has really clarified what a ‘real fan’ is yet. So, I’m just going to try and scattergun the whole topic.

Firstly in terms of geography, I find it absurd. If you’re from outside of Liverpool you’re less of a fan is as mental as me telling you all that Jay spearing was more of a Liverpool player than Kenny Dalglish because he was Scouse, it’s bonkers! If you want LFC to be a massive club challenging for the biggest trophies you need to realise that it can only be done off the back of massive international support.

Also, don’t moan 24/7 about the price of tickets (which are extortionate by the way) and then have a go at the 19-year-old unemployed student from Bristol because he doesn’t go to every game home and away. The waiting list for season tickets at Anfield is ridiculously long and everyone has a right to support the club in their own way dependent on their own situation.

One thing I did read this week however resonated with me. I’d love to credit the person here but I can’t remember who said it (send me a tweet and I’ll give you a shoutout to make up for it) but it went something like this:

Too many people are travelling to Anfield to experience the famous atmosphere, without being willing to actively participate in it. Now this I get. If you go to a ground to support a team, any team, sing! Dear god sing!

It’s incredibly easy to forget that those incredible moments of fan unity is all based around individuals joining together behind a team. The atmosphere at Anfield is famous, worldwide it is well known, but that reputation relies on every man woman and child standing up before full time, scarf raised in an arch above their heads and bellowing ‘you’ll never walk alone’ out at the top of their voices. For me that’s all that a person in Anfield needs to do to be considered a “real fan”.

Now for some other really weird stuff to come out of this topic.

Taking pictures at football matches: why is this a problem? Unless the person is specifically taking pictures of you or your family I really don’t get it.

Snapchat stories: yeah fair enough, that was atrocious. You wouldn’t catch me doing that. I’m a real fan.

“Always leave them smiling” is something somebody probably said to someone, and I’ve used that as the inspiration for leaving this bit last. With all of our attentions focused on the Man United game, our youth sides also played last weekend. And they played VERY well.

On Friday night our U21 team put on an impressive display against West Ham, winning 5-0. The reserve players dominated the game, and looked far superior to their London based counterparts.

But that’s not the game I want to talk about.

With so many U21 players going out on loan in the last few days, the team that played West Ham was scattered with players who had largely played for the U18 side this season. That meant that when our U18s played Leicester city on Saturday, they had a team full of players from Pepijn Ljinders U16 side.

These exciting, young, technical players such as Yan Dhanda and Alexander-Arnold came up against a team much bigger than them in physique, but refused to be bullied. The young boys played with the sort of tactical understanding and intensity that a fan could only dream of seeing from such young players, by half time they were leading 2-0.

Leicester brought the game level before the lads rallied and won 3-2. It’s often been said that we’re a long-term project, but it’s never been clearer to me than when I watched the players Ljinders (formerly of PSV and Porto) had worked with. After a bad week for LFC, it’s nice to see that in the long-term there is reason for every fan to be optimistic.