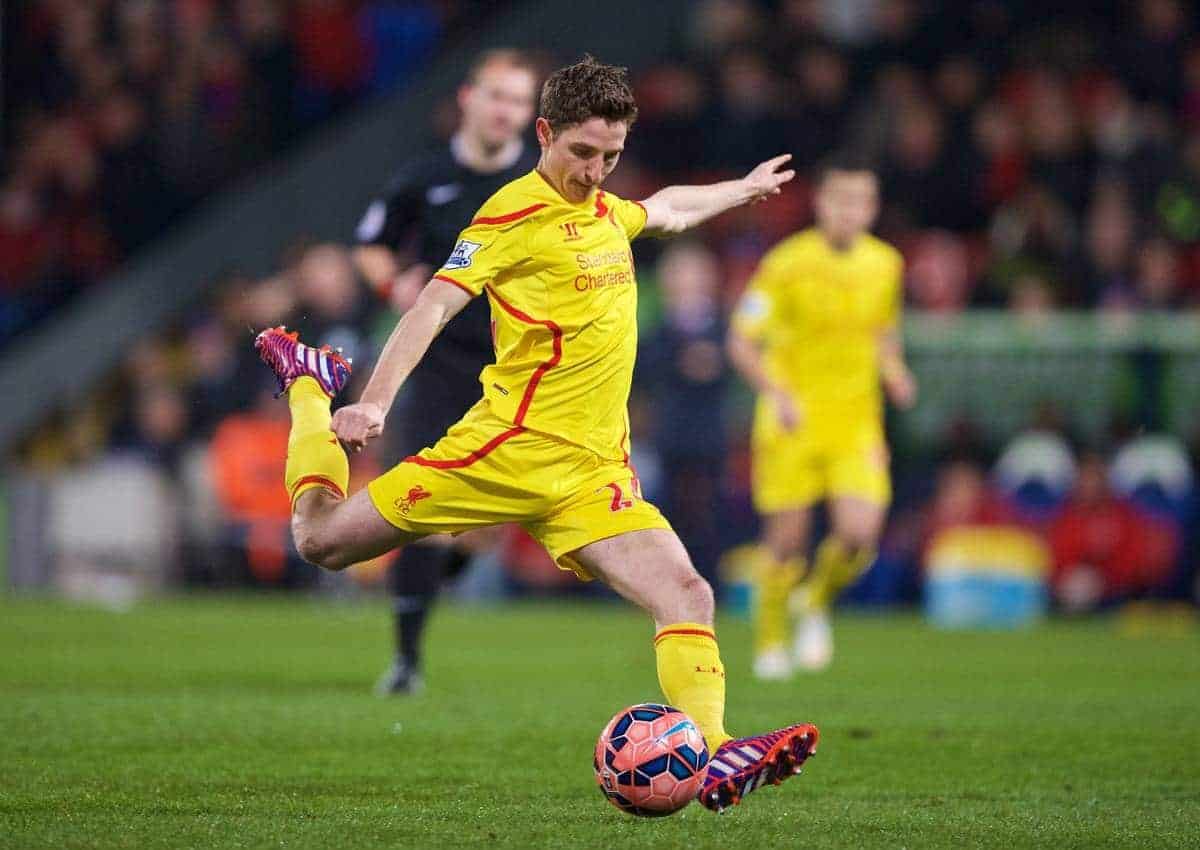 Liverpool midfielder Joe Allen admits it took longer than they expected to turn their season around but he now has every confidence they can make it a success. A dreadful start to the campaign saw them slip to 10th, seven points off the minimum requirement of a top-four place, in mid-December and exit the Champions League at the group stage.

Since then, however, they have taken 30 points from their 12 subsequent Premier League matches to put themselves firmly in the mix for a top-four place and have an FA Cup quarter-final replay against Sky Bet Championship side Blackburn to face next month.

“We always knew we’d turn it around but we wondered how long it was going to take. It did take longer than we expected, I think,” said Wales midfielder Allen.

“Losing Luis Suarez in the summer (to Barcelona) and Daniel Sturridge being out (injured) for so long as well and the change we had, we always knew there’d be a little bit of a rocky patch but we didn’t expect it to go on so long.

“We put expectation on ourselves because we think we’re good enough to go on runs like this.

“With the players we’ve got, and the confidence we’re playing with, I think it’s a case of long may it continue.”

The turnaround came after their Champions League failure was followed immediately by a 3-0 defeat at Manchester United, their main rival for a top-four spot.

A change in system to a 3-4-2-1 formation has brought the best out of a number of players, particularly 22-year-old playmaker Philippe Coutinho and utility man Emre Can, who recently turned 21.

“People forget sometimes that we’re a pretty young team and squad,” Allen, who is fit again after a hip problem to face former club Swansea this evening, told liverpoolfc.com.

“The beauty of that is that we will get better. We’ve shown that as the season has gone on.

“With this run of games we’re going on, we’re really looking forward to Monday night’s game and we’ll be setting our stall out to go there and pick up three points.

“We’ve grown massively and I think you can see the change in formation. We’ve taken to that really well and quickly, which is important.

“I think we seem to have that edge back, even if we’re not playing the most flowing football or things aren’t going 100 per cent to plan, we still look like we’re going to get the result and I think that speaks volumes about how much everyone has taken things forward.”

Manager Brendan Rodgers is keen to keep the nucleus of this young side together, and while contract negotiations with Raheem Sterling and Jordan Henderson have dragged on for several months now they have just opened talks with the 24-year-old Allen over a new deal.

“We’re at the early stages at the moment but the signs are good,” he told BBC Wales Sport. “From my point of view I’m looking to commit my future here and hopefully I can be here for years to come.

“For me it’s just a case of playing regularly and putting in consistent performances.

“I’ve always been confident that I’ll be able to be successful here.”