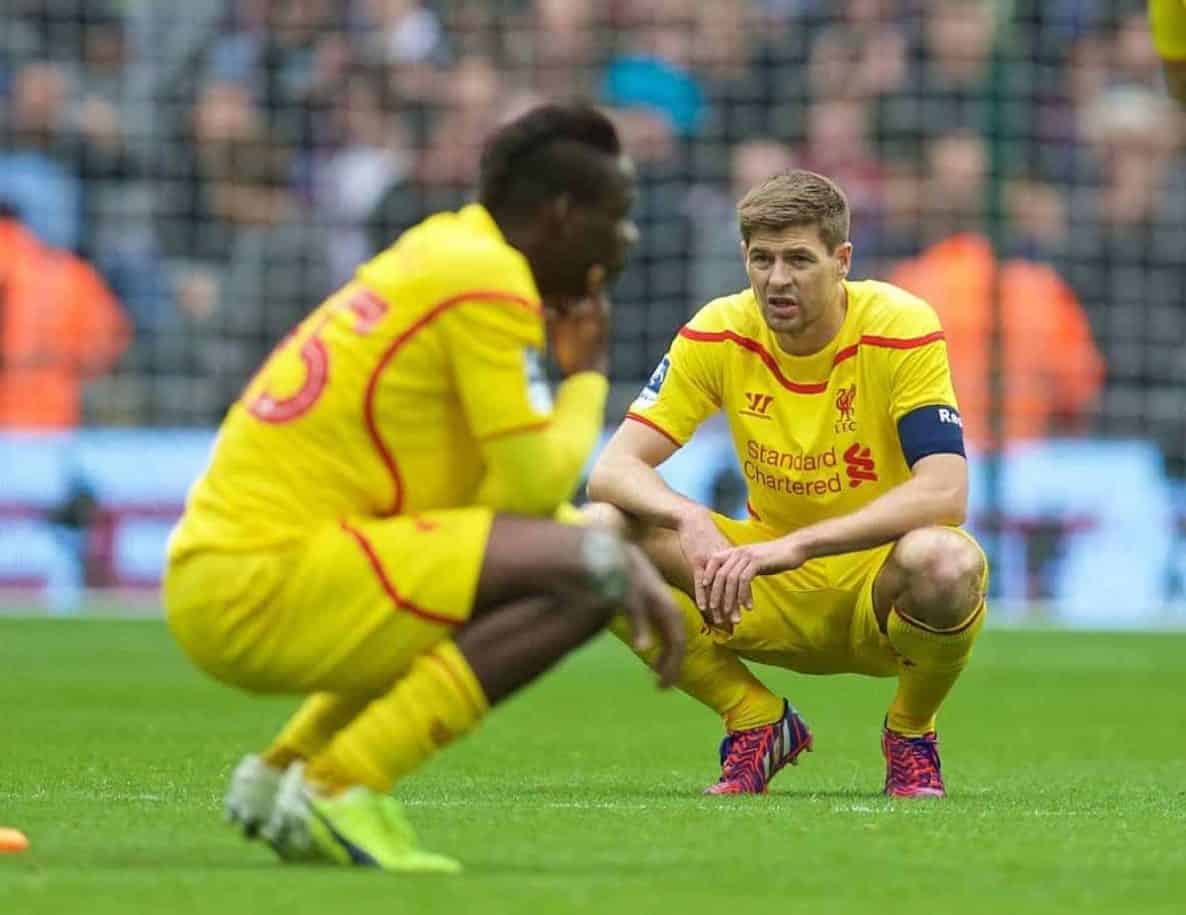 Liverpool crashed out of the FA Cup on Sunday, following their 2-1 semi-final defeat to Aston Villa at Wembley. We round-up the best of the reaction on twitter.

Well what a horribly depressing way to spend Sunday afternoon that was. Liverpool produced an insipid display from start to finish, and were deservedly beaten by a rejuvenated Villa side.

Barely any Reds players turned up, with numerous stars experiencing huge off days. Steven Gerrard, in particular, failed to get into the game, as his FA Cup dream crumbled in north London.

Liverpool played like individuals today, especially in the final third. And not good individuals, at that.

Brendan Rodgers’ side just have the Premier League to focus on now, and judging by this horrendous performance, it’s not going to be a lot fun between now and the end of May.

Here is how Twitter reacted during and after match:

Another big game where far too many #LFC players went missing. Mentally weak.

Liverpool lose big games because they don't have the mentality or the ruthless to deal with them. It's that simple.

Five system changes against Villa and we were only on top for about 5 minutes throughout the whole game. That's a massive worry.

Our season summed up in one game. Not good enough. Square pegs in round holes after poor recruitment. Interesting post mortem ahead. #LFC.

Do not focus on how upset Steven Gerrard's going to be. Focus on the stunted progression of #LFC this season, partially due to his presence.

Awful from Liverpool Football Club. No excuses. Every single person connected with #LFC needs to wake up and accept it's not good enough.

This was an absolutely awful display from start to finish, embarrassing.

All those comments about Palace away being the turning point and yet we end up with Lovren & Skrtel in a back 4 and Gerrard at DM.

Congratulations to Villa, thoroughly deserved and a joy to watch. As for LFC, once again when the chips are down the team disappears.

Simply put, that was abysmal from Liverpool. Congrats to Villa for reaching final: worked harder, got players into the box, passed quicker.

As for #LFC, big questions to be asked. Have crumbled in last month. Doubts over Rodgers once more? Maybe. Summer buys weakened squad.

Shay Given. Nearly 40. Hardly been tested all day. Shite