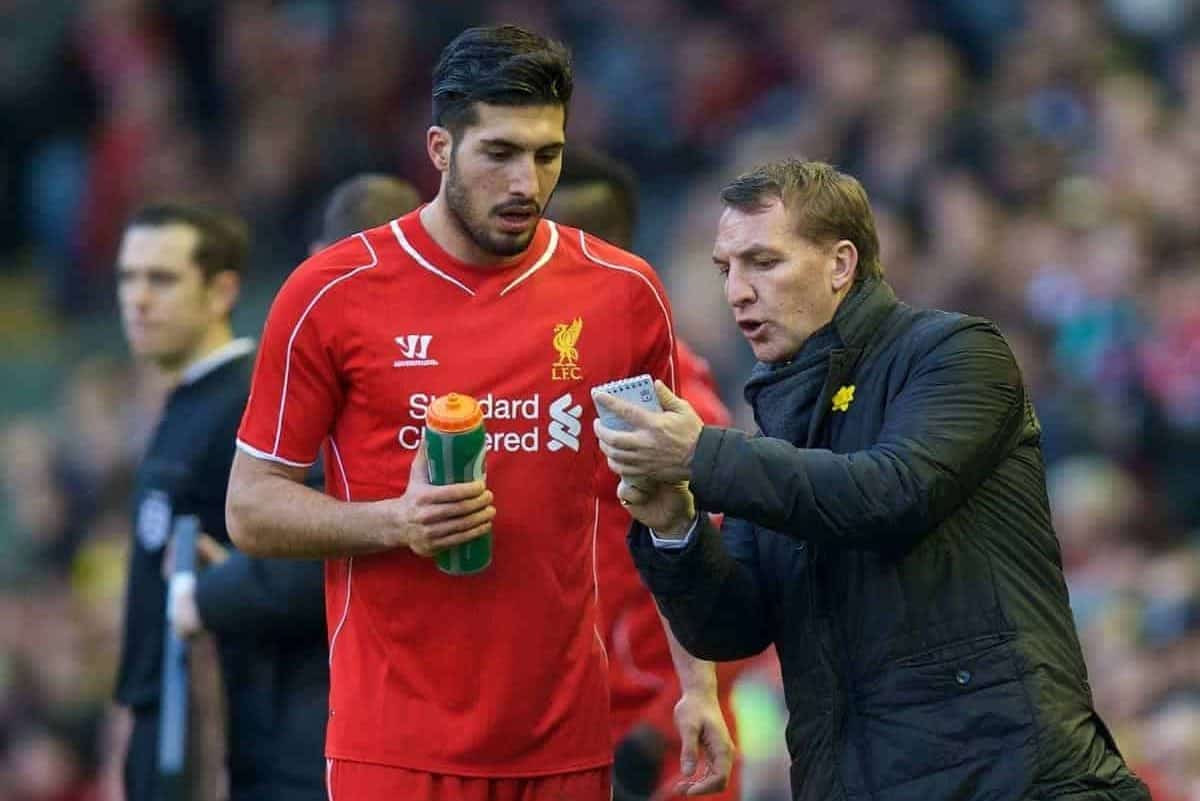 Liverpool manager Brendan Rodgers believes recent defeats are down to his players’ own failings rather than the opposition having cracked their system.

The Reds’ 3-4-2-1 formation, implemented from mid-December, helped produce a 13-match unbeaten Barclays Premier League run which lifted them to within a win of breaking back into the Champions League qualification places.

But despite receiving plaudits for the quality of their football, which at times appeared to be unplayable, flaws started to appear a month ago when they were held to a goalless draw by Sky Bet Championship side Blackburn in the FA Cup.

After scraping a win against Swansea they were then exposed by Manchester United and Arsenal, two teams already in the top four.

However, Rodgers insists a drop-off in results is more to do with their own performances than those of their opponents.

“I don’t think it’s about being worked out. We didn’t start well (against Arsenal), and it doesn’t matter what system you are playing if that happens,” he said.

“In the last four games that we’ve played we haven’t created as much, and that’s more on ourselves.

“Of course you give opponents credit but every team will go into a game to defend well and work hard against you.

“Probably the Blackburn game when we drew 0-0 and the games following that we haven’t created as much. That’s something that we want to reinforce – the creativity for chances and hopefully taking those chances.

“It’s a difficult system to play against, but it’s one of a number of systems we’ve played here and played very well.

“It’s my job to always look to find the solutions, that’s what I’ve tried to do in the games when we didn’t look like scoring, finding a way to win.”

Blackburn, who host Liverpool in their FA Cup quarter-final replay on Wednesday, will take heart from the Merseysiders’ mini-slump at a crucial time of the season.

For Rodgers and Liverpool though the cup now represents the only chance to save their season and that should guarantee a reaction at Ewood Park.

“It’s important to have a game quickly when you lose,” added Rodgers.

“The group is very committed to winning this trophy but in order to do that you have to qualify and we know Blackburn will be a difficult game for us.

“A trophy this season will mark another step forward for us. Getting to a final and winning a trophy is what we want.

“In terms of the FA Cup that was always an objective.

“On Wednesday, we’ll look to reach our second semi-final of the season in the cup competitions (having been narrowly beaten by Chelsea over two legs).”

With the play-offs out of reach for Rovers they will also be putting all their efforts into trying to reach a Wembley last-four encounter with Aston Villa.

They showed enough on Merseyside a month ago to suggest they can trouble the Reds and, having dispatched top-flight sides Swansea and Stoke at Ewood Park, they will have no fear of Liverpool’s arrival.

“Blackburn have got some excellent players. They defended well when they came to Anfield,” said Rodgers.

“We’ll go there really focused and determined – we can’t wait to play again after the weekend’s disappointment.”