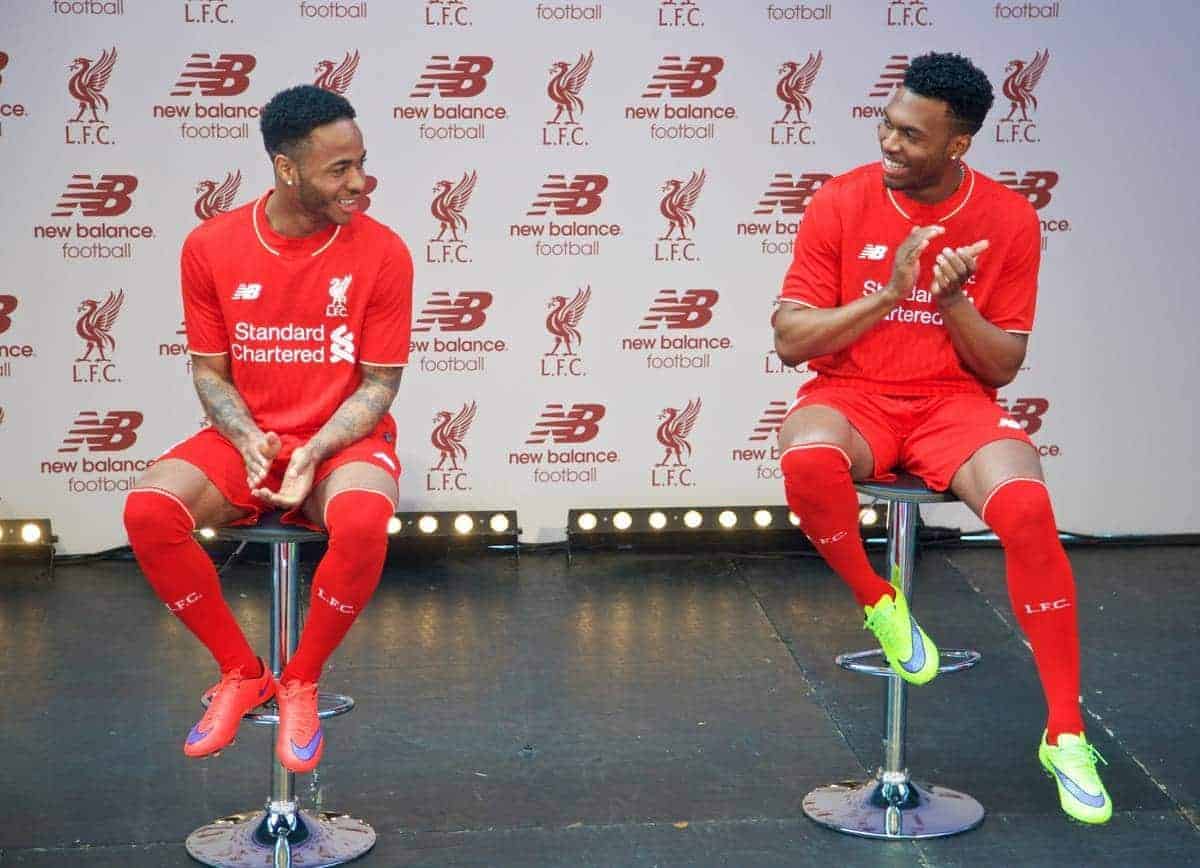 Liverpool striker Daniel Sturridge believes Raheem Sterling will only be happy if he plays regularly and hopes he will remain at the club to do that.

Sterling is stalling on a new £100,000-a-week contract offer, although he insists it has nothing to do with money and he will reassess at the end of the season.

The 20-year-old, who has been linked with a number of Europe’s top clubs, was one of four players at the Anfield launch of next season’s New Balance kit in front of over 1,000 fans, with one shouting from the crowd “Make sure we see you in it next season”.

That made the youngster slightly more uncomfortable than he already was perched on a stool on stage, and speaking afterwards Sturridge said having regular football – which he is virtually guaranteed at Liverpool but possibly not elsewhere – was a key consideration for Sterling.

“I don’t know what Raheem wants to do but it is just important to be able to play regularly,” he told Press Association Sport.

“As long as he is playing regularly he will be happy – I don’t think it is anything to with anything other than that and I hope he will stay at the club.

“It is important, regardless of who you are, to show what you can do – not just for Raheem but any young player.

“It is important to play games and gain experience so whatever decision he makes I am behind him 100 per cent.”

Sturridge experienced something similar himself when he left Manchester City for Chelsea aged 19 but things did not pan out how he would have liked at Stamford Bridge and he left for Liverpool in January 2012 after 63 appearances in four years.

As he matured he has enjoyed greater success at Anfield, scoring 40 goals in 67 appearances but his good form was interrupted this season by a five-month absence with a thigh problem.

Since returning in January he has scored four times in 15 games and some of his performances have drawn criticism simply because he has not matched the heights of last season when, playing alongside Luis Suarez, he scored 24 times.

However, the England striker knew he would not rediscover his best form immediately, which he believes will only come with a full pre-season under his belt.

“It has taken time to get back into the groove. I have missed a lengthy time and gaining sharpness while playing games is not easy in a league like the Premier League – you can’t ease yourself back in because the games are very fast,” he added.

“It has been a difficult season in terms of the injuries but I know I will come back strong and get back to exactly how I was performing before.

“It is going to take time, it is not going to happen overnight, I understand that.

“It is the sharpness and fitness side of things. It takes a long time and that is the whole point of having a long pre-season.

“I am looking forward to helping the team this season and towards next season I will be right back to where I was, because I would have had a pre-season I will be back to the sharpness and fitness levels I had before.”