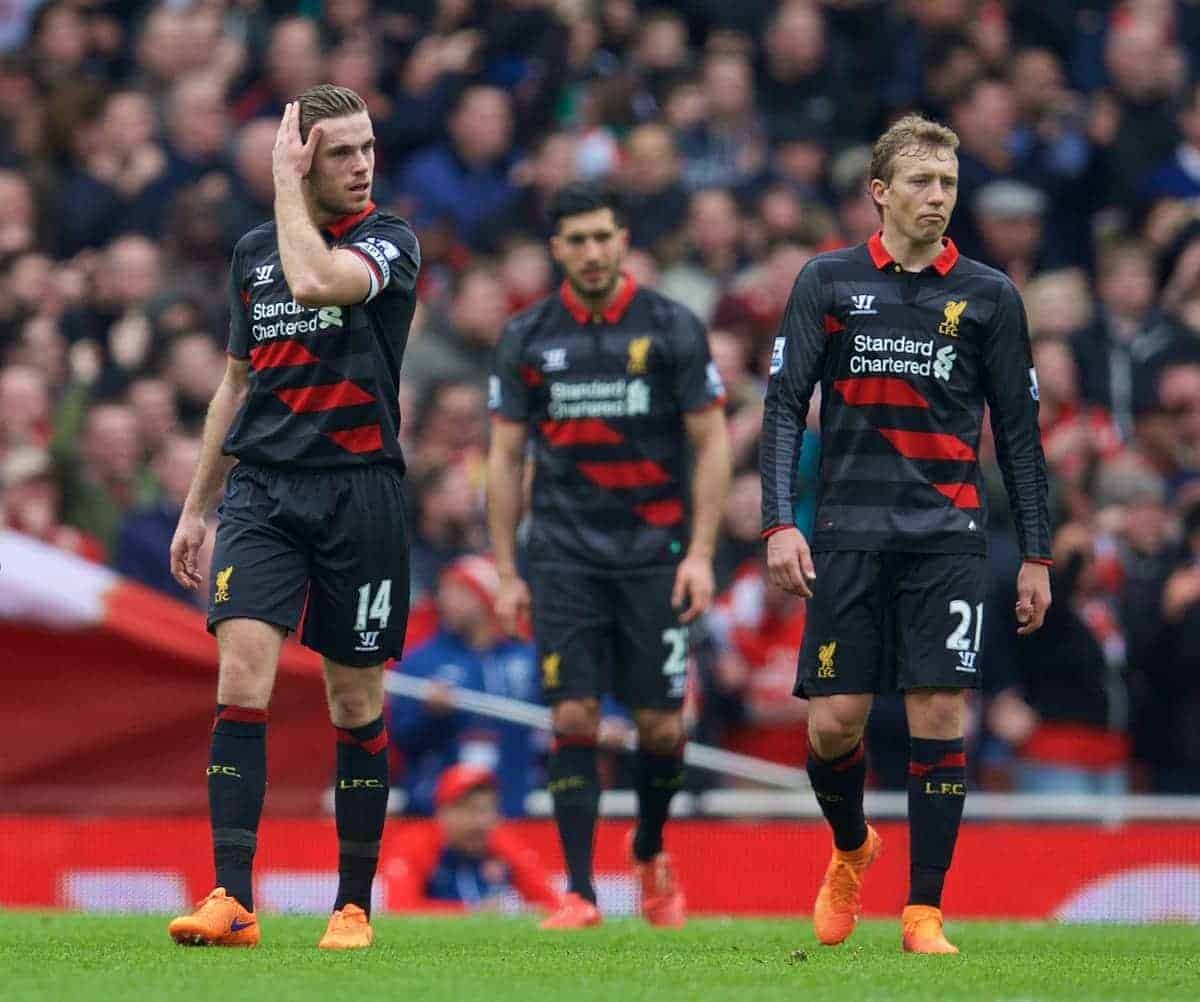 Jordan Henderson has blasted Liverpool’s defensive performance in their 4-1 defeat at Arsenal on Saturday as “not good enough” and says the Reds must bounce back against Blackburn Rovers.

The Reds saw their hopes of finishing in the Premier League‘s top four all but fall apart in north London and off the back of two consecutive defeats, now face a tricky FA Cup quarter-final replay trip to in-form Blackburn on Wednesday night.

Liverpool conceded three goals in eight minutes at the end of the first half at the Emirates and Henderson, who took the captain’s armband with Steven Gerrard suspended, has vowed the side will improve.

“To concede three goals in such a short space of time is not good enough,” he told the club’s official website. “Our one-v-one defending needs to be better.

“I’m sure we’ll work on that in training. We’ve just got to be a little bit more aggressive, defensively, and then also in the final third, be more ruthless.

“We knew it was going to be difficult [to finish in the top four], even before we came here, but it makes it even more difficult. That doesn’t mean we’ll just give up. We’ve got seven games left now and we need to try and win every one. If we do that, then you never know.

“[Blackburn] is another big game for us straightaway. We’ve got to recover well, learn from this one and move on and try to get a big win on Wednesday.”

To confound Liverpool’s misery on Saturday, a late red card to Emre Can now means the Reds face Blackburn without the German Under-21 international, Gerrard and Martin Skrtel, whilst Rovers go into the tie off the back of a 3-0 victory at Leeds Utd in the Championship.

Henderson added, “In the last 10 or 15 minutes [of the first half] we weren’t good enough in our one-v-one defending and as a unit as well. So we need to improve on that. Then we went in at half-time 3-0 down.

“We had to keep going and we had to keep fighting and I think we did that in the second half – we kept going. On a different day we could have had a few more.

“When we’re on top, we need to make sure we’re more ruthless in the final third and that we finish teams off.”

Blackburn v Liverpool gets underway at 19:45 BST on Wednesday, 8th April and is live on BT Sport 1 in the UK. A place in the semi-final against Aston Villa awaits the winner of the tie.