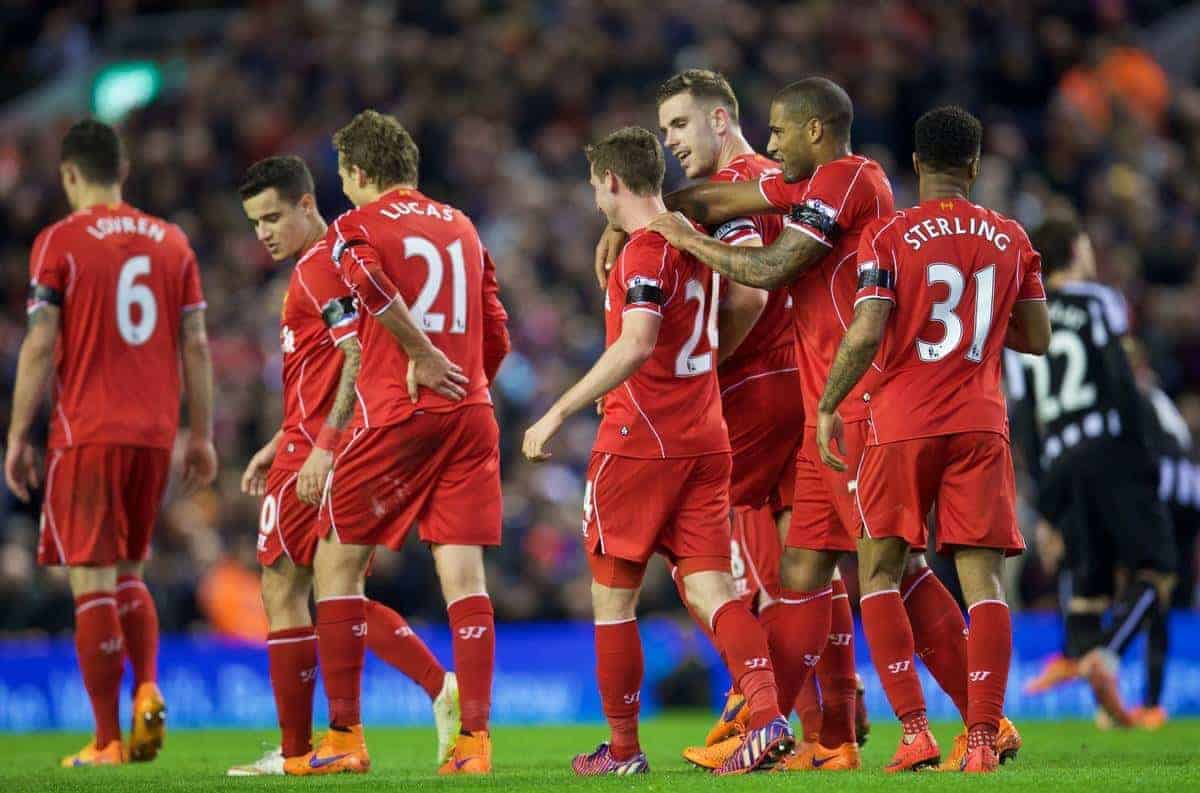 Captain Jordan Henderson admitted Monday’s 2-0 win over Newcastle was much needed as Liverpool put themselves back in the Champions League race after back-to-back league defeats.

Liverpool went into the match on the back of losses to Manchester United and Arsenal in the Premier League, having beaten Blackburn in an FA Cup replay in the meantime.

But goals from Raheem Sterling and Joe Allen gave Liverpool three points as they capitalised on Manchester City‘s ongoing slump in form to close to within four points of the top four.

“We knew it was an important game for us,” Henderson told Sky Sports 1. “Obviously the last couple of weeks in the Premier League have been disappointing both with performances and results.

“We knew today we needed to put that right and I think we did that with a great result for us.”

Liverpool had been in red-hot form prior to the those consecutive losses, and Henderson believes they have what it takes to put the pressure on City.

“We’ve got ground to make up but we’ll just keep going, keep winning in games and putting in performances,” he said. “Come the end of the season, you never know.”

After Sterling’s fine skill to open the scoring in the ninth minute, Allen capitalised on a defensive mistake to score his first Anfield goal with 20 minutes to go.

“It was great to get that goal to give us that two-goal cushion,” Allen said. “It wasn’t my best game but I got the goal and helped the team. It was important after the defeats.”

Newcastle had what looked a strong shout for a penalty when Dejan Lovren appeared to foul Ayoze Perez in the area, and Allen admitted he thought it was a spot-kick.

“I did get a good view of it as I’d missed the ball in the build-up,” he said. “It look a good shot for a penalty, but I didn’t get one the other night. These things happen.”

Newcastle manager John Carver was frustrated by the decision. “We had energy on the pitch, we caused Liverpool one or two problems,” he said.

“Huge decisions change games. I thought at the time it was a stonewall penalty.

“I can’t fault the effort we gave tonight. We have had a go – they gave everything.”

Liverpool manager Brendan Rodgers agreed that Newcastle could have had a penalty, but was full of praise for his side.

“Yeah. I thought on another day we could have had that given against us,” he said. “Our attacking intent was very good. We were bright and creative going forward, overall it was an outstanding performance, the players deserve a huge amount of credit.

“(Tonight was) very important. We knew we had to win tonight – Manchester City maybe have opened the door up for those below.

“We win our games we will see what happens, there are some twists left in it yet.”