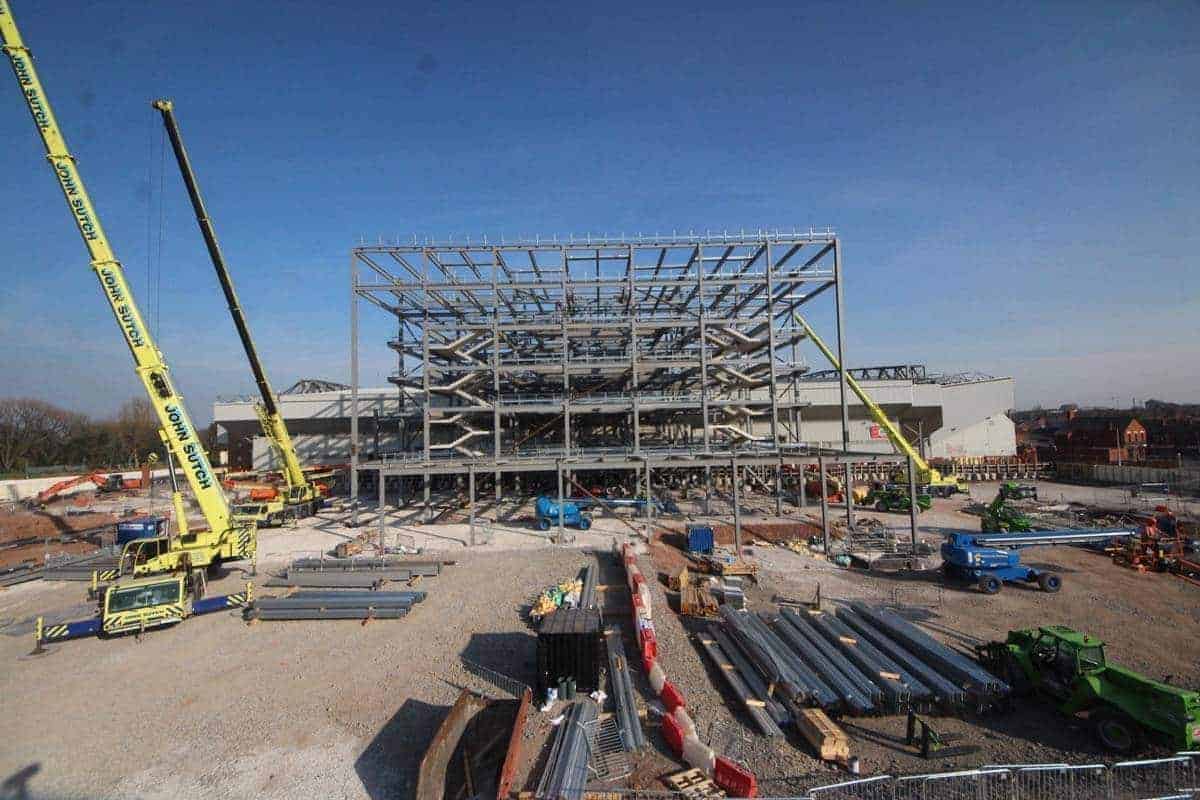 Work on Anfield’s new Main Stand continues to take shape at a fast pace, with the new structure now towering over the existing stand.

Liverpool FC explain that over the last couple of months, stairs and the metal decking that will hold the Main Stand’s new floor have been installed and all main foundation work has been completed.

The new structure has almost reached full height as the highest pedestrian floor level has been installed – it currently stands higher than the existing Main Stand, with an upper tier and roof still to be added.

Once completed (during the 2016-17 season) the expanded Main Stand will become one of the largest all-seater stands in Europe’s top divisions.

Building work began on January 8 this year, and cameras were installed overlooking the site, in order to monitor the expansion process carried out by the club’s construction partner, Carillion.

The steel framework will be almost complete by the end of the current season, with work then beginning on the roof.

The images below show the construction of the steel framework over the last two months.